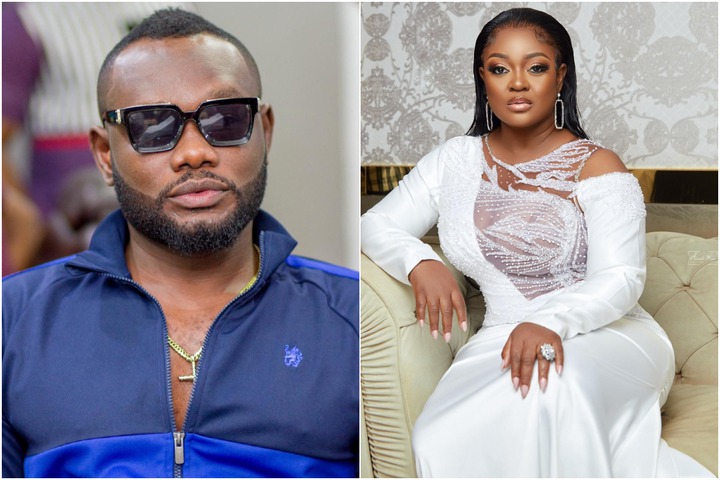 Jackie Appiah has managed to monopolise the internet space across Ghana and Nigeria after her colleague actress from Nigeria, Luchy Donalds filmed her super dope mansion during a recent visit and leaked it online.

Jackie who burst onto the scene in the youth-oriented TV series 'Things We Do For Love' produced over two decades ago, has instantly jumped to the top of the trends on social media thanks to Luchy who was blown away by her incredible aura and rich lifestyle.

The buzz centred around the mainstream actress is whether she single-handedly put up this huge and beautiful mansion from funds accrued from her acting career over the years or if she has 'unseen' characters supplying her with money after opening her legs for them.

Given this, a new wave of debate has sprouted questioning the actress' source of wealth as many believe her acting career couldn't have padded this comfort zone she finds herself.

Hours after the debate shrouded in trolling got highly concentrated, actor Prince Davido Osei has emerged to tilt the conversation in favour of Jackie.

According to him, Jackie has been very hard working from the preliminary stages of her career. He then listed most of her sources of wealth, revealing that she signed as a brand ambassador for a lot of companies many years ago even before she became a household name in Africa.

The actor then went off on those saying Jackie's lifestyle is being funded by politicians and fraud boys. He further used the opportunity to slam all the haters who have been measuring other actresses with the same rod in this regard.

Here's what he shared;

These ladies invest the monies they make from movies and other deals! When Jackie started doing UB40 TVC, Computer Ads was in Legon many years ago!! 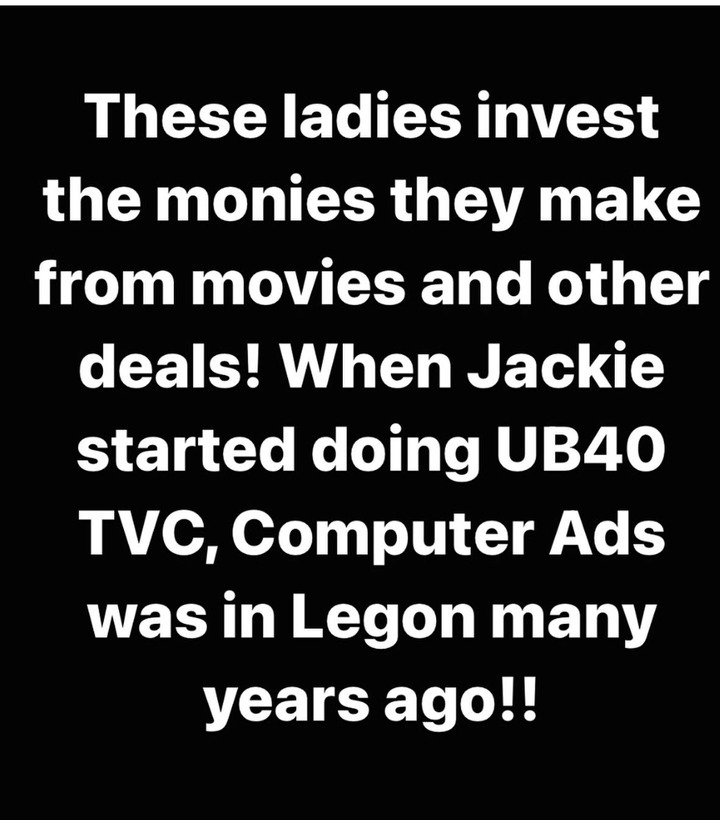