The current happenings in the country concerning some Prophets and their prophecies have led to a lot of problems and some Ghanaians also think that some positive should be done about it. The current incident that have got many people sharing their opinions is about Shatta Wale's fake gunshot prank, his arrest and the Prophet who prophesied about his death. In these few days, dancehall artiste Shatta Wale has been in the news for a different reason other than news about his music. Most Ghanaians have had conflicting ideas about the fact that he was arrested, besides the prophet Stephen Akwasi popularly known as Jesus Ahoufe caused all these problems.

Jesus Ahoufe on an Accra based FM, Accra 100.7 FM earlier this year prophesied that Shatta Wale will be shot. And according to Shatta Wale he intentionally faked that he has been shot just to know what Ghanaians police will do about the prophet and his prophecy. 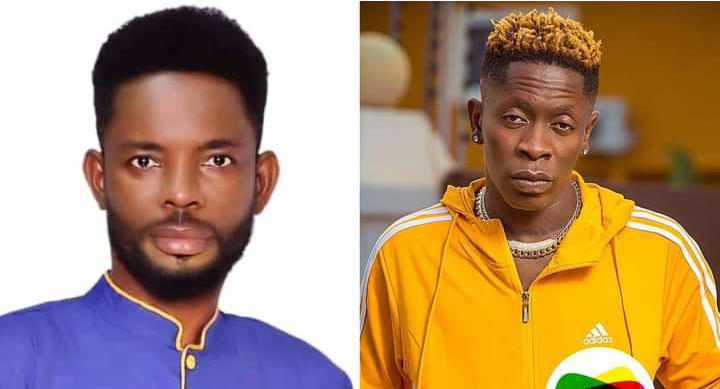 Shatta Wale and the Prophet were both arrested on the same day and Ghanaians think that something should be done about these unsolicited prophecies in the country.

Popular Blogger and CO-Founder of GHbase Chris Handler Has shared his opinion that, A law should be passed that will ban unsolicited prophecies in the country. Chris wants Parliament who passes or make laws to bar Prophet from making prophecies about people public. 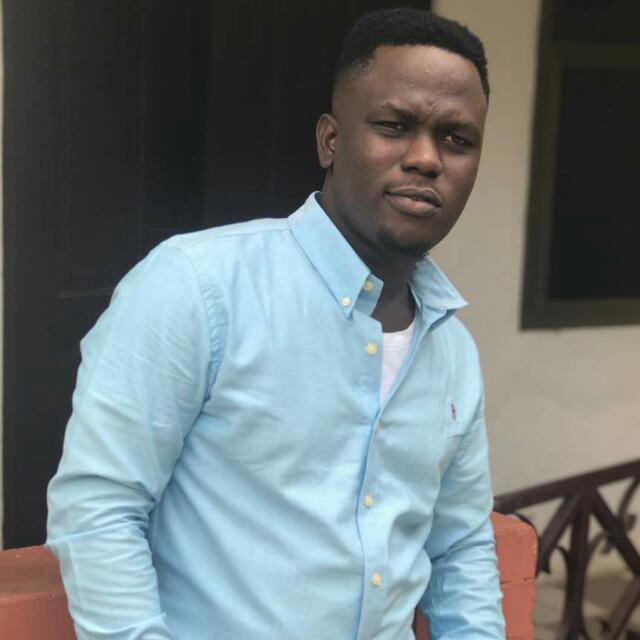 He said this when he was reacting to the news that Shatta Wale has been arrested. He claimed that, if the person is not your church member and has also not asked you to tell or reveal what you the Prophet has seen then you have no right to make it public. He also said that, since there can't be any evidence to show what is an authentic Prophecy or not then nobody should be allowed to reveal what they have seen about people who do not attend their church. 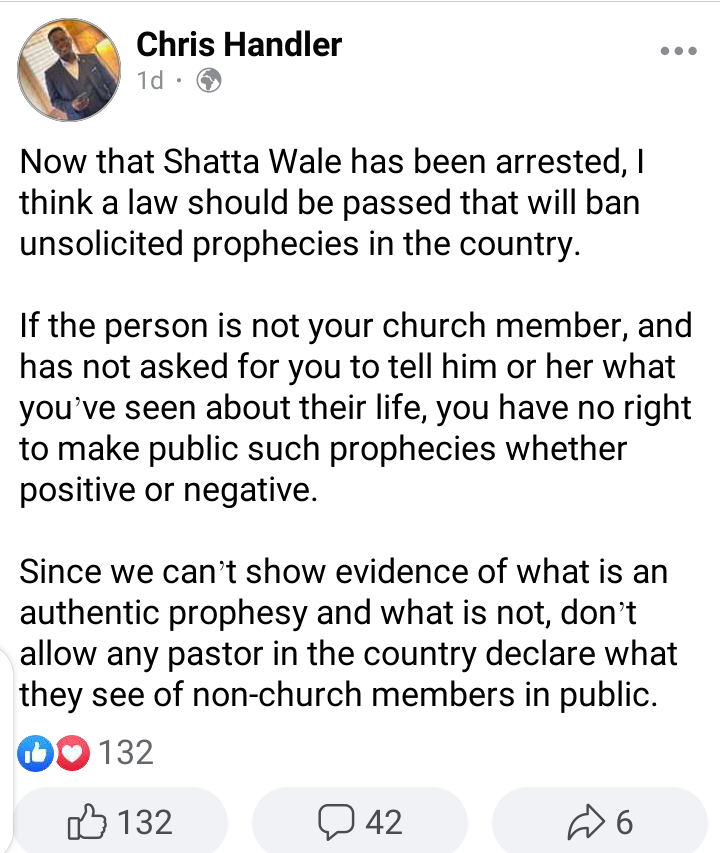 This post and opinion from the popular blogger is very good but will it be the same for the churches in this country?