The Rock Teams Up With Two Other Stars For Upcoming Thriller

By SirYorm (self meida writer) | 17 days 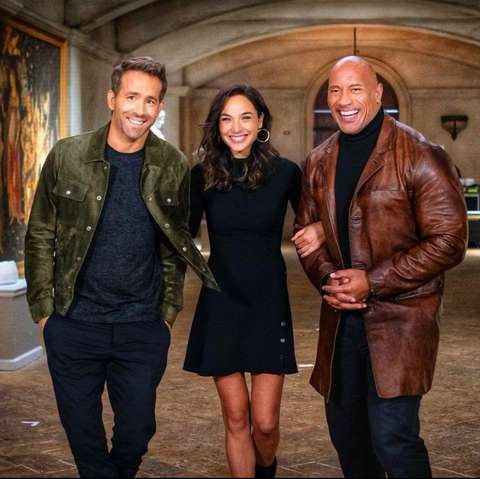 This year has already seen the likes of great releases from the various powerhouses of the movie production industry, we have got barely four months for the year to come to an end and there still seems to be some real hits incoming. Dwayne Johnson who starred already in Disney's " Jungle Cruise" which was released few weeks ago is set to appear in the amazing upcoming Netflix and Universal studios accredited movie_ Red Notice. This is no single star show as he is being joined by two other famous stars from the scenes_ Marvel's Deadpool actor, Ryan Reynolds and DC's Wonder woman, Gal Gadot.

The official “Red Notice” synopsis from Netflix reads: “When an Interpol-issued Red Notice — the highest level warrant to hunt and capture the world’s most wanted — goes out, the FBI’s top profiler John Hartley (Dwayne Johnson) is on the case. His global pursuit finds him smack dab in the middle of a daring heist where he’s forced to partner with the world’s greatest art thief Nolan Booth (Ryan Reynolds) in order to catch the world’s most wanted art thief, ‘The Bishop’ (Gal Gadot). 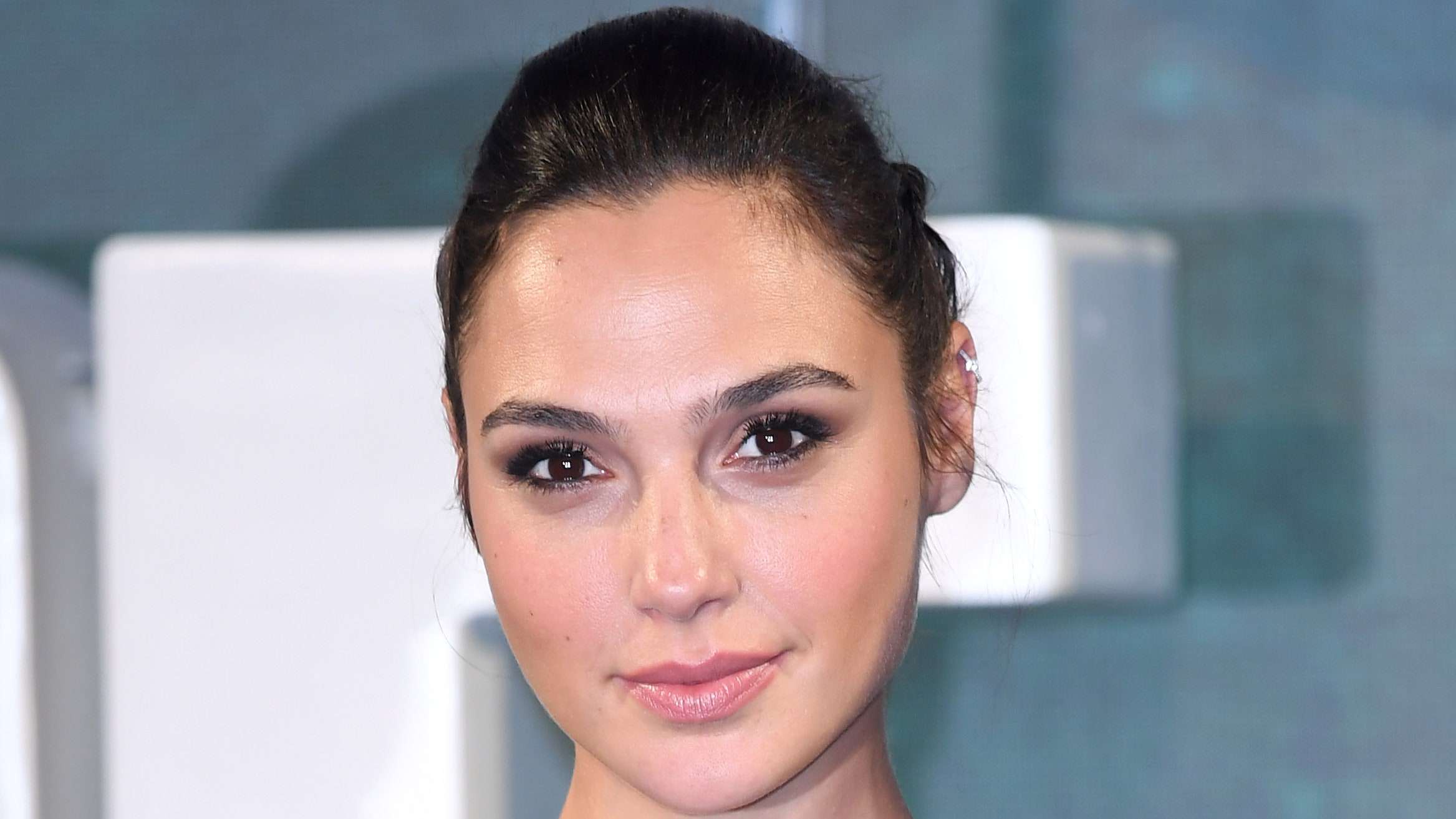 The high-flying adventure that ensues takes the trio around the world, across the dance floor, trapped in a secluded prison, into the jungle and, worst of all for them, constantly into each other’s company.”

A Novel Franchise In The Making?

Netflix is hoping that #RedNotice delivers massively at the box office as it plans to create a new action franchise for the fans. It would require something special to imitate successes of popular franchises like # Fast &Furious or #Transformers and they know it. That is why they took to uniting three of Hollywood's biggest stars on the planet_ a really smart move, I would say. 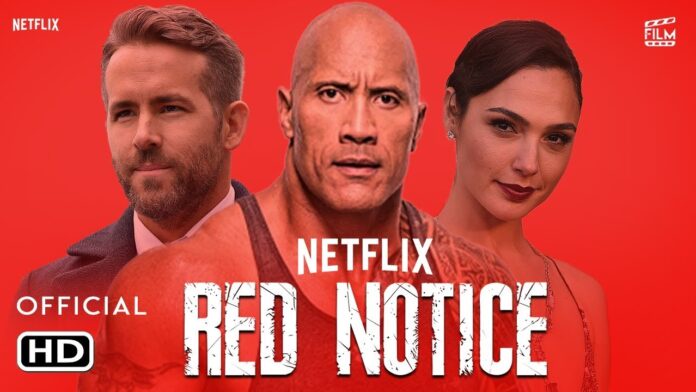 Universal studios had originally planned for # RedNotice to be released on June 2, of last year_ but Netflix took over and then announced in July of this year that it was going to be released in November. Red Notice launches globally on 12th November, the suspense I'm sorry is inevitable and you and I would have to wait for a while to see if this is indeed fit to become a new action series.

All three star actors seem very excited about the upcoming movie and have apparently already drawn their fans in too. The trailer was posted on social media by all three of them just yesterday and it happens to have already attracted millions of viewers. Dwayne Johson and Gal gadot both managed 3 million plus viewers on Instagram whilst Ryan Reynolds happened to have also attracted about 2.1million viewers as of this writing. Gal Gadot in her caption seems to give us a hint of being quite ahead of both The rock and Reynolds, underneath her post she captioned "The Ultimate game of wits is just getting started, @therock, @vancityreynolds see if you can keep up". 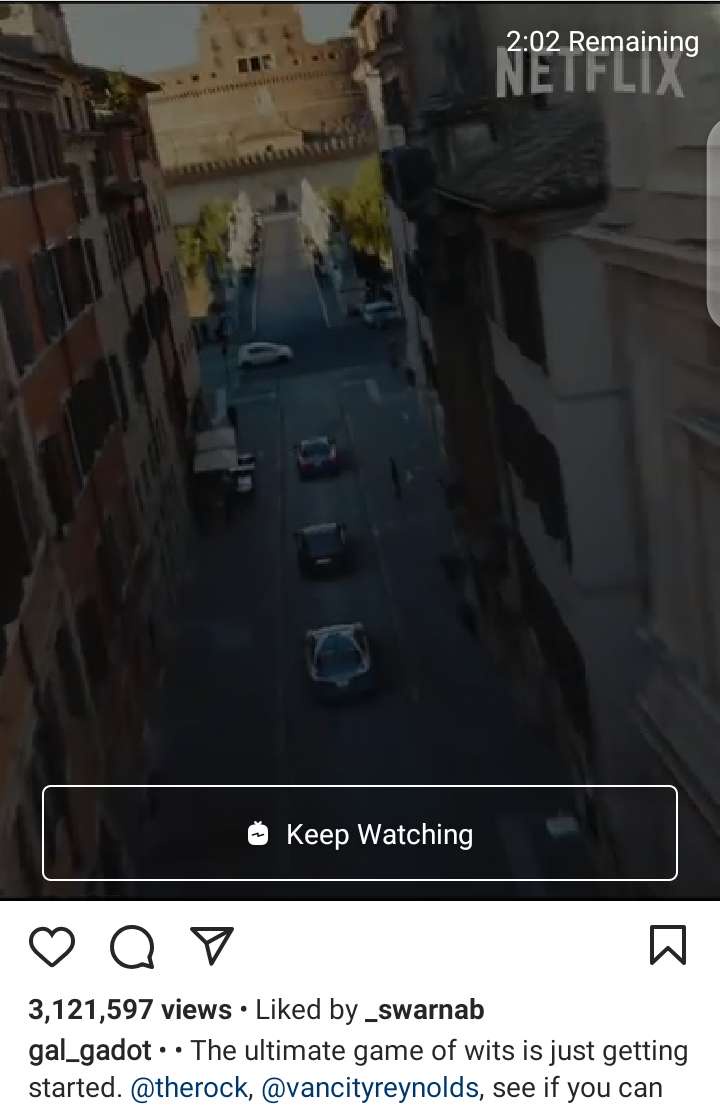 That sure is inviting, isn't it?

Well the rock on the other hand seems very optimistic about the impact of the movie as he added this as part of his rather lengthy caption " @gal_gadot, @vancityreynolds and I are bringing you @netflix's biggest film ever on November 12th" That also seems a very bold affirmation from the rock and should it really come to pass, it sure would be one of this year's successes not just for Netflix but Hollywood entirely. Ryan Reynolds the humorist that he is, decided to draw some laughter even in his caption_ he hilariously captioned " Despite how he looks at me in #RedNotice, @therock refused to change the title to Thomas Frown Affair. @gal_ gadot approved, for the record. Coming November 12th to @netflix". 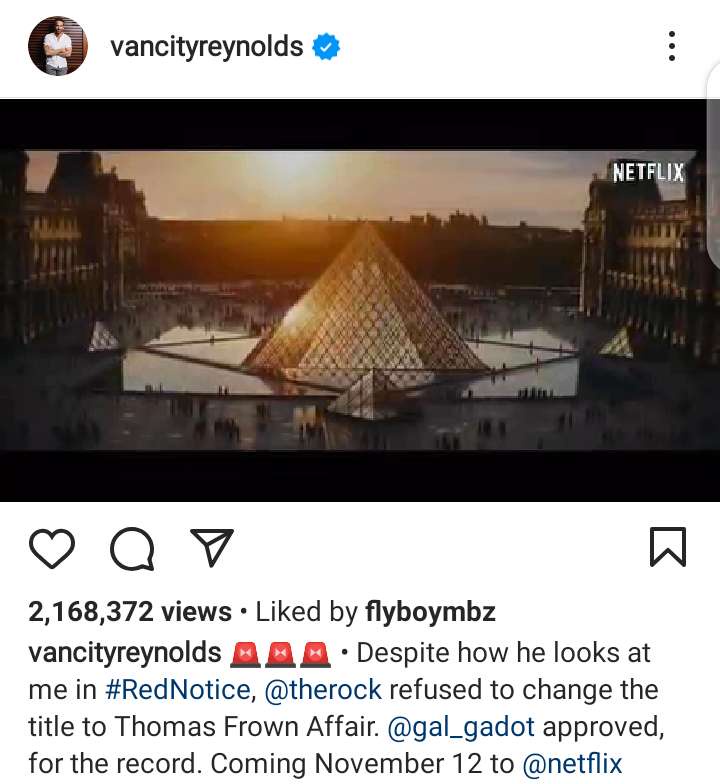 The Netflix official YouTube channel has also managed 1.5M views of the trailer as of now_ a number which is expected to rise up in the coming days.

#RedNotice is written and directed by Rawson Marshall Thurber who has had the opportunity of working with Dwayne Johnson on two movies in the past. The director worked with the actor in the 2016 movie " Central Intelligence" before also collaborating for "Skyscraper" in 2018. 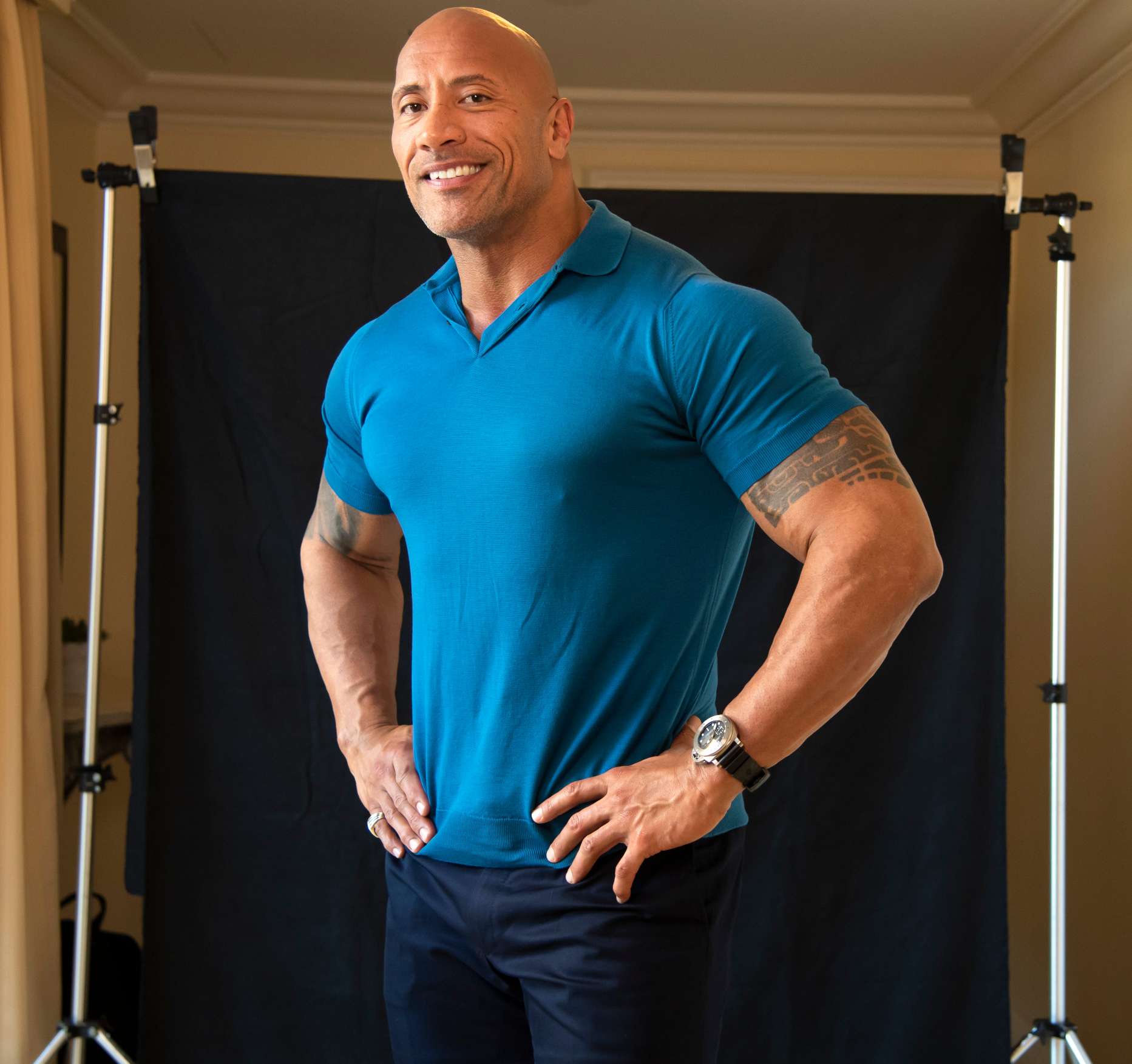 Dwayne Johnson is confirmed to have made quite a lot from a feature film for the first time_ he is said to have earned at least $20million from #RedNotice. Gal Gadot also for her role in the movie is reported to have made $20million which led to her being the third highest-paid actress in the world in 2020. Ryan Reynolds is also believed to have earned $20million from the movie, Dwayne is expected to earn more than both actors due to his role of as a primary producer. Apart from these three star actors, we have also on the cast Rita Arya and Chris Diamantopoulos as confirmed by the Hollywood reporter.

Do subscribe to avoid being left in the dark should any updates arrive_ see you in the next article.