By Noble_Eugene (self media writer) | 19 days ago

In an attempt to maintain a youthful appearance, actors and actresses have done their fair share of time in the plastic surgeon's office. A little injection here or there they can often get away with (though they may still be ridiculed by their choice to do so), but time after time, they come out from under the knife with a face full of mistakes.

Tara Donna Reid is an American actress. She played Vicky in the films American Pie, American Pie 2, and American Reunion, and Bunny Lebowski in The Big Lebowski. In 2013, she starred as April Wexler in the television film Sharknado, and went on to reprise the role in five sequels. Reid is now better known for her bungled liposuction and breast implant procedure, which she received in 2004. Her bumpy breast scars, however, weren't as disconcerting as her spoiled belly: "I had body contouring, but it all went wrong," she said on The View. "My stomach became the most ripply, bulgy thing." Reid underwent reconstructive surgery in 2006, and posed for Playboy in 2009 to show off her fixed plastic surgery. 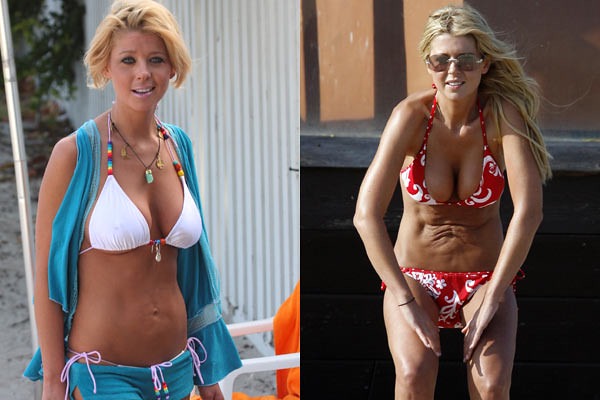 Donatella Francesca Versace is an Italian fashion designer, businesswoman, socialite, and model. She is the sister of Gianni Versace, founder of the luxury fashion company Versace which she inherited a portion of upon her brother's death. Vice president of the high-fashion brand Versace, Donatella, has gone through a series of surgeries since the 1990s. Among other adjustments, her most noticeable changes have been to her nose and lips, and her trademark swollen smackers. 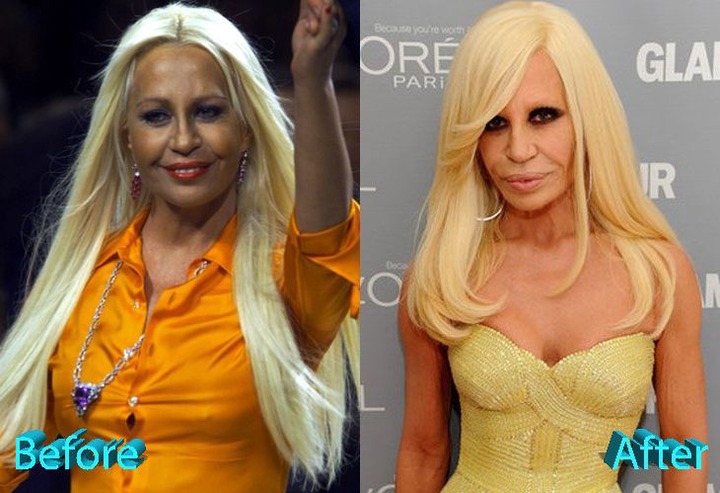 Jocelyn Wildenstein is an American socialite known for her extensive cosmetic surgery. The still-active New York socialite married into a wealthy art-dealing family and began experimenting with plastic surgery in 1997, shortly before the demise of her 20-year marriage. Having spent a reported $4 million on various procedures, which are speculated to include cheek implants and numerous facelifts, her dramatic changes have earned her the nickname "Bride of Wildenstein," along with "cat woman," due to her taut, feline-like appearance. 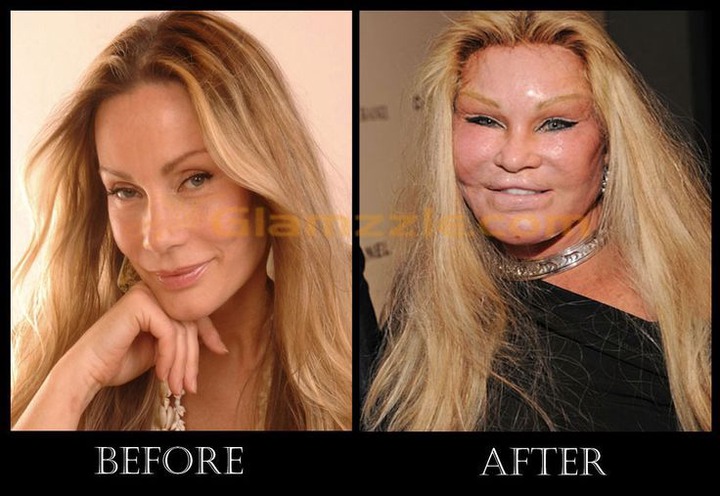 Check Out What Happened At Achimota This Morning

Naomi's semi-naked images are causing quite a stir on social media. (Watch)

I Promise. I Will Make You Sell All Your House In New Jersey: Kelvin Taylor Sends Message To Kennedy