The Apocalypse is Nigh - Netflix Series Lucifer Season 6 trailer

By Followtheboss (self media writer) | 3 months ago

In the trailer for the new season, Lucifer prepares to assume his place as God. 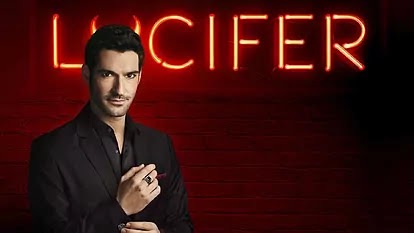 Lucifer, a Netflix Supernatural series, is entering its sixth season, and the trailer for the future episodes has been released.

The web-streaming service has offered a new peek at the show's final season, showcasing how Lucifer Morningstar prepares to take his place as God.

While Lucifer enjoys all of the luxury and leisure that heaven has to offer, he remains on Earth to tie up some loose ends, making a new enemy along the way, and highlighting his penchant for solving crimes and riddles.

Tom Ellis, according to comicbook.com, believes Lucifer will never be able to entirely abandon his calling as a mystery solver.

It's in his DNA now; there may be an odd thing to solve, but to be honest, he's got a lot of riddles to solve." At Comic-Con, Ellis elaborated.

The upcoming season's setting is also intriguing, with the teaser depicting Colombia in all its beauty, as viewers can expect a dramatic conclusion to the show, complete with dramatic battles and some really fancy dance.

When will you be able to watch it?

Season 6 will be released on Netflix on September 10, 2021, however the previous five seasons are now accessible to watch in full on the app if you want to catch up before the latest release.

Why is it coming to an end?

Season 5 was supposed to be the series' culmination, but many fans are questioning the rush with which the producers are trying to wrap up the plot arc.

The writers believed that being granted a sixth season by Netflix provided them with the ideal opportunity to appropriately wrap up all of the various characters' stories.

They'll tell the same tale they've been preparing all along, but they believe that adding another season will allow them finish it in the most natural way imaginable.