By Selassiegh (self media writer) | 9 months ago 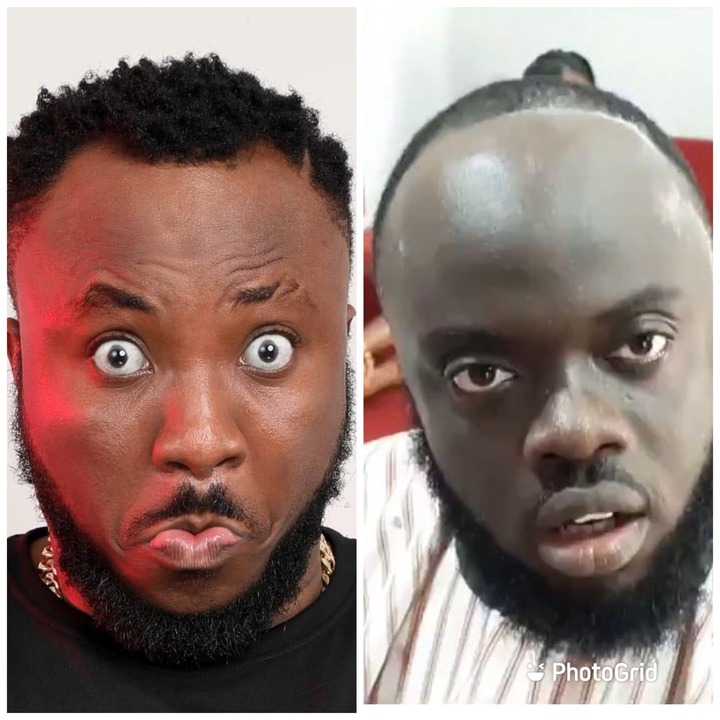 Entertainment “beefs” which keeps popping up each and every day is very good for the entertainment industry, even though some of these “beef’s” are staged whiles others are personal.

It seems the beef between DKB and Kwadwo Sheldon isn’t ending anytime soon as the Ghanaian Stand - Up comedy  act,TV Presenter , Actor, and Event Host, Derick Kobina Banney popularly know as DKB Ghana has in a post on his official Facebook page thrown shots at popular content creator, Kwadwo Sheldon tagging him as block headed.

Popular YouTuber and content creator Kwadwo Sheldon has been noted to be one who is always attacking and making fun of people on his platform where he is seen doing music reviews and “yawa of the day”.

Some time ago it was noted that the social media influencer and content creator made mockery of Ghanaian comedians using his platform saying they aren’t serious with their crafts and also making abysmal comments about them.

It seems this act from Kwadwo Sheldon hasn’t been going on well with Ghanaian Comedian DKB as he took to Facebook to lambaste him for always looking down and disrespecting peoples craft.

In his post DKB stated that he Kwadwo Sheldon disrespected GH comedians but later comes to steal their jokes and also use on his platform.

He added that the Content Creator is an unintelligent block head who does quack review of songs until Bishop Obinim aced him with just one music review.

DKB in his submission used foul words on the YouTuber saying he is uncultured for disrespecting the wife of a celebrity because the said celebrity said he doesn’t know him.

DKB’s comments comes after Ghana’s fastest rapper, Sarkodie in an interview with Abeiku Santana on Okay Fm 101.7 stated that all the attacks and jabs from Kwadwo Sheldon doesn’t get to him because he is not someone he pays attention to.

Here is What DKB has to say in his post as he attacks Kwadwo Sheldon ……..

You disrespected we Ghcomedians but U were busy stealing our jokes.

Someone says he doesn't know U & U disrespect his wife? 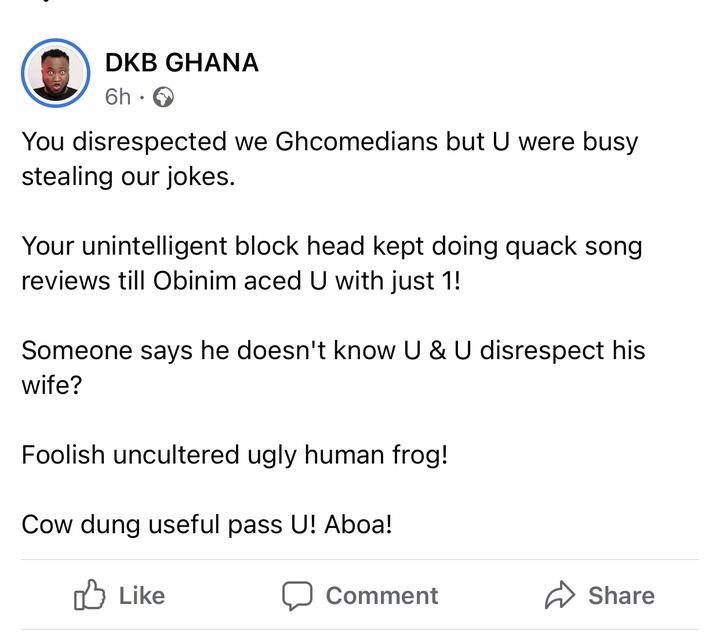