By NazirHamzah (self meida writer) | 20 days 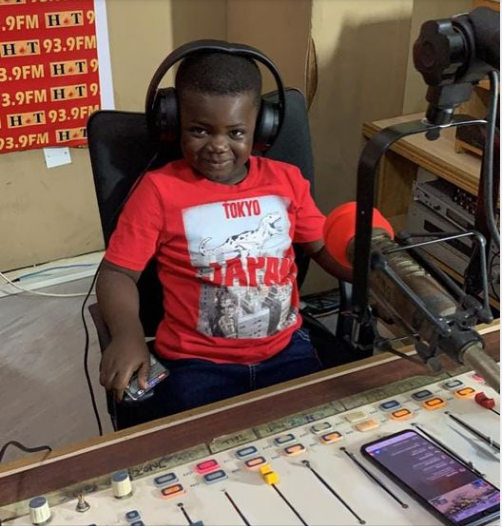 A Five-year son of a late sports presenter of Accra based radio station took over from his late father to host the sports program on the radio station.

Gary Opoku Agyemang who is the son of the late Justice Opoku Agyemang formerly of Accra based Hot FM was in the studios of the station to anchor the sports program his father used to host.

The late Justice Opoku Agyemang who was widely known in the media fraternity as Bigality passed away last month after a short illness at the Korle Bu teaching hospital.

Months after the pain of losing a worker the management of the Radio station decided to bring the son of their former worker to the studios of the station to practice what his father used to as a profession.

The five-year-old did not disappoint as he gave listeners of the sports program elements of what was in his father in his presentation.

The Young boy disclosed that he has a passion for the job and for sports in general thus will be glad to become a sports presenter in future.

Isaac Osei Emmanuel, widely known as Stonches the Black Soldier was poached by management of the station from Sikka FM in Kumasi and is now the substantive host of the program after the demise of the late Justice Opoku Agyemang.

Content created and supplied by: NazirHamzah (via Opera News )