By ChinubuGH (self media writer) | 6 months ago 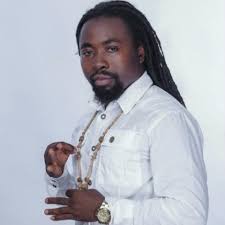 Michael Elliott Kwabena Okyera Darko popular known as Obrafour, other names include Executioner and Rap sofo born1976, a Ghanaian hiplife musician and rapper. the unique style of two rapping and storytelling lines makes him outstanding among his fellow musicians.

He has identified himself with his popular hit debut album"pea mu ka" for which he won three awards during the 2000s edition of Ghana Music Awards is arguably one the best-selling album in Ghana.

His musical influence came from his mother while in high school he put together a quartet that sang gospel song.later his friend introduced him to the art.He attended audition and performance sessions and met Hammer who was then an amateur beat maker.

Hammer facilitated a deal between obrafour and Abraham OheneDjan and later part of 1999,"pea mu ka" indeed Obrafour is sensational musician who has seen it all in Ghana and across the globe.

Content created and supplied by: ChinubuGH (via Opera News )