By Nhii_Sylensa (self media writer) | 1 year ago 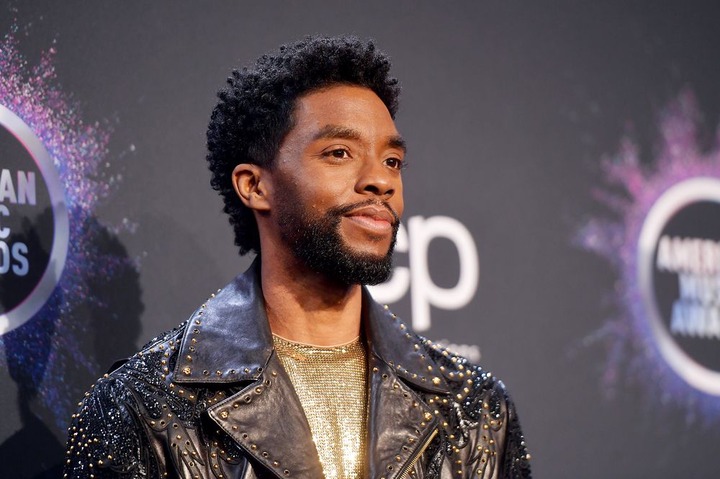 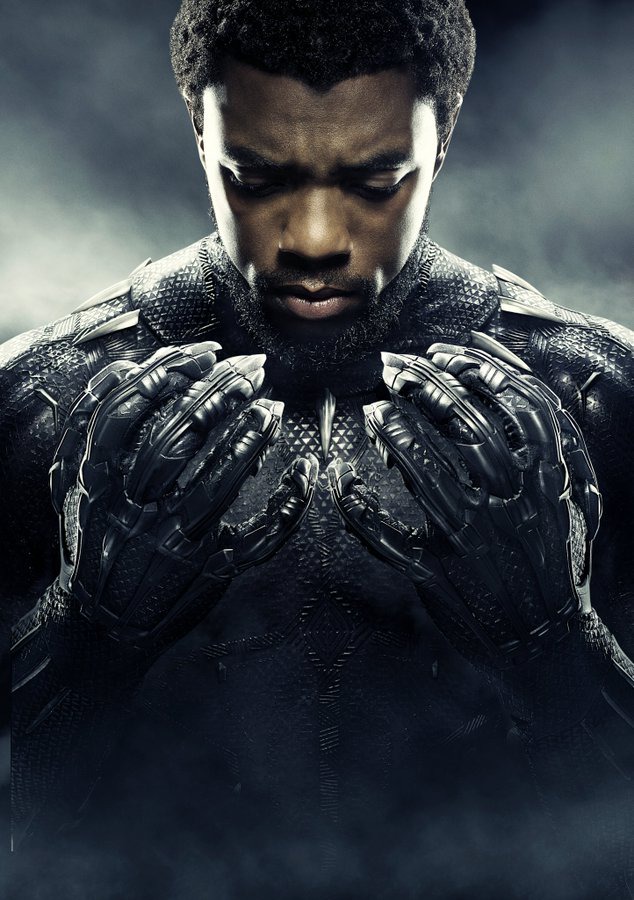 “A true fighter, Chadwick persevered through it all, and brought you many of the films you have come to love so much,” his family said. “From Marshall to Da 5 Bloods, August Wilson’s Ma Rainey’s Black Bottom and several more - all were filmed during and between countless surgeries and chemotherapy. It was the honor of his career to bring King T’Challa to life in Black Panther." 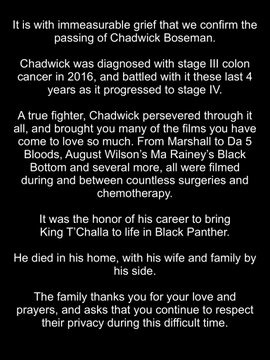 Born in South Carolina, Boseman graduated from Howard University and had small roles in television before his first star turn in 2013. His striking portrayal of the stoic baseball star Robinson opposite Harrison Ford in 2013′s “42” drew attention in Hollywood and made him a star.

A year later, he wowed audiences as Brown in the biopic “Get On Up.”

Boseman died on a day that Major League Baseball was celebrating Jackie Robinson day. “His transcendent performance in ‘42’ will stand the test of time and serve as a powerful vehicle to tell Jackie’s story to audiences for generations to come,” the league wrote in a tweet.

Expressions of shock and despair poured in late Friday from fellow actors, athletes, musicians, Hollywood titans, fans and politicians. Viola Davis, who acted alongside Boseman in “Get On Up” and an upcoming August Wilson adaptation, tweeted: “Chadwick.....no words to express my devastation of losing you. Your talent, your spirit, your heart, your authenticity.”

“This is a crushing blow” actor and director Jordan Peele said on Twitter.

Disney executive chairman Bob Iger called Boseman “an extraordinary talent, and one of the most gentle and giving souls I have ever met. He brought enormous strength, dignity and depth to his groundbreaking role of Black Panther.”

His T’Challa character was first introduced to the blockbuster Marvel movies in 2016′s “Captain America: Civil War,” and his “Wakanda Forever” salute reverberated around the world after the release of “Black Panther” two years ago.

At the 2019 Screen Actors Guild Award, “Black Panther” won best ensemble, electrifying the room. Before an auditorium full of actors, Chadwick Boseman stepped to the microphone. He quoted Nina Simone: "To be young, gifted and black,” and put the moment in context.

“We know what it’s like to be told there isn’t a screen for you to be featured on, a stage for you to be featured on. ... We know what’s like to be beneath and not above. And that is what we went to work with every day,” said Boseman. “We knew that we could create a world that exemplified a world we wanted to see. We knew that we had something to give.”

Content created and supplied by: Nhii_Sylensa (via Opera News )