Nana Aba Anamoah challenges Delay to come for an interview.

By Official_CourtHours (self meida writer) | 1 months

Doris Frimpong Manso, popularly known as "Delay", is a television and radio show host, producer. She started her broadcasting career in 1999 at Nkawkaw at the age of 17. Delay later moved to Top Radio in 2005 in the greater Accra region. In the year 2007, Delay was hired by then time newly established Oman FM. Whilst she was working with Oman FM, Delay started her television program, the Delay Show in 2008 on TV3. On her show, she interviews celebrities n the country. Her question was too deep to the extent that many get panic when she calls for an interview. Her show became one of the most popular shows in the country at that time. 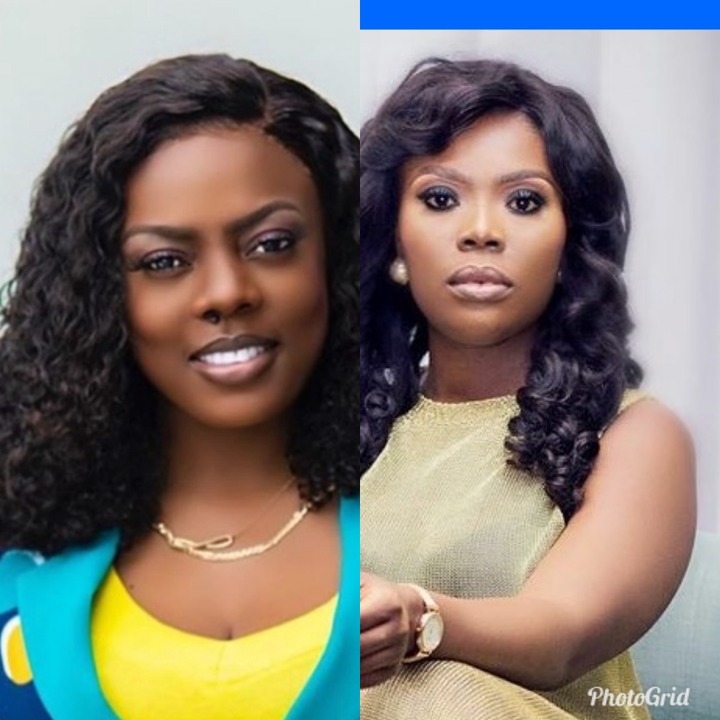 Nana Aba Anamoah is also a Ghanaian media personality. She is currently the General Manager of GHOne TV and Starr 103.5 FM. She Is one of the media personalities who are good when it comes to interviewing. She was awarded as a News Anchor of the Year 2004. At that time delay was a Presenter with Life FM in Nkawkaw in the Eastern Region of Ghana. Nana Aba Anamoah challenges Delay to come for an interview. She says Delay has been avoiding her since 2008 despite several attempts to have her interviewed. 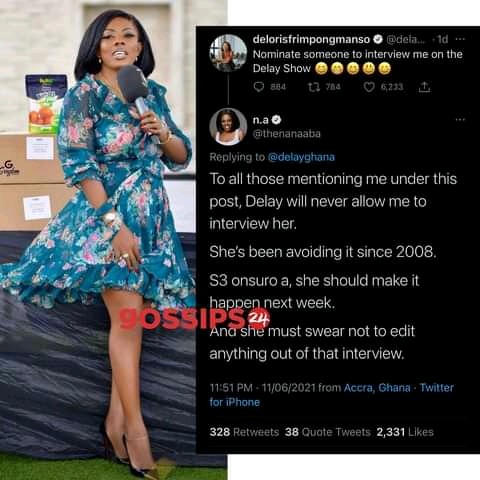 She writes," To all those mentioning me under this post, Delay will never allow me to interview her. She's been avoiding it since 2008. "se onsure" a, she should make it happen next week. And she must swear not to edit anything out of that interview."

Content created and supplied by: Official_CourtHours (via Opera News )

If You're Feeling Sad Or Depressed, See 5 Foods That Can Help Improve Your Mood