By AduanaBa (self media writer) | 3 months ago 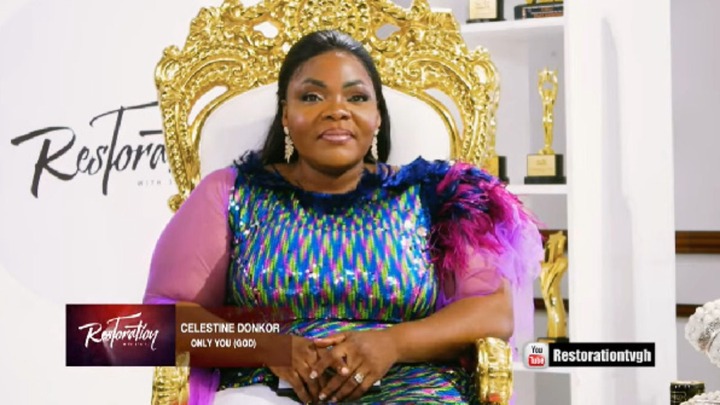 Sensational Gospel Musician, Celestine Donkor has mentioned one Ghanaian public figure who helped in making her dreams of achieving excellence a reality.

He said this man, though not too known to be seen giving such alms to those who needs it, played a huge role in her life and since that day, her life has not been the same after he placed her on a high pedestal to showcase her talents to the world.

In an interview with Okyeame Kofi's wife, Stacy Amoabeng on her "Restoration" show which is aired on Angel TV, she finally mentioned that if not the renowned former international Ghanaian boxer, she would not have been who she is today.

According to her, she clashes with the Boxing Professor, Azuma Nelson after a church ministration and he sponsored her second cycle education. The award winning Musician was not shy to mention that she comes from a humble home and it was difficult for her to continue with her education after she completed Junior Secondary Education.

Celestine said she was the best student during her time. She completed school with distinction and all of her friends were going to the secondary school but she was home, crying and praying with her mother for help. 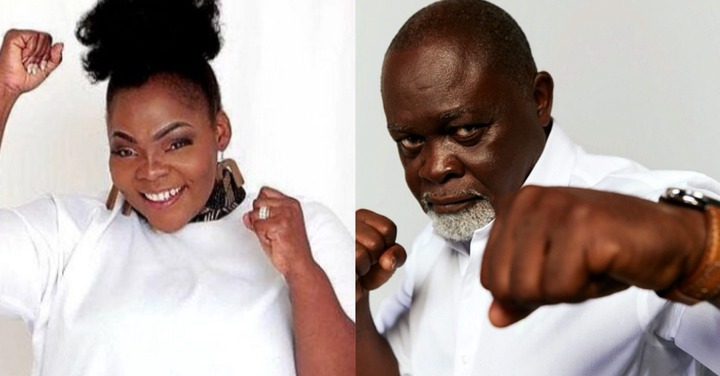 Though she got admission to go to Labone Senior High, she could not pay her fees and gain admission on time. As a result, she resorted to attending a private school. This was after she saw an advert on television about Insaaniya Secondary School in the Central Region, Kasoa. There, she schooled and completed.

The magic according to her account happened when she was asked by her school mother to visit them at church of which she obliged, went to minister and people showered her with money.

So, after service, she was told a man wants to see her. She went and this man asked her to bring her parents and she was later told that he wants to sponsor her in school. The emotional Celestine said it was later that she got to know that this man was Azuma Nelson, the famous boxer.

The celebrated Musician also advised the upcoming Musicians and even the youth to be steadfast with their faith in God, continue to be good unto others, and keep working hard to push their music career to change the world.