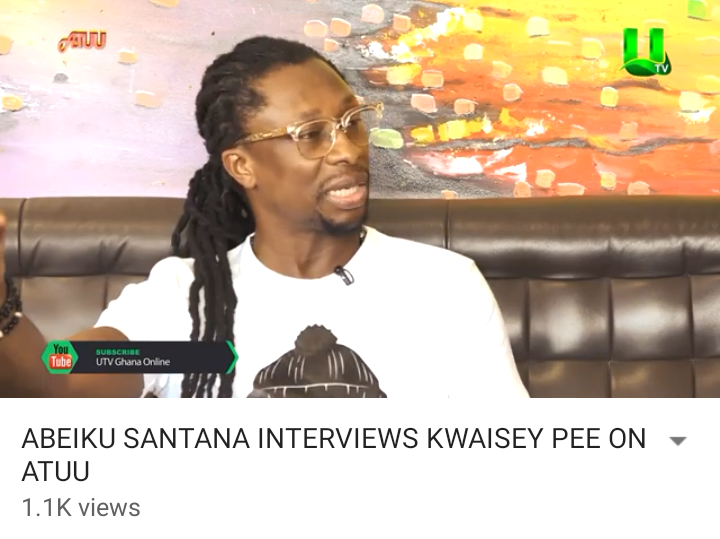 Kwaisey Pee is a popular musician in Ghana and he is noted for his expertise in providing love songs. Abeiku Santana interviewed Kwaisey on UTV's ATUU show and there were many revelations about themselves that many Ghanaians may not know. Kwaisey explained why he does not feature the upcoming artistes on his songs. According to Kwaisey, most of the young artistes do not honour his invitation for features and that has discouraged him from paying attention to these artistes. He explained that he only seeks to improve himself and to continue as a solo musician providing only quality songs. Kwaisey further explained that he established his own label more than twenty years ago. He also mentioned that his first producer is alive even though he can not recall when he heard from him.

Abeiku Santana recounted the ordeals that Kwaisey went through to promote his past songs. Abeiku explained that he used to accept some amounts for promotions from Musicians and Producers. He recalled how the former producer of Aplus used to send Aplus to buy food for Abeiku from Odo Rice all in the name of promotions. Kwaisey Pee also mentioned that his style of music is unique and he explained why he would not like to work on a song with Wendy Shay.

Kwaisey also explained that his taste differs from that of other musicians and he described Kuami Eugene's song as 'Borga Highlife'. How do you find the revelations made by Kwaisey Pee and Abeiku Santana? What are your thoughts on the ongoing discussion?