By ElliotB.Bortey (self meida writer) | 16 days 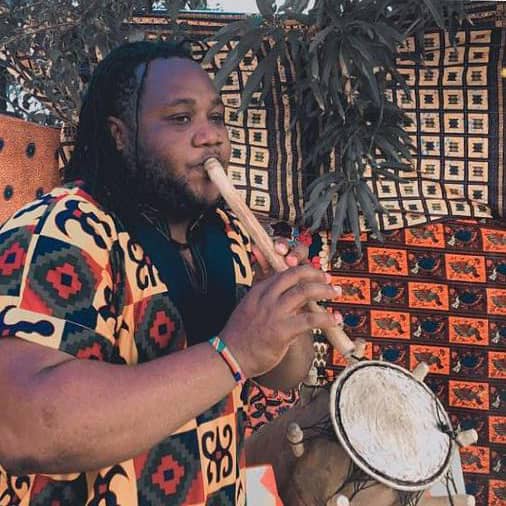 A legend comes from Nungua, a town in the greater Accra region, where most champion immerges.

Charity, begins at home is a proverbial utterance, but this couldn't become much evidenced in the life of the Otu Laryea's family of Nungua.

Richmond Laryea a percussionist was born, bred and brought up by Asafoatse Nii Laryea Akuaku from Nungua.

Nii Akuako was a drum maker in Nungua, a job he carried out with much expertise and perfection. He later form the "Efee Noko" Cultural Group in 1981. 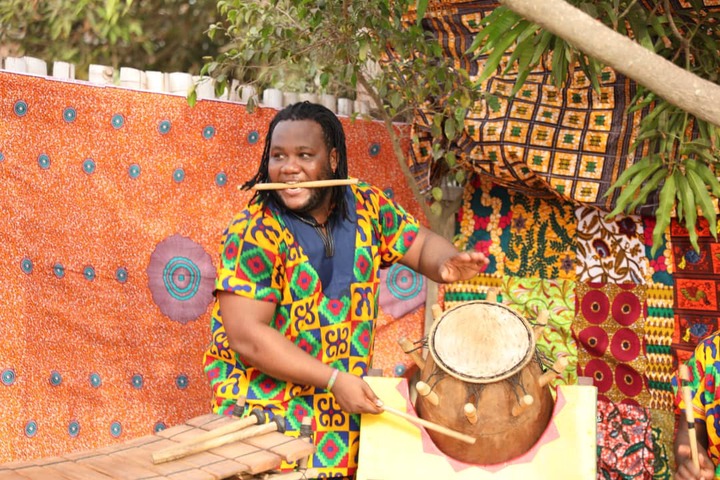 This group travelled across the country, making waves in gigs and folk band, which won them great competition and thus representing the state in traditional music festivals.

The group was doing extremely well until they travelled to Aklowa African village in London,  which led to the disbandment.

Most of the members had offers from other continents where arts and culture seem to be gaining momentum.

Some had offers to Australia, Germany and other European destinations about three decades ago.

But as the saying goes, "charity begins at home", young Richard Nii Laryea Otu, took some few drumming skills and expertise from His father, which led to the revival of the "Efee Noko Cultural Group" as his senses have been alert from childhood.

Today, the young talented percussionist has a grab on other instruments such as the Keyboard and the xylophone.

Richmond, the leader of the group can play the percussion in the blend of Highlife, Jazz, Afrobeats, Reggae or Afro-rock. 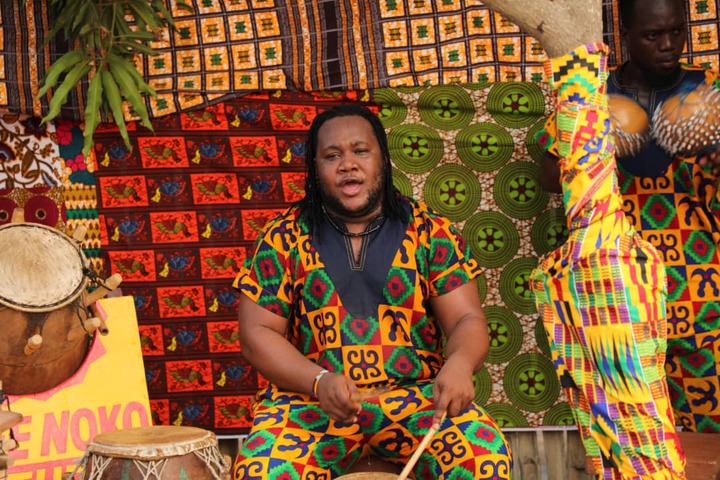 The "Efee Noko" band at Nungua, can currently boast of twenty membership, with Richard Nii Laryea Otu, standing tall as a force to reckon with, a pride of Ghana, West Africa.

Today, young Richmond had played a pivotal role in other bands such as Indigenefrika, an offshoot of the late Nana Danso Abiam's Pan Africa Orchestra.

Richmond's excellent delivery style, got him to contract with Kusum Ensemble, Ben Brako and great Gospel artists including the likes of Gifty Osei, and other immerging artists.

"My musical activity keeps me out of social life, due to its time-demanding nature", young Richard Laryea Fio reiterated to Opera News.

The young talented Percussionist believes, he can do better to expand his career, and he will live no stone unturned in realising this quest.

Content created and supplied by: ElliotB.Bortey (via Opera News )