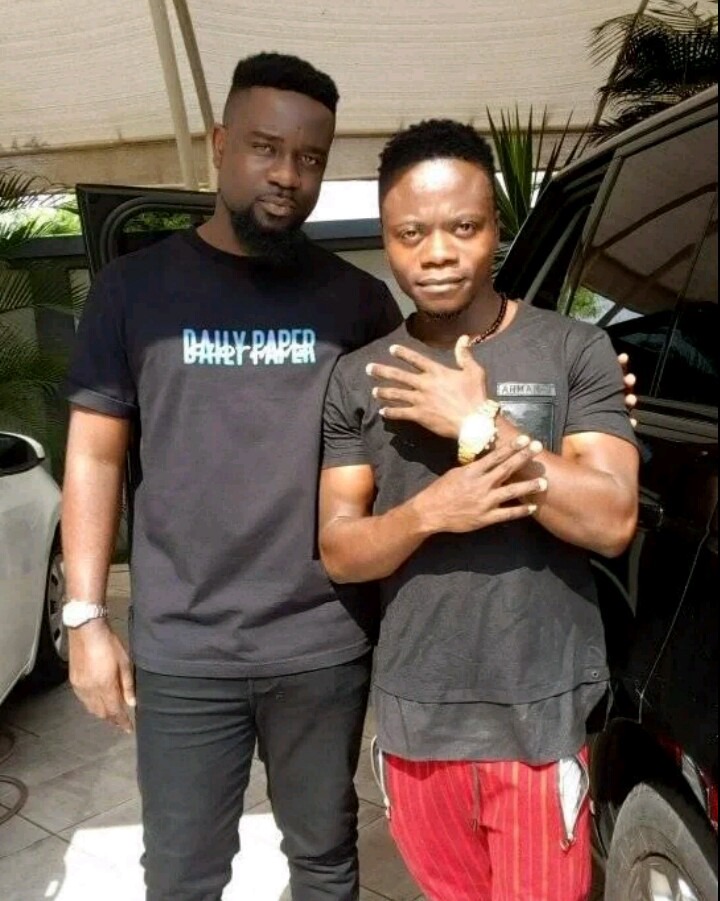 From the story of Akwesi Stranger, Sarkodie's former house help who came to Accra from Sefwi in the year 2017 with two solid dreams, how he was a squatter and hawking items in the street of Accra. Things even went worse to the extent of towing a blind person to beg for alms to make ends meat, before meeting Black Nana, one of Sarkodie's chief bodyguards at Tema Comm. 8 and owning to how industrious Akwesi was, it eventually landed him in Sarkodie's residence at Lashibi as his house help. Working for the Superstar, Akwesi was exposed to a very comfortable life far above his previous living, then all of a sudden, "boom" earlier this year, an unexpected door opened for him and left for Germany when his boss, Sarkodie and his family were outside the country. The worse he did was he never informed Sarkodie prior to his travelling and also left behind Sarkodie's property (house) entrusted in his care. Through the life story of Akwesi Stranger, from he moving from Sefwi to Accra, having no particular place to stay in mind, his plight in the streets of Accra and the good life he now lives inspire and accord one to deduce these great lessons: 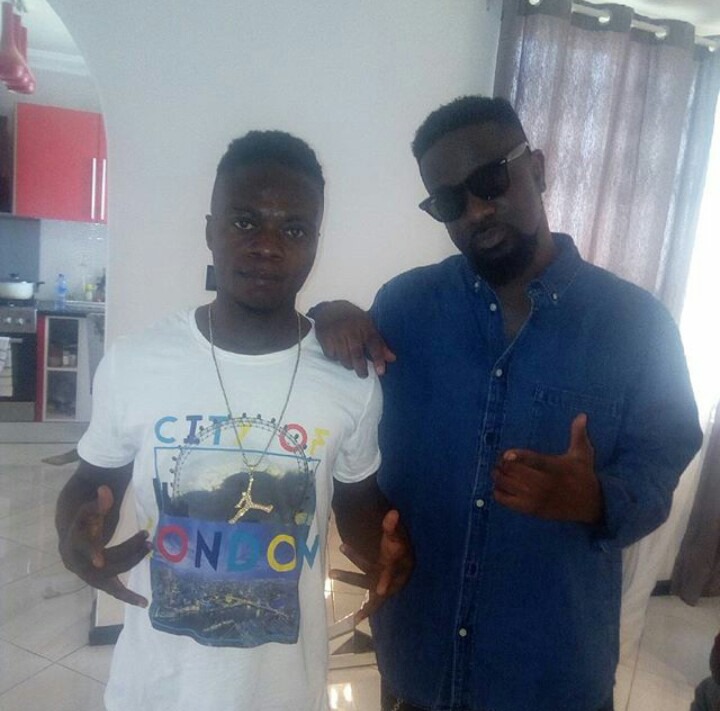 To commence, every individual must have dreams and focus on those dreams till the end.

Akwesi Stranger started off as a rapper among a trio known as 3 wise in Sefwi town, he left the town for Accra with two solid dreams. One, to meet King Sark in person and two, to travel abroad. Akwesi was strongly focused on these two dreams even when he was wandering in the streets of Accra, things were very tough for him and scarcely had a square meal and things never looked like he would be even close to these dreams but he never let go. He was focused and things eventually turned in his favour and both of his two dreams of meet Sarkodie and travelling abroad came to fruition.

Second, in life we must take a step of faith.

From the story, Akwesi Stranger took his destiny in his hands and decided to leave Sefwi town for a place he had no idea of, this is a typical example of rural - urban migration. He left with no particular place to stay in Accra but faith made him took that step, he had the assurance that his dreams will materialize should he leave Sefwi town, he knew his dream of meeting King Sark will remain to be a dream if he stays there. Faith indeed propelled his feet to take a step and it was eventually worthwhile. I know by now he would be proud taking that step of faith. This has changed his life completely forever to the better. We must take a step of faith in life at a point in time and being rest assured that it will pay of some day. 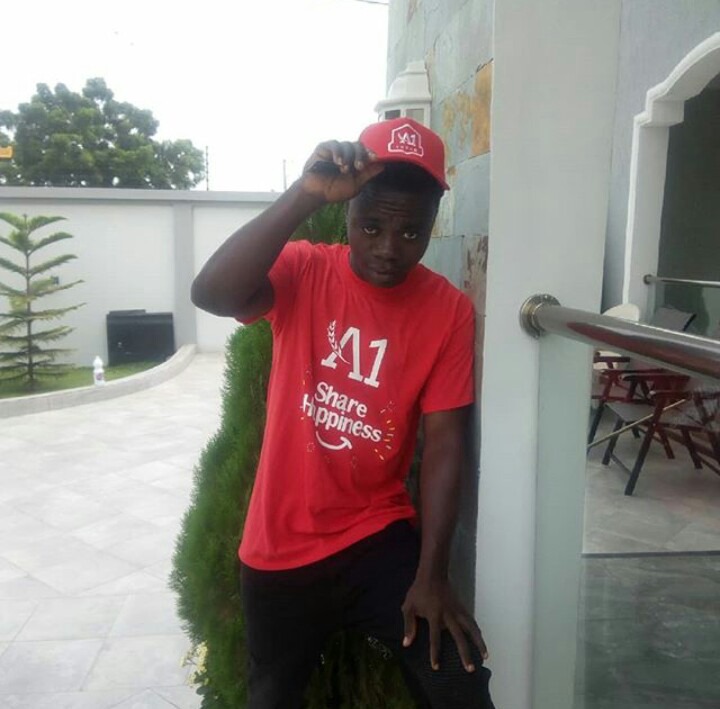 Third, we must attach to people who can assist make our dreams possible.

As a result of Akwesi Stranger being a Sark Native from the onset, he usually following anything about Sarkodie, be it music, video, social media etc. He was somehow familiar with some of the people in Sarkodie's clique from afar in videos. So he was able to recognize Black Nana, Sarkodie's chief bodyguard when he first met him in person. He became close to him by washing his car always knowing for sure that his dream of meeting Sarkodie somebody will be fruitful through him. This came to pass that it was through Black Nana, Akwesi had his dream come true by meeting his role model and not only that, but also working for him in his house. In life, we must make sure we locate the people whom we are hopeful can help make our dreams come true and associate with them.

Also, we must be industrious in life.

Hard work they say never breaks bones but pays off. Even in the street of Accra, Akwesi was very hardworking, he never became idle whilst hoping for his dreams to come to fruition. He did several menials jobs, he hawked items in the streets of Accra, he towed the blind to beg for alms and slept under bridges. In Tema Comm. 8, he washed Black Nana's car regularly and due to this virtue he found himself in Sarkodie's residence as house help. While in Lashibi with Sarkodie, he never relented but worked harder for his boss and that landed him where he is now. Whatever we find ourselves doing let's do with all our might, you don't know who might be watching and that will change your life completely for the better. 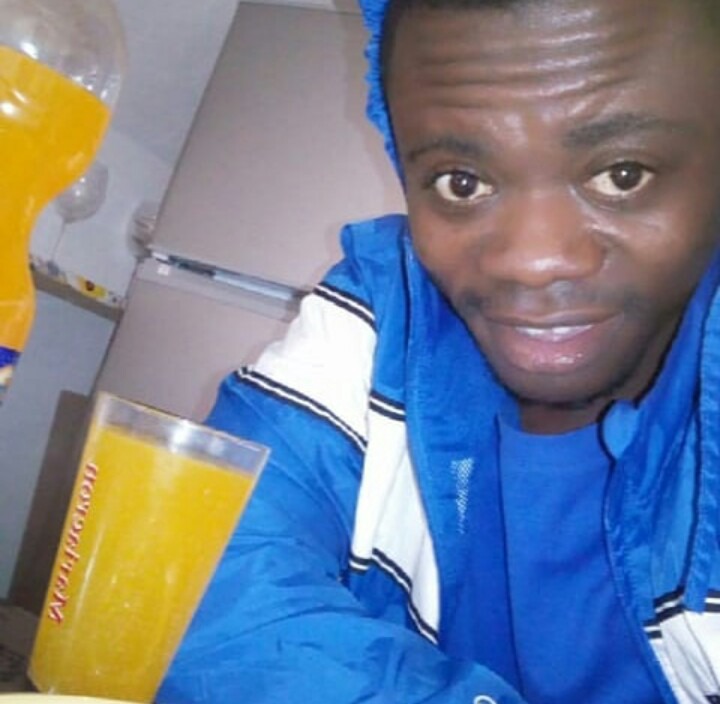 Penultimately, we must grab opportunities when they come knocking at our door.

Many people upon, hearing the story of how Akwesi managed to travel to Germany, developed the that view that Akwesi shouldn't have left while his boss was out of the country and everything was in his care. But the question is, would you have left this rare opportunity to slip off your hands? Opportunity comes but once, folks, you don't waste time when such opportunities come knocking at your door. It was rather unfortunate on his part that the opportunity came when Sarkodie and his family were out of town and the only mistake he did for not calling to inform him initially about his travelling intention. Aside these he didn't do right, you will bare me out that he made a good decision by opting to travel and if he hadn't grabbed this opportunity, it could have thwarted his dream forever. Please, never let rare opportunities that will catapult you into great fortunes pass you by.

Last but not least, we must be grateful to people who helped us up and apologize when we offend them in any way.

When Akwesi found his way at the top he never forgot those who helped him up. His boss, Sarkodie and his madam, Tracy Sarkcess, Black Nana and those around Sarkodie who were very good and cool with him. When he finally realized that he erred for not informing Sarkodie about his leaving, he called on people and Sark natives to help him apologize to his former boss. He was indeed remorseful and apologized sincerely in public. We must always look back in life and be grateful to God and whoever offered us assistance to get to where we are now in life, we must learn to develop the attitude of gratitude. Again, we must apologize when we offend people no matter out status in life and be mindful that, karma always stares from a close corner. 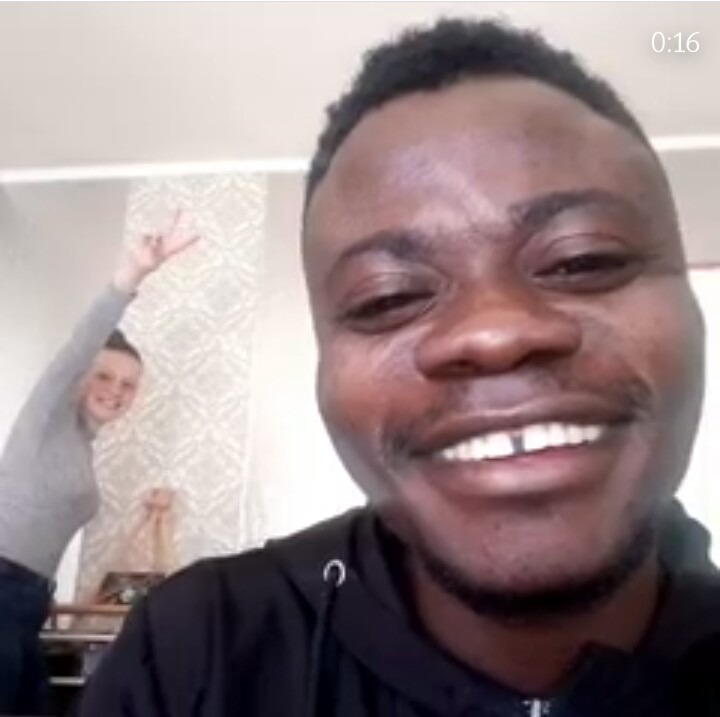 In a word, the story of Akwesi Stranger moving from graze to grass is very inspiring and tells one that, in as much as there is something called destiny, we must work tirelessly for it.