Twene Jonas' 'poster' on a car causes massive reaction on the internet.

By Dapaah_Gh (self media writer) | 5 months ago

Twene Jonas, a Ghanaian-American social commentator, has built a large following on social media for his relentless criticism of the country's top leaders. His fans agree with and support him on the many comments he makes on various situations in Ghana, but his many critics also disagree with him on how he insults individuals when ever he is making his live videos on Facebook.

Despite the fact that his live videos on Facebook attract tens of thousands of viewers, his critics doubt his genuine motivations for doing what he does, and a photo uploaded on Twitter raises one of those questions.

Saddick Adams, a Twitter user, twitted a poster of Twene Jonas on a car with and said "I don't know what this guy is contesting for but this is about the 10th car I've seen his pictures splattered on". 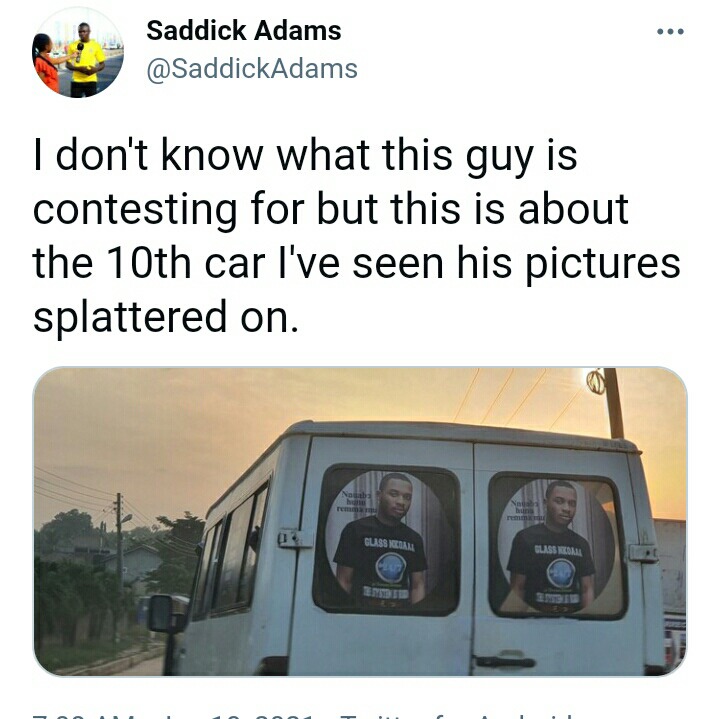 Saddick Adams, who claims this is the tenth time he has seen Twene Jonas' picture on a car, wanted to know what exactly Twene Jonas is contesting for.

The post quickly got people to react massively on the internet as Twene Jonas's fans and critics came to share their viewa it.

A twitter use called Daniel-Hawkins said that "if you see Shatta Wale, Sarkodie, Lucky Dube, Stonebwoy, and likes images on a transport vehicle, does it on anyway suggest that they are contesting for something? Ah well, perhaps, for fame. People subscribe to his preaching and that may mean why you see his images on cars. Or?" 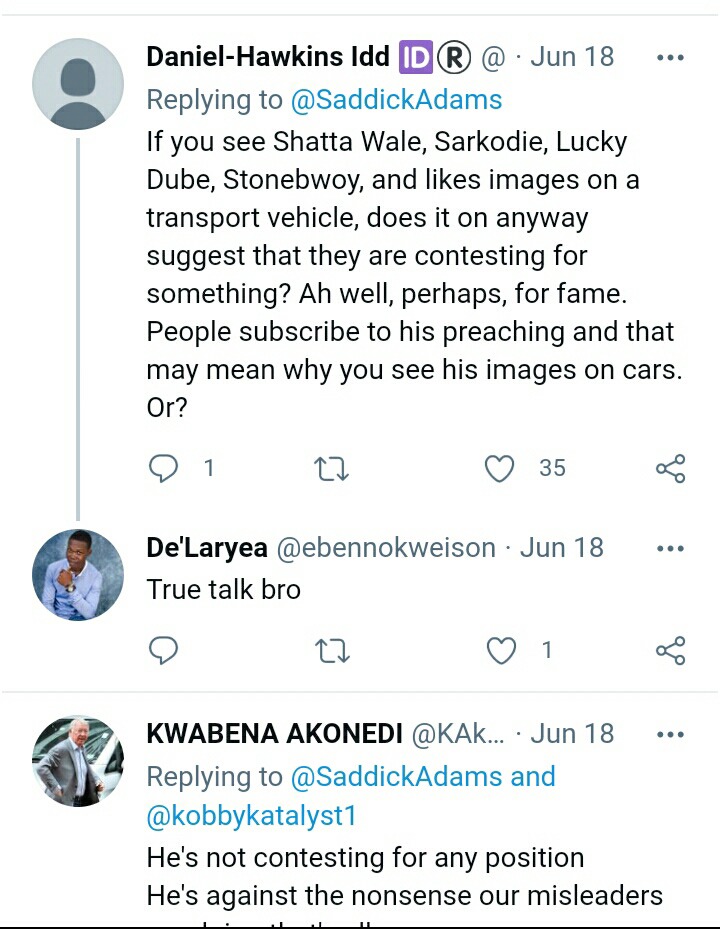 Another Twitter user who is also called Adil Zakari responded that "Someone in the 3fuom is using him to make money." 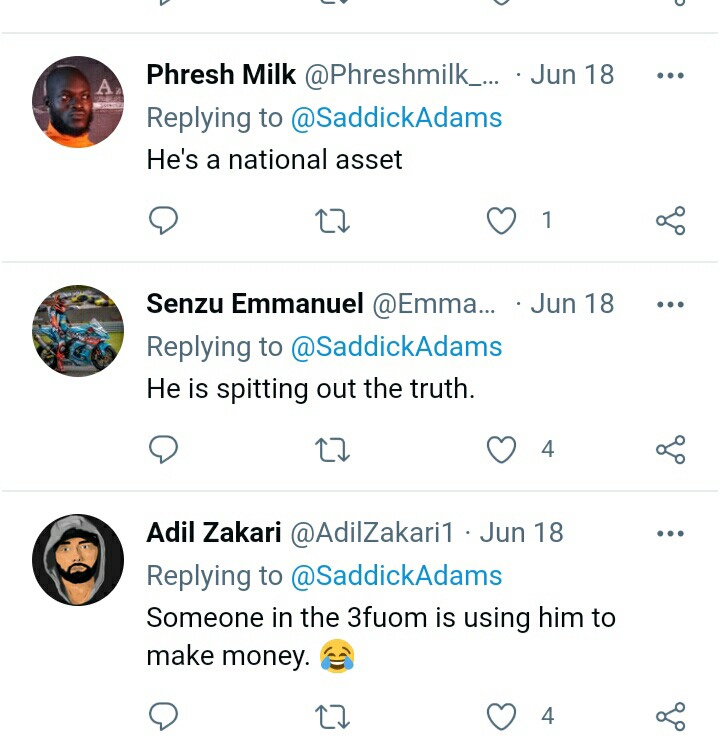 One critics said that "speaking about issues without checking the root cause, even if you get solution it become temporal. Insulting the leaders since the days of Nkrumah hasn't taken this nation anywhere. The followers have always failed to take responsibility so they become failed leaders in future." 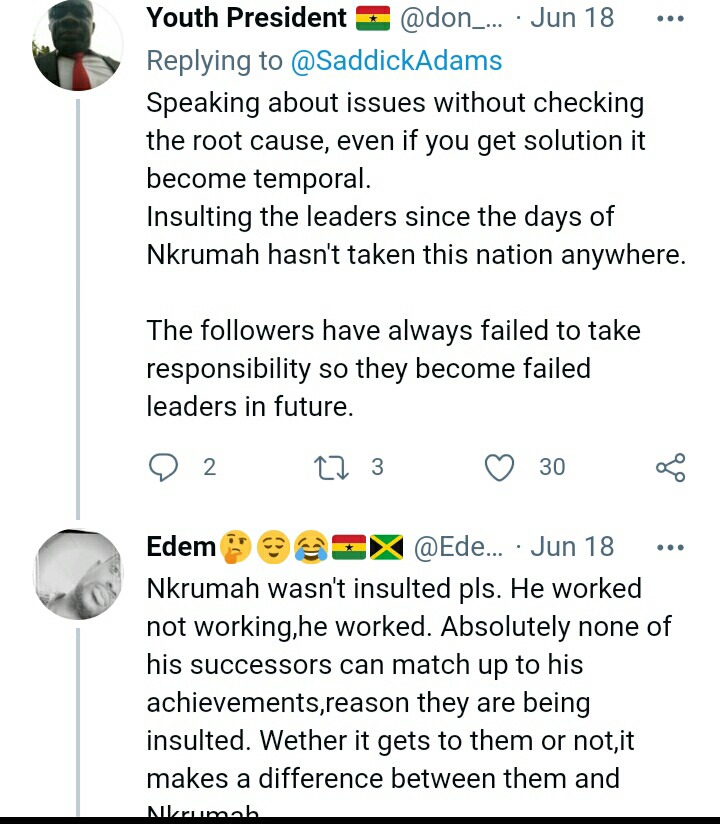 Others wondered what was written on the poster.