There is an Akan proverb that, "he who knows how to wash his hands, moves with Kings or the elderly". TV3's Johnnie Hughes is an award-winning seasoned TV presenter and host of the New Day Morning Show.

TV3's Johnnie Hughes seems to attract the attention of both the youth and the elderly.

The broadcast journalist uses a section of the "Newday show" to put out a researched editorial on various issues affecting the well-being of the nation. 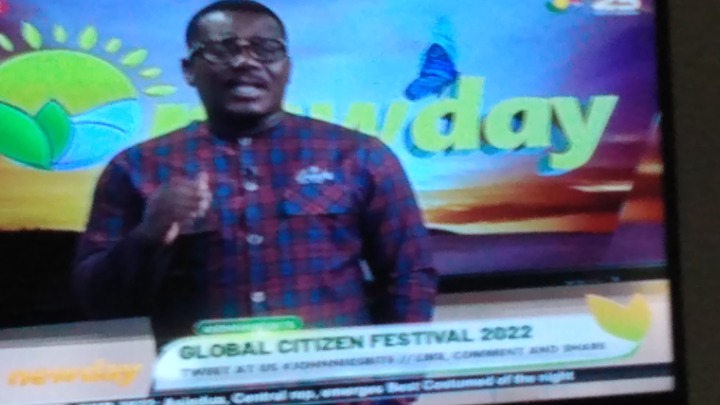 Readers can recall how Johnnie Hughes, in an earlier editorial, lambasted the Ghana Immigration Service for recruiting some one who did not meet the minimum height requirements. He described the recruit in the native Ga language as "kapoipoi".

Many Ghanaians, including popular music industry player Fred Kyei Mensah, drew Johnnie Hughes' attention to the fact that the successfully recruited member of the Ghana Immigration Service does not deserve such mockery.

According to Fred Kyei Mensah, the Ghana Immigration Service reserves the right to recruit individuals based on the special skills that they bring to the service and not solely about height.

Fred Kyei Mensah gave some examples such as recruiting footballers , musicians, doctors ,amongst others did not fall under the minimum height requirement of the GIS.

The legendary music producer humbly described Johnnie Hughes as his brother whilst describing the said officer as his nephew.

" I have read what Fred Kyei Mensah said about the 'short' recruit. I know why I made those statements. He did not meet the height requirements even though he has no special skills".

"In fact, he is an HND Graduate and was recruited for general purpose. I do not want to go into the details but he is not a footballer, musician or any special skilled person".

So why did Johnnie Hughes make such unfavorable remarks about the GIS recruit? Is Johnnie smelling any corruption or favouritism or nepotism? Should he go into the details of the issues?

What do you make of the response of Johnnie Hughes?