“The negativity some of you ooze dey bore“ - KiDi on twitter

By Original_News1 (self meida writer) | 22 days 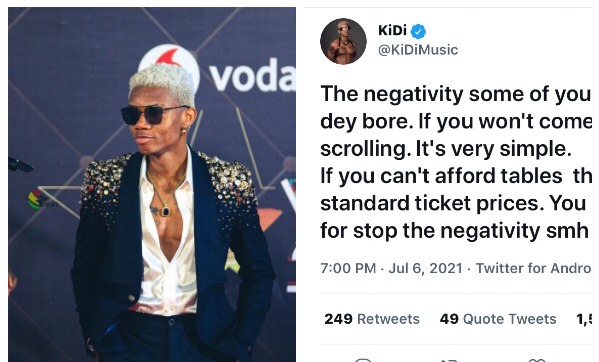 KiDi has hit at Ghanaians following their negativity towards the entertainment industry and it’s activities. He has somehow labeled some Ghanaians to have negative thoughts and not try to do things to push the industry.

The “Sugar” singer is said to have a concert in the pipeline coming up and the sale of tickets is also out. But it seems some fans are trying to critics the hit maker based on the prices of the tickets. 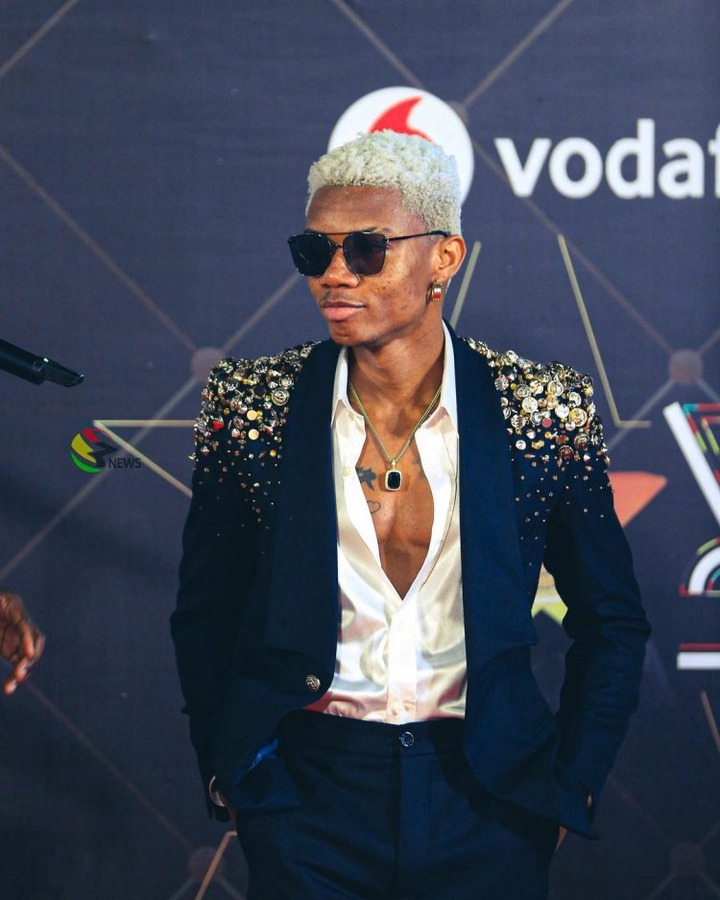 Following the critics and bashing, KiDi on his twitter page has shared his opinion or responded. He wrote, “The negativity some of you ooze dey bore. If you won't come, keep scrolling. It's very simple. If you can't afford tables there standard ticket prices. You people for stop the negativity smh”.

﻿Giving meaning to his post, all KiDi is trying to explain is that if you claim you can’t afford the VIP tickets, you can get the standard ones. At a point you can’t afford any or won’t come, just scroll through without any negative comments if you can’t support your own. 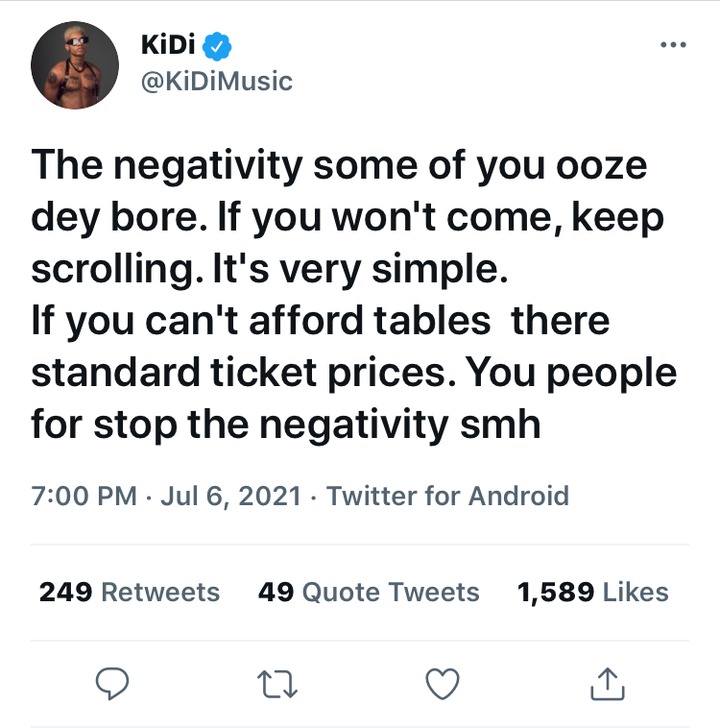 This post didn’t really get to along well with twitter users as most of them have come hard at him. One of the comments under KiDi’s post was an old tweet of his. It reads, “is this you KiDi talking negativity? Wh3? “ with an attachment of an old tweet directed towards Sarkodie.

He was also asked, “What's negative about people commenting on an outrageous price?”

“The crazy thing is that, Teni held similar concert and charged 1 million naira which is about 14,000 Gh but Nigerians supported and the concert was sold out. This wanna Ghana here ? They’ll just sabotage the hell out of you”.

The comments coming in are both negative and positive which indicate that some are in support while others aren’t.

About a week ago, KiDi was labeled by some gospel artistes as “demon” due to his style of dressing and manner of songs. With that, he also regarded them as hypocrites. It just seems things haven’t been cool with KiDi after his lost the Artiste of the Year award to Diana Hamilton.