By GODNEWS (self media writer) | 1 month ago 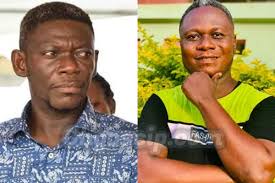 After the controversial Okomfo Anokye movie was shot, Agya Koo and Frank Fiifi Gharbin got into an argument.

Director Frank Fiifi Gharbin asked him (Agya Koo) to go nude and shoot a part in the Okomfo Anokye movie, but he rejected it after consulting with several elders at Manhyia Palace.

Agya Koo said that Kumawood movie directors and producers conspired against him and kept him from leading parts after he refused to go nude in the film.

“Ike, I’m not here to explain or justify myself,” Frank Fiifi Gharbin declared on Ike De Unpredictable’s Angel Fm Entertainment Show. Because Agya Koo is my older brother, I must apologize.

“I take full responsibility for everything that transpired during the filming of Okomfo Anokye Movie. The only thing I want to say to my brother Agya Koo is please forgive me so we can work together to build the Kumawood Movie Industry,” he continued.

Agya Koo was the finest actor and a legend in Kumawood and I was the best director in Kumawood, thus Ghanaians adore seeing Agya Koo movies I made.

“We need collaboration, love, and togetherness to resuscitate Kumawood Movie Industry,” he continued.

Kofi Adu born also known as Agya Koo, is a Ghanaian actor and comedian. In June 2016, Adu got married to Rita Asiedu in London, UK after dating for 4 years.

He was previously married to Victoria Owusu Adomako but divorced. He has appeared in over 200 Ghanaian movies including popular movies among Ghanaians such as Obaatanpa, Away Bus, Black Star and Ma Trick Wo.

Adu is originally from the Ashanti Region of Ghana, but lived in a suburb in Accra Newtown called Asantewaa. He worked as a cobbler. Adu was discovered on a Ghanaian comedy show on GTV (Ghana National Television) at the National Theater in Accra, where he worked as a comedian warming up the crowd.

In July 2008, he was awarded a National Award by then-Ghanaian President John Agyekum Kufuor. Although he originally journeyed to Accra to sing, Agya Koo has been featured in over 90 Ghanaian movies, 15 of which remain his favorite. 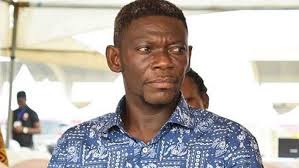 Some films he acted.

Evil Plot To Break My Home.

Obi nnim awie ye (meaning - No one knows the end).

Ma Tricki Wo (meaning - I have tricked you).

Obidea Aba (meaning - It's the turn of another).

Content created and supplied by: GODNEWS (via Opera News )