Does This Expose Diana Hamilton As a Hypocrite? DETAILS

Gospel Artiste, Diana Hamilton was on Saturday's dawn, crowned ‘Artiste of the Year’ at the 2021 Vodafone Ghana Music Awards (VGMA), after she won the award amid tough competition from KiDi, Adina, Sarkodie, Medikal and Kuami Eugene.

The ‘Adom’ hitmaker, also won three other awards on the night. These are; ‘Vodafone Most Popular Song of the Year’, ‘Gospel Artiste of the Year’ and ‘Gospel Song of the Year,’ whiles speaking this morning on TV3's New Day may have made statements, that might expose her and her management as hypocrites, if this assertion I chanced on is equally true. 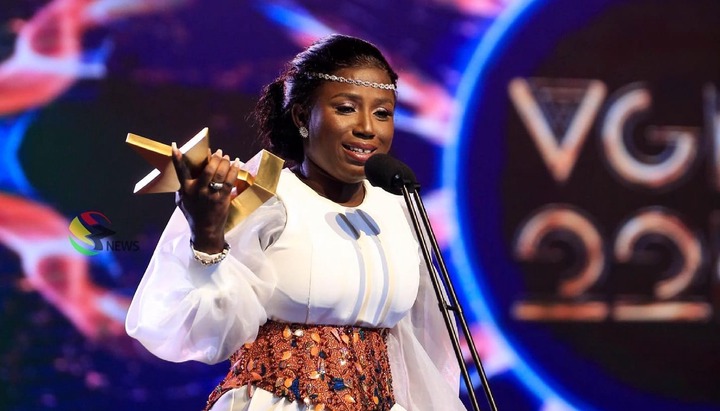 The Gospel sensation, who thanked her fans, management team, family, the media and everyone who has supported her through her journey and in the year under review and is also the first female Gospel Artiste to take home the ultimate award in VGMA’s 22-year history, as part of her media engagements, was on TV3 this morning, aside several others.

However, at the later part of the interview, Cookie and Berla Mundi had sought to find out, about her opinions on KiDi, who was also in the competition for the same award this year, but lost out, and took to social media, to congratulate "Auntie Hamilton," as he calls her.

After having expressed some great thoughts about his person, the host, Cookie, wanted to find out if any collaboration between the two were in the pipeline, for the teaming masses to enjoy but Diana Hamilton, who seemed evasive wasn't so sure such a thing might happen, but added that, "its a team work that I am part of and once a decision is taking, we move along and so I cannot sit here and take that decision alone," she said. 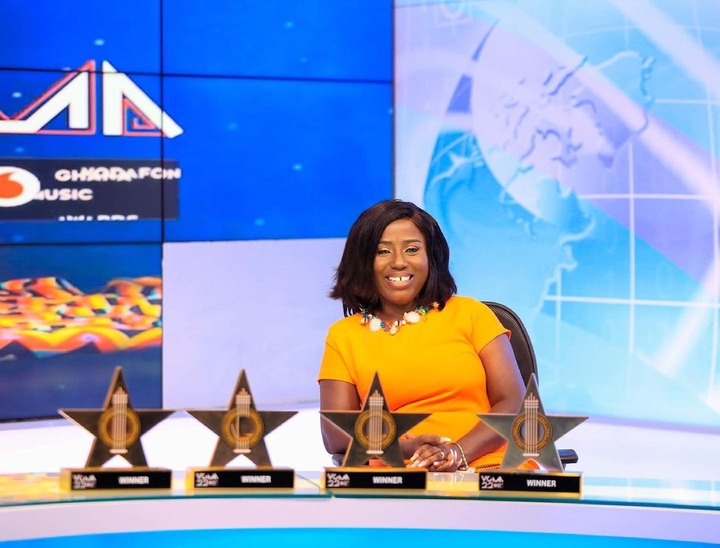 Cookie, who was insistent, eventually pushed even further, "KiDi is a good guy, rightly spirited and a son of a pastor, a collaboration between you two, will be one awesome piece and a blessing to many." After such several calls and still not getting a clear YES answer from her, the VGMA Artiste of the Year, was asked if the reason that, "KiDi is a secular musician is the reason why she cannot confirm such a collaboration."

For which Berla Mundi teased "is it because, believers should not be unequally yoked with unbelievers?" she quizzed, as stated in 2 Corinthians 6:14. It was at this point that, Diana Hamilton was emphatic, "my team has not discussed ever, if there should be a such collaboration between us and a secular artist, and when it does we will see".

However, on 17th March this year, dianaantwihamilton in a post on her verified Instagram page wrote that, "Happy birthday to my boss @unccharles . You’re such a selfless man and I pray that the Lord will bless everything you put your mind to do. Happy birthday sir"

A quick search however on this man, she identified as her boss, indicates that, he is an entrepreneur, who is the "Founder African Gospel Music & Media Awards (AGMMA) , Radio + Events+ Music Promo. Tune in to my shows on Premier Gospel, UGN Jamz ‪‬PrayzIn Radio," his bio on Instagram reads.

Interestingly, this man, have shared a post just last month on May 10th, where he shares a picture of both Diana Hamilton and award winning secular artist, Kofi Kinaata with the inscription, on the poster reading that, "we've got life," as he simply wrote "watch out," indicative of a single. yet to be released.

If this is really a single between them, then Diana Hamilton's assertion that, collaboration between her as a gospel musician and that of a secular artists, has never been on board to be discussed" will be untruth and that may well be "hypocrisy" coming from a woman of God, who knows that, the Bible expects our yes to be yes and no to be no.

Interestingly, the two had met this morning at the studios of Joy News TV, few hours before Diana Hamilton was on TV3's New Day and from the posts of Diana Hamilton, they had a good time together and she shared was full of joy for him as well, as she posted afterwards that, "It not a big deal o Family.... So @kidimusic and I met on set and and it was all cordial. And that's how things should be. I wish him all the best in his career from the bottom of my heart, congrats to him on his awards. Busy Day ahead so stay tuned."

Following up with another post and with this picture, writing that, "To @kidimusic and to every artiste in every category that I won, I respect your hustle . Let's keep pushing the music and touching souls positively with our work . God bless you all" 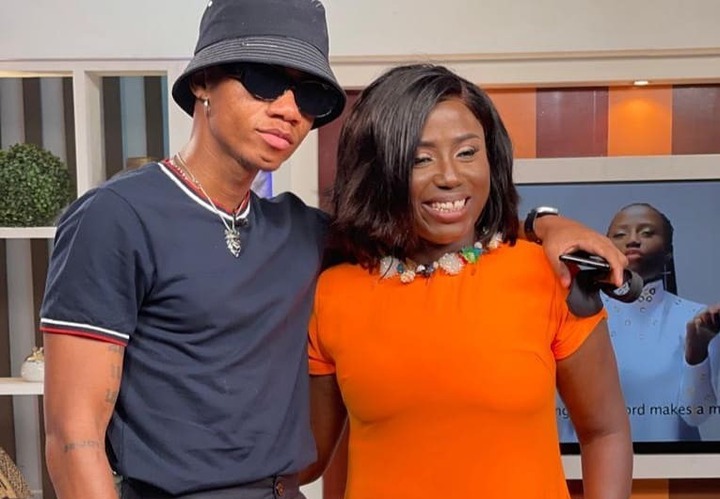 Five Times In The Month Of July, Fella Makafui Has Shown She Is The Curviest In Ghana