Hot Morning News: I Don't Have The Capacity to Give a Car But I can Give Flowers as a Gift- Nana Aba

By JudeEyram (self media writer) | 2 years ago

She was invited to talk about Gifts in relationship.

And as you know, Kojo Yankson had to ask about the Range Rover. He asked about how her birthday went and the source of her gifts.

Nana Aba received a lot of presents which according to her, 85% came from people she did not know. Cakes, drinks, food, Soap etc were sent to her by young people with businesses.

She stated that, no one had an issue with the gifts until the Range Rover arrived. 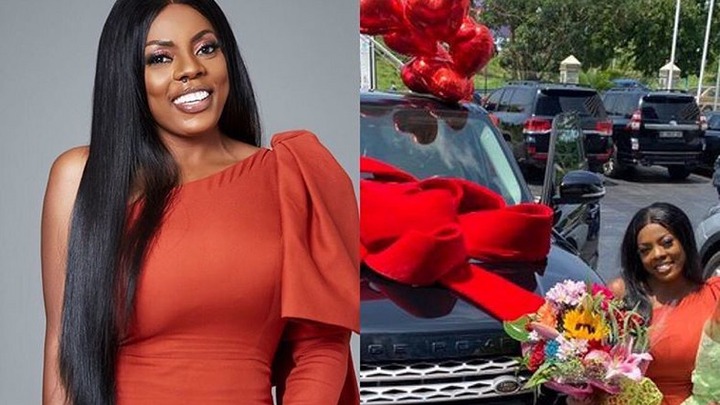 Nana Aba expressed regret as she felt that it was unfair that the attention on the cakes and and other stuff from young businesses were diverted to the Range Rover.

"I am disappointed. I wanted to showcase young business. I was hurt when the conversation moved to the range rover." she lamented.

Anyway, she said she was surprised about the car that day. On the issue of the number plate, "I realised there was a storm on the number plate on Social Media. I spoke to the giver and he had no idea about it because he said the car was registered. I then filed a statement with the police to trace the fake number plate on my car" she stated on the show. The News anchor expressed how shocked she was when she saw the other number plate. She was rather happy about the statement by the DVLA.

"I was not bothered about the statement of the DVLA. The DVLA is using me to remind the public" she clarified on the show. That was to say that, the DVLA was not advising her per se.

She concluded that, "I am driving my range rover. It is mine. I have registered it."

When Kojo Yankson asked if she would give a car to someone on the person's birthday, "I cannot give a car. I do not have the capacity" .

She however stated that, maybe perfume or flowers would do.

Prior to that, Nana Aba Anamoah received a range rover on her birthday from an unknowm source. However, apparently, her vehicle was already registered with a new number plate of which the Driver and Vehicle Licensing Authority (DVLA) stated that she may face up to 12 months jail sentence if she drives the Range Rover she received without registration.

It was twitter investigators who in their hunt to satisfy their curiosity did some research and found out that her new car with number plate, GR 2050 – 20, matches that of a Nissan Rogue SUV which is already in use.

Nana Aba who’s been trending for days because of her Range Rover had finally registered the car to N -1-20 . 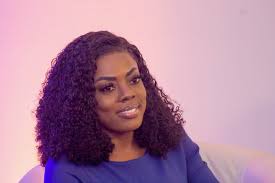 Content created and supplied by: JudeEyram (via Opera News )

Kwame Nkrumah's Name Will Never Ever 'Die', Even Though His Visions Have Died- Obrafour Says