Ghana most beautiful female artists of all time.

By Africamedia.gh (self meida writer) | 27 days

Below are list of the most beautiful female artists in Ghana. 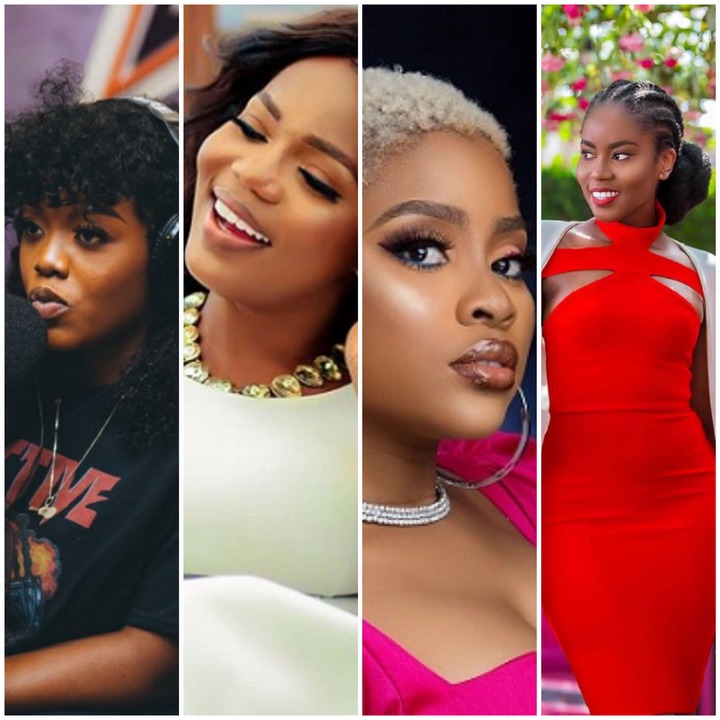 Everything in life, the beauty part of it matters a lot, and today's article, I'm going to list the most successful and beautiful female musicians in the country. Ghana is always a blessed land for every God creature because it is a place that you can find the beauty of nature that no one can steal it from, and these female artists are one of the most beautiful and successful musicians in Ghana. 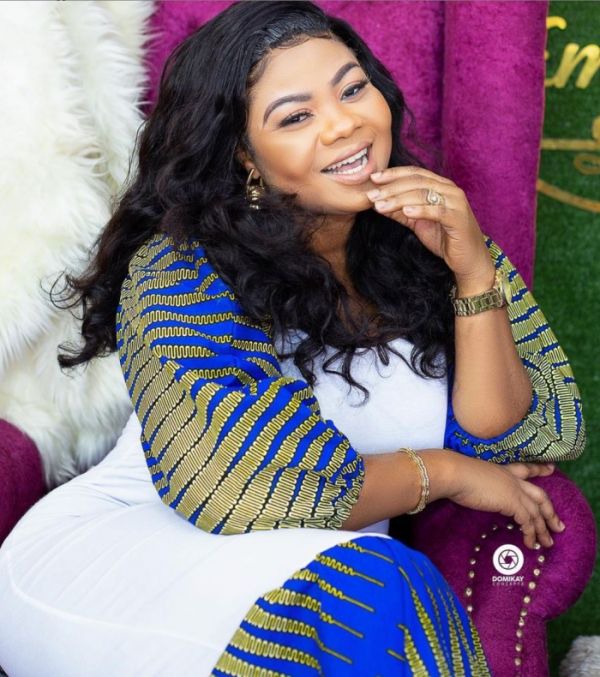 Empress Gifty Osei is an award winning Ghanaian gospel singer and songwriter who is very decent on her appearance. The gospel singer is one of the most beautiful musicians in the country and her beauty is not just the out side but the inner side of her life. She has released numerous albums and singles such as ‘Jesus Over Do’ and ‘Adom’.She already boast of numerous singles and albums to her credit.

She won the Artiste of the year at the 2018 National Gospel Music Awards.

The beautiful singer also got a nomination at the 2019 Maranatha Global Worship Music Awards in Kenya. 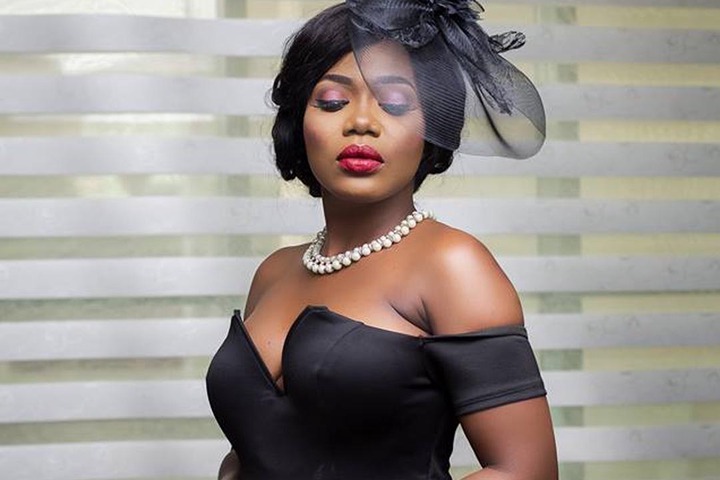 Belinda Ekua Amoah aka Mzbel was the most beautiful female artist in the country between the early 2000s. She is the only female musician Ghana who still look young at her age of 41 years.

In the year 2002, the "16 Years" hitmaker had the opportunity to work with Hush Hush Studios, which at that time had come on the scene as a new production firm. While at Hush Hush, She sometimes went into the studio and as the boys were playing the instruments, she sang songs she had created.

She did not take it seriously at first and was only doing it for fun. Still working part-time at Hush Hush Studios, she secured another job at Metro TV, where she was tasked to produce a children's programme and ended up as a producer for the programme, Smash TV a weekend entertainment programme. She didn't keep the job because she quit after a few months due to some misunderstanding.

With luck on her side, it did not take long before she got another job at Apex Advertising as an editor. According to Mzbel, music came accidentally. She says that one day she had a call from Hush Hush Studios and was informed that some of her songs that she had sung at the studio had been selected for production and they wanted her to come over and take pictures for posters and cassette inlays.

She went ahead and took the photographs and not long afterwards the songs were on air and everyone wanted to know who Mzbel was.

Her first album titled 'Awosome' was released in 2004. The somewhat controversial lead song enjoyed massive airplay and soon, Mzbel became the toast of many shows across the country. Her second albums, '16 Years' followed the same path with several hit songs from the album. In 2005, she was manhandled on stage during a performance in Kwame Nkrumah University of Science and Technology, Kumasi.

She is half Ghanaian and half South African musician. Adina Thembi Ndamse is a beautiful Ghanaian young singer who is the most decent female artist in the secular music scene. She attended Wesley Girls High School and Central University College where she studied Environmental and Development studies.

Adina Thembi is very exceptional on her talent of the art because she blended different type of genres which is RnB, Pop, and blues. The down to earth songstress draws inspiration from God, her family, and from everyday life’s lessons. She is driven and enthusiastic with music being her number one passion.

Rebecca Akosua Acheampomaa Acheampong who is very known mononymously as Becca, is a Ghanaian singer, songwriter and actress. She first gained recognition as a contestant on the second season of TV3's annual singing competition Mentor when she failed to reach the final, but she did not gave up what God had given her. She one of the most beautiful female music stars in Ghana and beyond. The songstress also served African with a beautiful tunes under her albums that she released since 2007. The first studio project was her debut album called "Sugar" that earned her five nominations at the 2008 Ghana Music Awards. The album's lead single "You Lied to Me" won Record of the Year at the aforementioned awards show.

Becca released her second studio album Time 4 Me on 16 May 2013. It features guest appearances from 2face Idibia, MI, King Ayisoba, Trigmatic, Jay Storm and Akwaboah. The album was certified 2x platinum in Ghana. Becca's accolades include one Kora Award, one National Youth Achievers Award, four Ghana Music Awards, and three 4Syte TV Music Video Awards and she is said to be the most loved artist in Ghana and Nigeria. 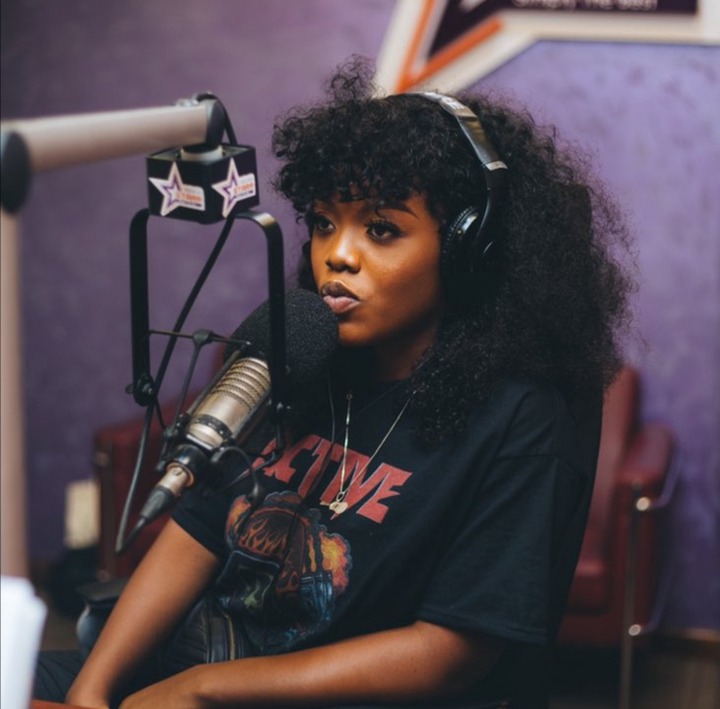 Gyakie is a Ghanaian afrobeat/afro fusion singer who is a daughter of the Ghanaian High Life legend Nana Acheampong. Beside her talent on music, she is one of the most beautiful young musicians in the country. In 2019, Gyakie released her first single titled; "Love is Pretty" which paved way for another single, "Never Like This." In August 2020, the "Forever" song from her five-track EP, titled "Seed" was her claim to fame enjoying airplay and leading charts in Ghana, Kenya and Nigeria.

Cina Soul (Christie Quincyna Quarcoopome) is a soul singer from Ghana in the Ga community. In 2014, she was a finalist in the Vodafone Music Icon talent show, which she participated in as a 19-year-old student of Psychology and Archaeology at the University of Ghana. Cina is a natural beautiful lady in Ghana with a black shining skin colour and a very smiley face. Most of her dressing is always Afro centric style which shows her love of Africa.

The young songstress is always very smart on her outlook with a beautiful curvy shape on her back side.

Freda Rhymz born Freda Baffour Awuah is a talented and creative rapper and songwriter from Ghana who makes music in three languages (English, Twi, and Pidgin) The type of music she creates ranges across Afrobeats, Hip-hop, Hiplife and Highlife. She won the 6th edition of MTN Hitmaker. 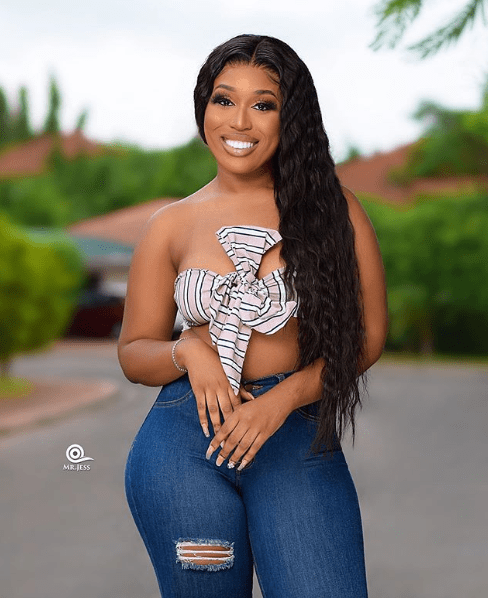 The controversial singer has what you use to define beauty because looking at her from head to toe she very stunning.

She is a musician and has some hit songs which has made waves on both radio and tv and in Africa at large. Fantana could easily pass for a model taking into consideration the beauty she possesses. She has clouded her page with the meanest and hottest photos that captivate men.

Vera Hamenoo-Kpeda is better known by her stage name MzVee is one of the prettiest female artists in Ghana. She is a Ghanaian Afropop, dancehall and R&B artiste signed unto Lynx Entertainment and currently she under her own management. She has several hit songs including Borkor Borkor, Natural Girl, Don’t Know, Dancehall Queen, Sing my Name etc. MZ Vee can boast of being the most beautiful and successful female artist from the Ewe community.

Most people keep on admiring every beautiful creature and Petrah is also the one you can count among the stunning ones. She was inspired by AMG Medikal in which she pierced tattoos on her chest written Medikal's name to show her love to what the decorated rapper has done to encourage her of doing music.

Petrah, known in real life as Petra Miriam Tetteh is a Ghanaian RnB singer. She is currently signed onto Manner Records and has worked with some top musicians both in and out of Ghana, One Mavin Records super star, Reekado Banks and AMG artiste, Medikal among others.