Actress Moesha Budoung has received an apology from political activist and media commentator Kwame A Plus for berating her after learning that she had undergone surgery. 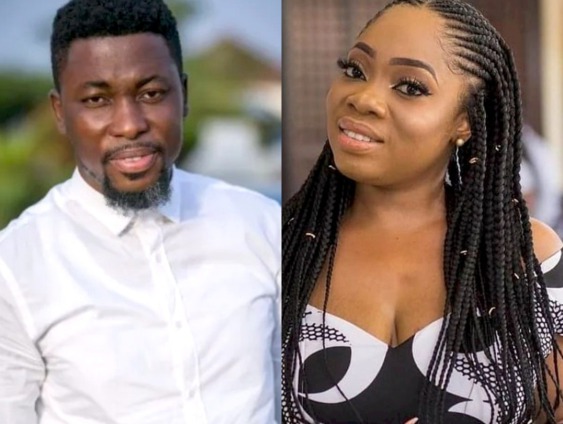 He claims that if he supported other celebrities, such as Nana Ama McBrown, after they underwent a cosmetic procedure without first making amends to Moesha Buduong, he would be acting hypocritically.

A Plus claimed during an appearance on United Showbiz on UTV that he was one of many who criticized and reprimanded Moesha Budoung after she disclosed the details of her body augmentation procedure.

"It is your body, Nana Ama, and we support you, but before I do, let me also express my regret to Moesha for the way we teased her... I am a hypocrite if I come to support Nana Ama and don't speak to and apologize to Moesha, he said, because we made fun of her.

A Plus stated that his upbringing has always influenced his outlook on life and that he is aware that a lot has changed since then.

"I was raised believing that wearing nail polish is sinful and that even watching TV is wrong. I've realized that it's similar to how we trim our hair as it grows. Go trim the fat from your belly if it's big. Go to the gym if you don't have any money, but get liposuction if you do," he advised. 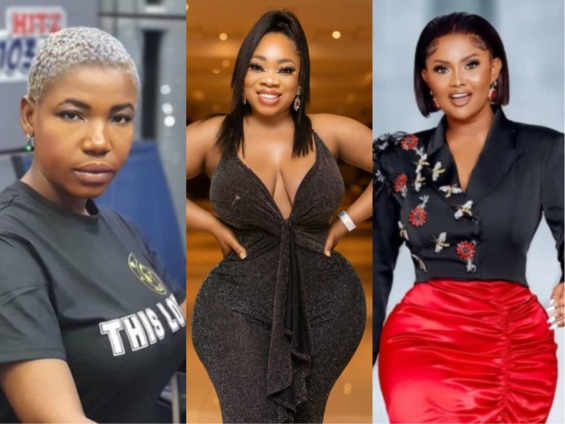 Actress and television personality Nana Ama McBrown recently disclosed that she had liposuction. She claimed that she had been eating well and exercising to stay in shape, but her stomach was drooping due to belly fat.

Speaking on UTV's United Showbiz, Nana Ama claimed that after consulting a physician, she learned about her options for shedding the fat. The actress claimed that after learning about liposuction, a cosmetic procedure used to remove extra body fat, she decided against having it done.

She outlined how she already had the desired body shape and was working hard to keep it. She added that the liposuction had only served to accentuate her body. "It will be obvious if you are in good shape."

Many people, including A Plus, decided not to criticize Nana Ama McBrown for deciding to get cosmetic surgery to keep her body in shape.

Singer Efe Keyz has requested that Ghanaians apologize to actress Moesha Boduong for criticizing her for disclosing her use of body enhancements in the wake of Nana Ama McBrown's revelations.

She claims that while society has become more accepting of their favorite celebrities getting cosmetic surgery, the actress experienced hostility when she disclosed her own.

"It got to a time that people were hating on Moesha for so long for her body enhancement, including our own celebrities, but now it has become like she has opened the eyes of people," Efe Keyz said on Daybreak Hitz on Hitz FM on Friday.

"Why were they beating her if now people are willing to accept it? We must apologize for some of the hurtful remarks we made on her page now that our favorites are doing it.

A Plus Kwame A Plus Moesha Nana Ama Nana Ama McBrown