Baako Suro: You Have Nothing To Do With My Boyfriend Please Forgive Me - Adu Safowah Begs Nana Aba 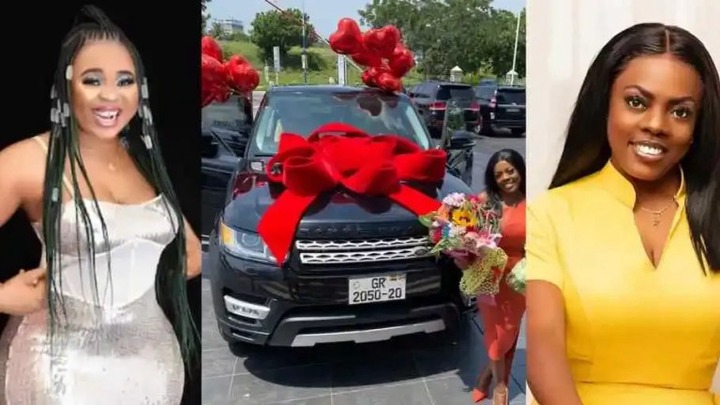 Ghana controversial actress Adu Safowah who went viral after going hard on Nana Aba making series of allegations has finally come out to seek for forgiveness.

It could be recalled that, Adu Safowah recently came out with series of allegations to defame the ace television presenter, Nana Aba, in a video she shared on her Instagram page. This followed after Nana Aba posted a photo of her self Flaunting with her newly acquired Range Rover as a birthday gift which was somewhere last year. The actress reacting to this sparked a beef with Nana Aba as she begins making series of allegations. The allegations she made suggested that, her boyfriend owns the Range Rover Nana Aba was seen flaunting with, which she further alleged that, Nana Aba has been chasing her boyfriend. She after this warned Nana Aba to stay away from her boyfriend.

Nana Aba in all this outdoings did not hit back at her. No one had the idea of the reason behind her criticism until the actress herself came out in a loud voice to redress her allegations and this followed she didn't get the attention of the tv Presenter. She made this revelation speaking in an exclusive Interview with GhPage Tv and according to her, she was actually making fun out of that and wasn't aimed at tarnishing her image but was doing that to get the attention of the mass to her yet to release product.

Well, it not of surprise for her to have such a reason to her controversies since this has been one of the ways most celebs uses to garner more attention in order to get either more followers or traffics to their products.

Surprising, this didn't end there after she came out boldly to redress her allegations. The boy who was said to be the boyfriend of Nana Aba seeing that as disturbing and disgraceful called on the police to to have Adu Safowah arrested.

Following her arrest, the Ghana police engaged her and when she was quizzed on why she shared the video to her social media page, she came out in a loud voice saying, she was in haunt for hype for her upcoming event.

The actress after all has come out publicly to apologise for all what she did, pleading on Nana Aba to find place for her in her heart. She further retracted all her statements after which she mentioned she have no business with Nana Aba neither is she chasing her boyfriend. 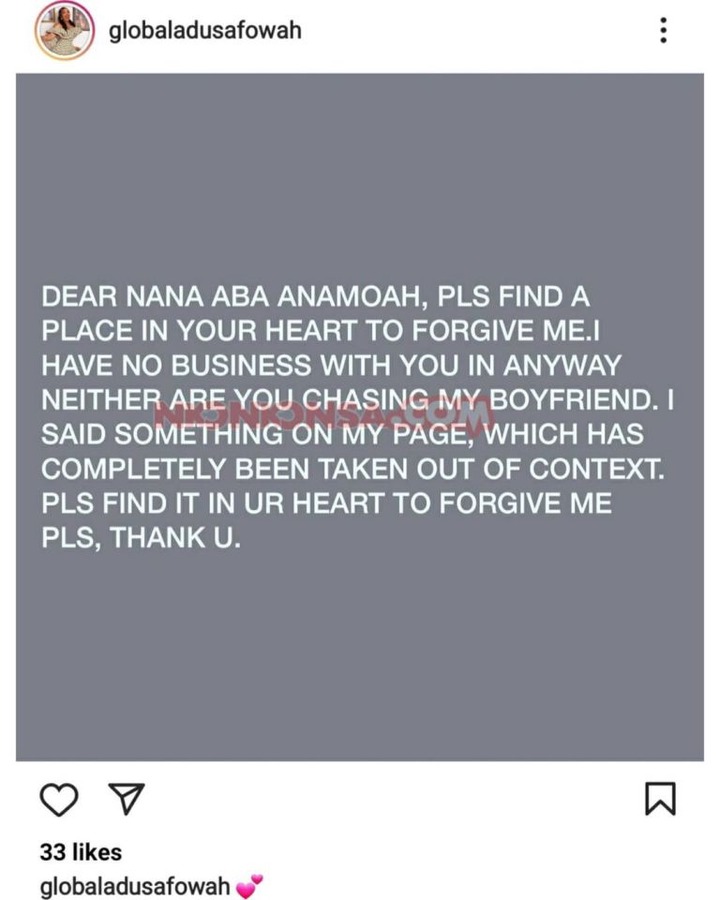