Captain Smart Could End In Jail Over This Passport Scandal

By Tinchie (self meida writer) | 27 days 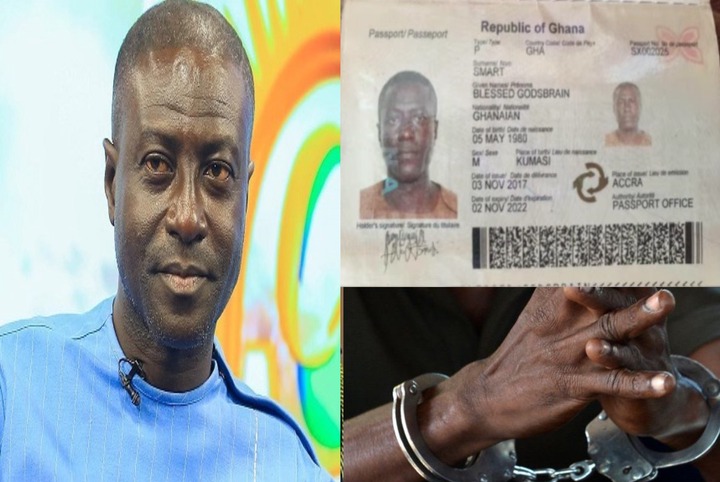 The outspoken journalist and host of Onua TV's morning show, Captain Smart could end up in jail over the possession of a service passport. Evidence, as published by Kwaku Annan of the Seat Show on NET2 Television, suggested that the journalist secured the passport under dubious means to access traveling benefits as entitled to government officials.

With passport number SX 002025, the host alleged that Captain Smart illegally secured the passport. Teaming up with Owusu Bempah and Hopeson Adorye on the show tonight, the trio is threatening to have Captain Smart arrested and his passport withdrawn.

They have threatened to petition the Ministry of Foreign Affairs and the Inspector-General of Police to investigate this matter and ultimately have Captain Smart put behind bars for engaging in such illegality. The date for which the passport was issued [3 November 2017] suggests that it is still active and has been granting Captain Smart unrestricted access to countries within the sub-region and other parts of the world without a visa.

The evidence as presented by the trio is so convincing that Captain Smart will be compelled to respond to the allegation on his morning show tomorrow. What will be of great interest to Ghanaians and especially his listeners will be how he got hold of such a passport.

Per the explanation that was given by Hopeson Yaovi Adorye, there are three categories of a passport issued by the Passport Office; a general Ghanaian passport which has a prefix "GO", a service passport with prefix "SX", and a diplomatic passport with the prefix "DO".

Captain Smart as a journalist is eligible for an ordinary passport. This revelation puts him into a great deal of trouble as he will be compelled to name how he got in his possession a service passport.

More to this will be an investigation into his traveling destinations and the nature of the business he transacts at those places ever since he got that passport. The threats as sounded by Ernest Owusu Bempah and Hopeson Adorye must not be taken likely at all.

The semi naked photos of Dancehall Queen are generating a buzz on social media. (Wactch)