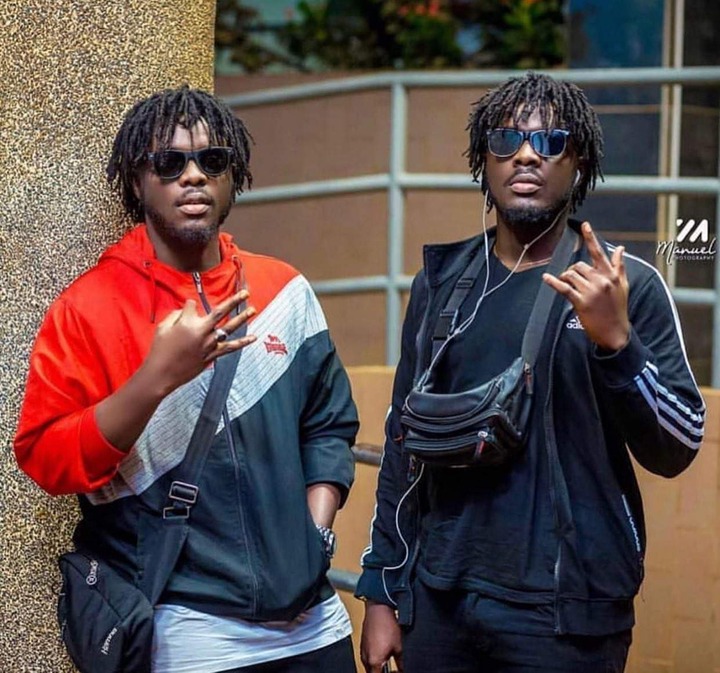 Twins are two off springs produced by the same pregnancy. Twins can be either monozygotic meaning they develop from one zygote, which splits and forms two embryos. OR Dizyotic meaning each twin develops from a separate egg and each egg is fertilised by its own sperm cell.

On a live Entertainment segment on Adom Tv's morning show Badwam in which Sister Sandy was the host and Dope Nation as the guest.

Dope Nation is a Ghanaian musical duo of identical twin brothers composed of Michael Boafo known as B2 and Tony Boxford also known as Twist.

Dope Nation have been credited with producing sounds for Ghanaian artiste like EL, Shatta Wale, Pappy Kojo, JoeyB, Eazzy among others.

Dope Nation revealed this three things that differentiate them: B2 is fatter than Twist, B2 is taller than Twist and also has a long hair than Twist.