Viwers Won't have to wait anymore.

By Royalgh (self meida writer) | 4 days 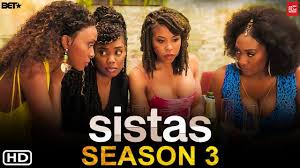 Viewers won’t have to wait long for a new season of Tyler Perry’s Sistas TV series on BET. here are the cast of the Tyler Perry’s Sistas TV show stars KJ Smith, Mignon, Ebony Obsidian, Novi Brown, DeVale Ellis, Chido Nwokocha, Anthony Dalton II, Brian Jordan Jr., Kevin A. Walton, Trinity Whiteside, and Crystal Hayslett. Has been announced that the season three will finally be out today. Which we all look forward to. Looking at where the last episode of season 2 ended, viwers are all eager to know what happens to Gary whether he was shot and if he is going to die out of the shoot or if he was not shoot and what Happens next if he is not shot. 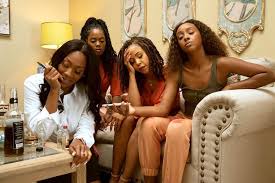 This series is about a group of single black women whom have been friends for a long period of time. This group of women are in their 30s but single.

May are wondering that many series when they out for the third series, they change the story line the past series or episode ended. But let all know that both Season 1 and Season 2 also was ranked as the No. 1 cable and broadcast program in the Wednesday 9-10 PM time.

During its first two seasons, "Sistars" drew in plenty of viewers all over the world.

There hasn't been any official announcement on anyone joining the current cast. it wouldn't hurt to add even more memorable characters to the show, but that does not mean that there will be any new character in season 3, we all looks out to what happens today as they release the season 3.

Content created and supplied by: Royalgh (via Opera News )