Who can contest these artist 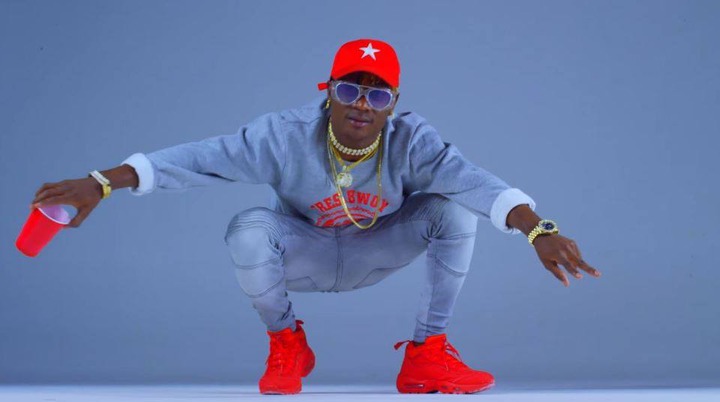 Walukagga Shafik, is a Ugandan rapper better known by his stage name Fik Fameica a.k.a. Fresh Bwoy. His debut came in 2015 with "Pistol" under the Black Man Town music label, led by a Ugandan music icon Geosteady. His later songs, "Salawo" and "Mbega Wa Bbaala" gained him a recording contract with Kama Ivien Management. 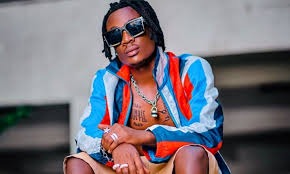 His club hit "Batuwulira" followed by "Byenyenya" followed. The song made him the most booked Ugandan artist in 2017. Fik Fameica won awards in Uganda and East Africa and went on to win Uganda's most popular artist in 2017. In 2018, he was crowned Breakthrough Artist, Best in Hip-Hop and Best Rap Song for his track "Kutama" at the annual HiPipo Awards. He continued with club hits, including "Mafia", "Property", "Sconto" and "Tonsukuma". 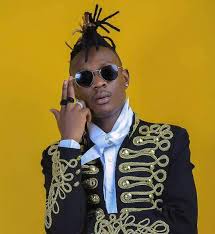 In 2019, he paired up with Nigerian superstar Patoranking for hit song "Omu Bwati"'. Him and his international manager known as Skizzie Official started a recording label called Fresh Gang Records in 2019 where they signed various artists like Mozelo Kidz, local managers like Big Sam and official dancers like Wembley Mo, & DJ Ranks Showmaster. Under this group he has released his later songs "Muko", "Tevunya" (featuting Sheebah),(Stupid) "Ndi Byange"(Buligita) and so on. In 2018, Fameica fought over a song he collaborated on with actress/singer Hellen Lukoma and refused to appear in the music video. 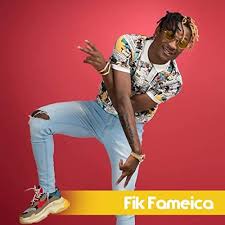 He had a violent confrontation with rival hip hop artist Feffe Bbusi over a woman that escalated into fighting between the artists' managements. In 2018 Fameica staged a show at Kyadondo Rugby Grounds that flopped due to overpriced tickets. This is said to have caused the split with his management Kama Ivien. 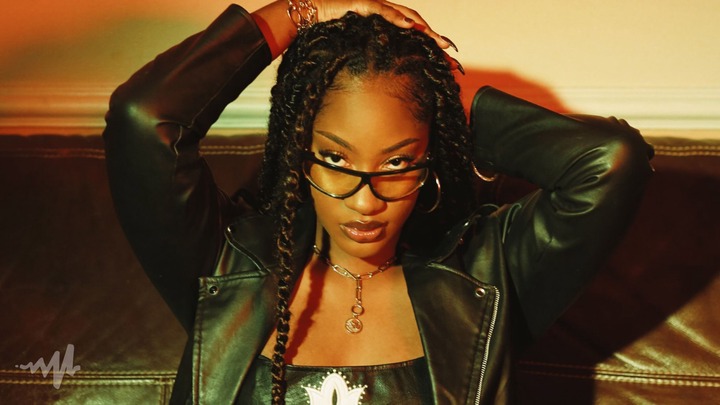 Temilade Openiyi, better known as Tems, is a British Nigerian singer, songwriter and record producer. In 2018 she recorded Mr Rebel a song of her own composition. In August 2019, Tems released the single Try Me". 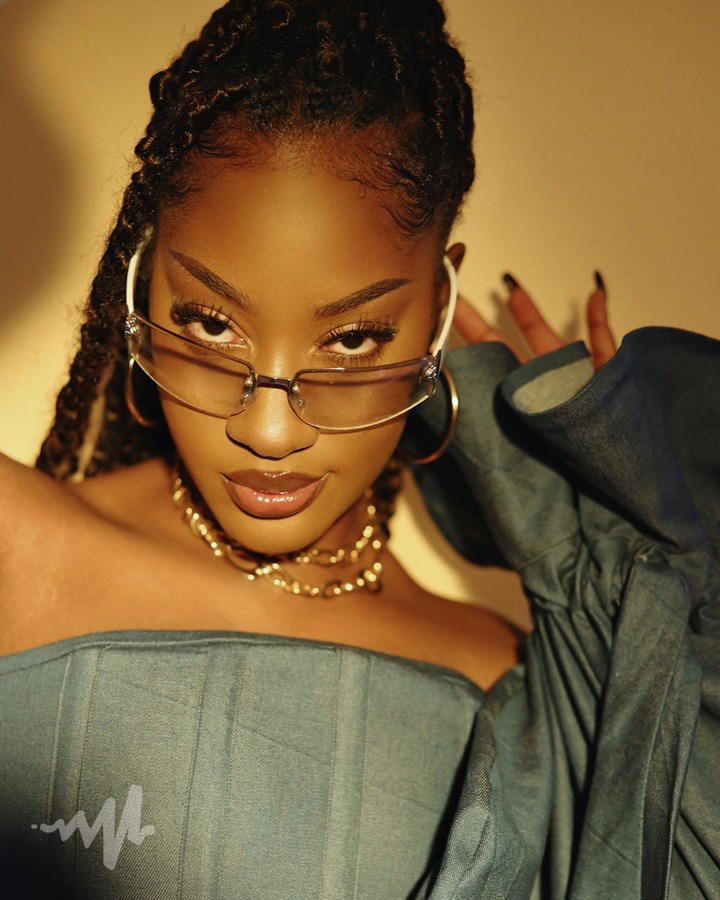 It became a major hit and currently has over 5.6 million views on YouTube. In 2020, DJ Edu chose her as one of "ten artists to watch" that year. She was recruited that year by American singer Khalid to join him and fellow Nigerian Davido on an Afrobeats remix of Know Your Worth. 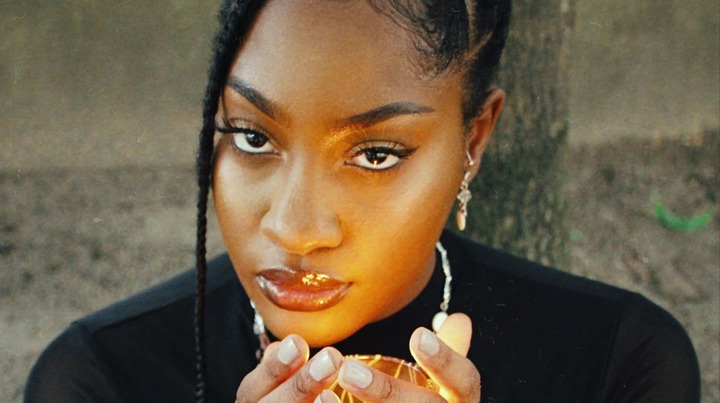 Her single Damages from her For Broken Ears EP became another follow up hit to Try Me peaking at number 6 on the newly launched "TurnTable Top 50" (a Nigerian chart) and garnering 2.7 million views on YouTube. In 2020, her collaboration with Wizkid on their song Essence earned her a number one spot on BBC 1Xtra Airplay Chart as at 30 January 2021. 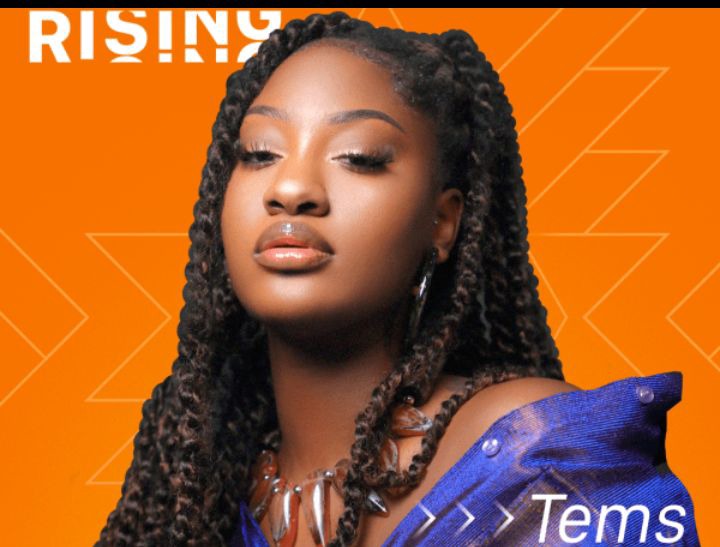 In December 2020, Tems and fellow Nigerian artist Omah Lay were arrested in Uganda while there for a live performance for violating COVID-19 safety laws. They were later released and the charges were dropped. Ndivhuwo Elaine Mukheli, known as Elaine, is a South African R&B singer and songwriter from Pretoria. While studying law at the University of the Witwatersrand, she self-released her debut EP Elements in September 2019. The EP reached No. 1 on both the national iTunes and Apple Music album charts, making her the first independent female artist to do so. 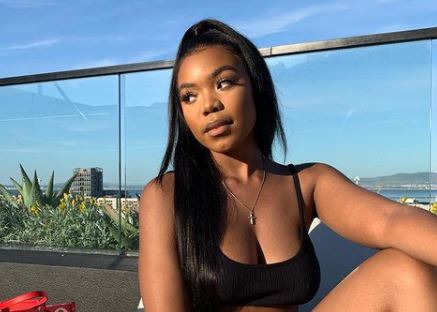 Elements was certified Platinum by RISA a year after its initial release and was nominated for Best R&B/Soul Album at the 26th South African Music Awards. Elaine was subsequently signed to Columbia Records. Elaine uploaded her debut single, "Slip Away" onto SoundCloud in February 2019, before officially self-releasing it in April 2019. 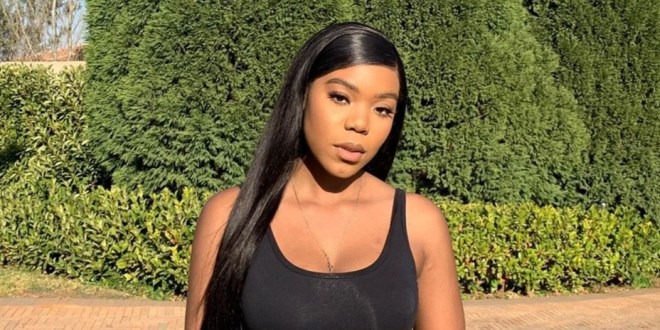 Her follow-up single, "I Just Wanna Know" was released in August 2019. Elaine was the first South African artist to be part of Spotify's Radar artist program. She released her debut EP, Elements, on 29 September 2019. The 7-track EP was produced by Clxrity alongside Elizee from South African hip-hop duo Elizee and Malachi and was described by OkayAfrica as "a mellow blend of trap-soul and R&B with incisive explorations of adolescent love." The EP was successful on streaming charts, helping Elaine clock one million accumulative streams within two weeks of its initial release. She was deemed as Apple Music's New Artist Spotlight after Elements reached No. 1 on the album chart in South Africa. 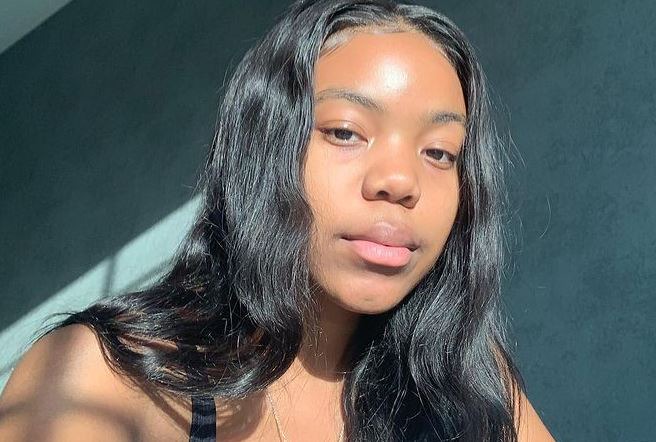 At one point in February 2020, all seven songs from Elements simultaneously placed in the top 10 of the national Apple Music R&B/Soul songs chart. The EP, spawned the single "You're The One", which also topped both iTunes and Apple Music single charts. The single earned Elaine both her radio debut and first number one on the Metro FM Top 40, as well as several weeks atop both the 947 Top 40, and KFM Top 40. Her debut music video for "You're The One" was released in early April 2020 and gained approximately 100 thousand views within 24 hours of its initial release. As of late April 2020, Elaine continues to "dominate" South African music charts. Elements was certified Platinum by the Recording Industry of South Africa in August 2020. The EP was also nominated for Best R&B/Soul Album at the 26th South African Music Awards. 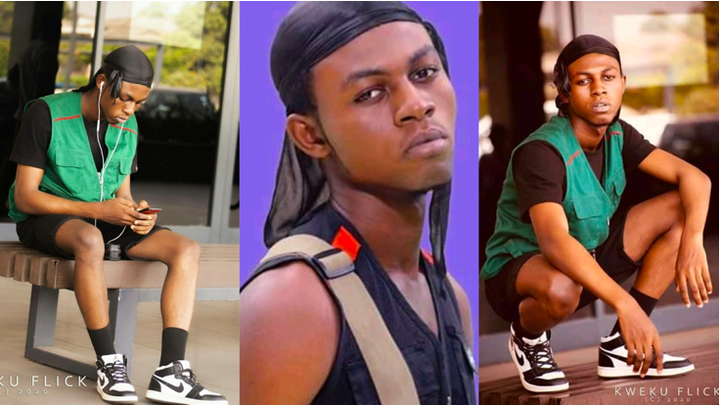 Andy Osei Sarfo (born May 16, 2001) known professionally as Kweku Flick is a Ghanaian Hiphop and Highlife singer, rapper and songwriter who hails from Asante Mampong in the Ashanti region of Ghana. Kweku Flick officially released his first single in Ghana titled "Awake". 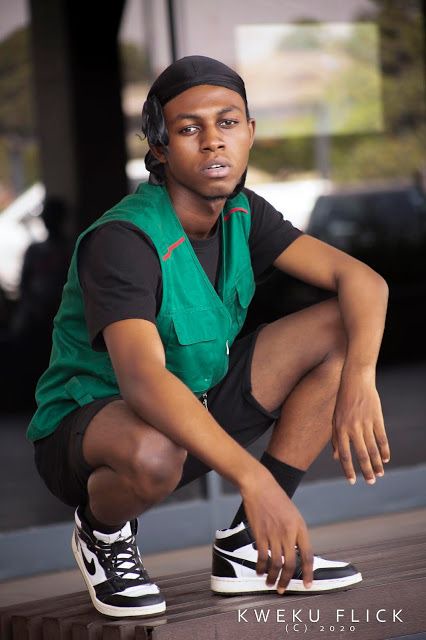 He then later released a second song titled "Money" which made him rose to fame in Ghana and some other parts of the world. 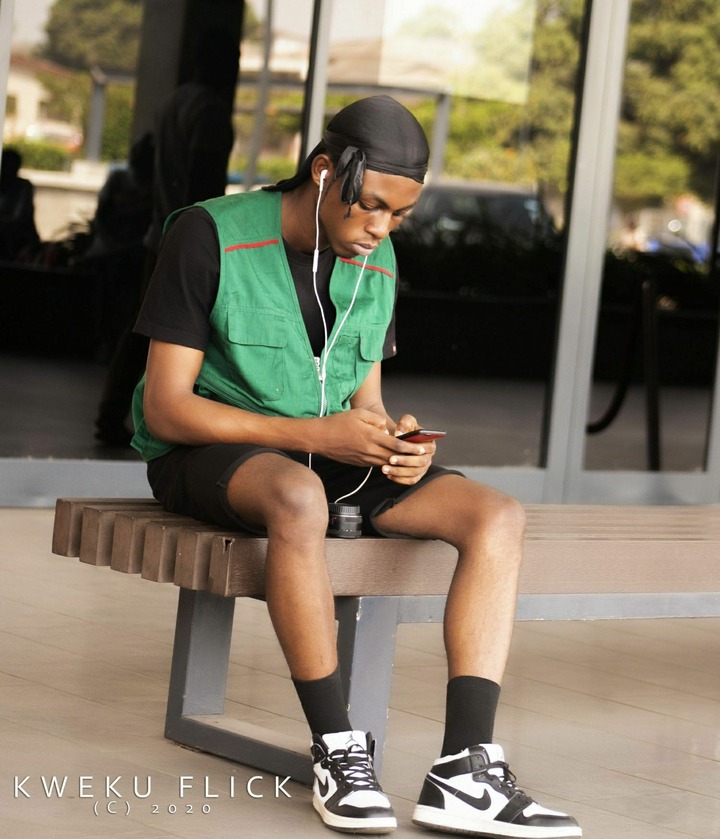 Kweku rising to fame created a lot of controversies of which some fans claimed the young artist is copying the style of the renowned rapper, Kwesi Arthur. 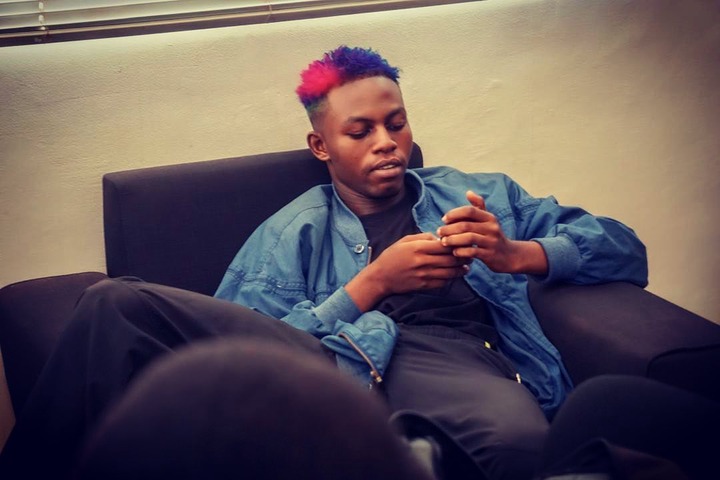 He has collaborated with other musicians like Sista Afia, Yaw Tog, Kojo Cue and in 2020 he was featured on a song by Shatta Wale titled "Ahodwo Las Vegas". 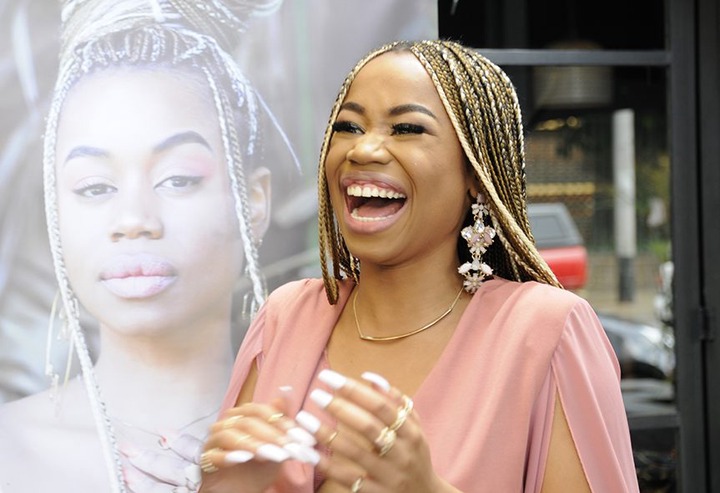 Charmaine Shamiso "Sha Sha" Mpambiro, is a Zimbabwean singer from Mutare. Hailed by many as "the queen of amapiano", she gained popularity for her collaborations with South African dance producers such as DJ Maphorisa and Kabza de Small. 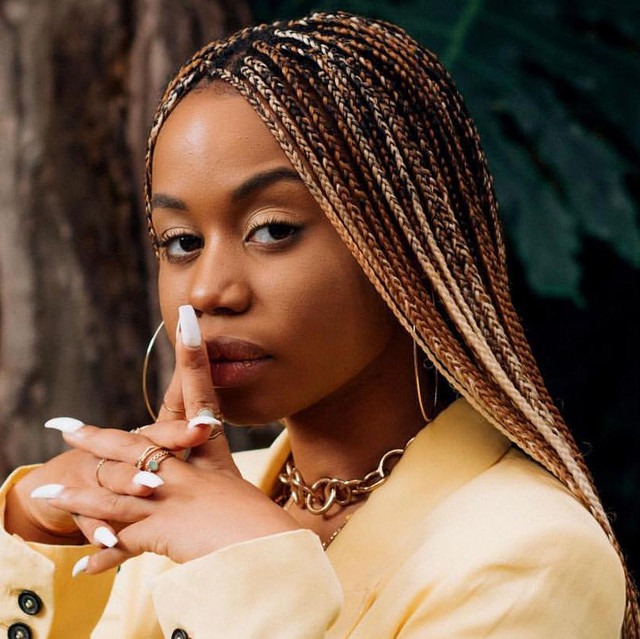 She was awarded Best New International Act at the 2020 BET Awards. Sha Sha was signed to DJ Maphorisa's label Blaqboy Music in 2018. 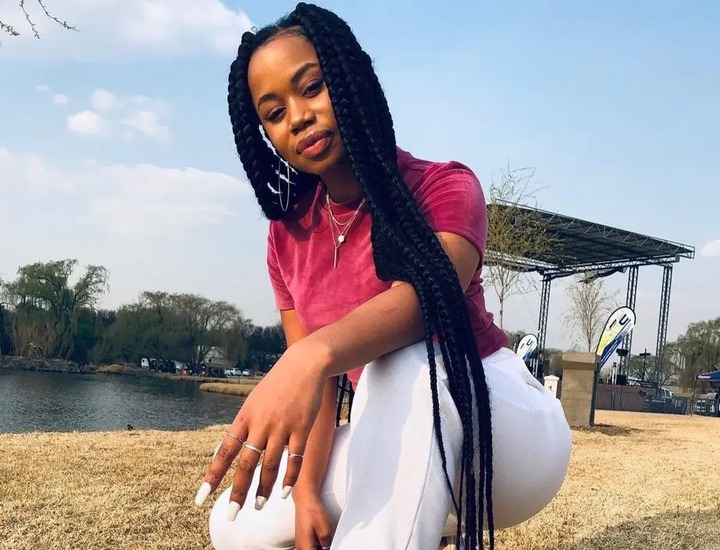 After gaining prominence with her vocals on the songs "Akulaleki" by Samthing Soweto, "Nge Thanda Wena" by Mlindo The Vocalist and "We Mama" by Scorpion Kings, Sha Sha released her debut EP, Blossom in 2019.