By K.TeeDeWriter (self meida writer) | 20 days 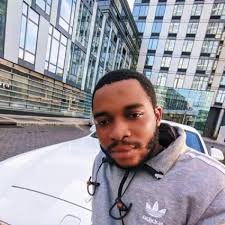 The 'Glass Nkoaa' freedom fighter, Twene Kodua Jonas has won the heart of the youth in recent times and is trending on most social media platforms for some couple of months now. He, alongside Kwame A Plus, Avram Ben Moeshe and Captain smart has in the past weeks criticized our leaders to stop thinking about only themselves and start making life easier for the youth in the country.

The American based Ghanaian incurred the wrath of many after he openly rained insults on some chiefs for watching unconcerned while illegal mining activities destroys their water bodies and forest reserves. A lot of people has advised him to openly apologize for that particular utterances made against the chiefs, but he has said in his other videos he will not do that until the chiefs prevent the galamsey activities going on in their towns. 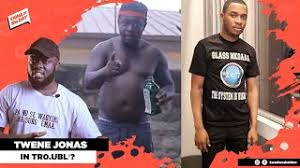 This angered one Mr Kofi Boakye who stays at Ashtown in the Ashanti region to invoke curses on him using eggs and schnapps. But things has got more interesting as one elder sister of Twene Jonas by the name Frema has joined the banter. According to her, they come from a royal home and they know how curses work. She revealed she herself is a Queen mother and is aware of how cruel some of our chiefs are. So what her brother said is the truth and hence that curse invoked on him will never fruition.

In her live maiden video, Frema who is the elder sister of Twene Jonas hit a whooping 1.7k views. And she confirmed she was the one who brought Twene Jonas to the United States due to the hardship in Ghana. She vowed to support her brother for she knows he is doing the right thing. Do you think the Elder sister of Jonas should rather advice his younger brother to apologize instead of supporting him?

Kindly send your views and comments at the comments section below.