Big Akwes Exposed By His Own Aunt On Allegations That His Mother Was A Witch Who Killed His Father.

Kwesi Asamoah, commonly known as Big Akwes, made a bold statement a few weeks ago that his mother brought his father to Nkoronsah and killed him spiritually after the father finished building a mansion and planned to open a clinic because he was a pharmacist. Big Akwes narrated the story, saying his mother requested that their driver take him to Nkoronsah to meet a powerful witch doctor who would conduct a ceremony for him. Because he didn't know my mother's genuine intentions, the driver, who was a native of Nkoronsah, was the one who led her to the witch doctor.

A new video featuring the voice of big Akwes' aunt has appeared online.

"My name is Veronica Oppong, and among my brothers and sisters, I am the oldest. What Kwesi Asamoah has said about my sister and his mother is completely false. Big Akwes' mother is right behind me. Mrs. Koranteng, commonly known as Yaa Akyaa, was my sister. My deceased sister became pregnant while attending school with Kwaku Dwanitoa. At Kumasi's former Central Market, Kwaku Dwanitoa and his family sold yams."

"Despite her suffering throughout pregnancy, she was able to complete her final exams and gave birth to Akwesi Asamoah, also known as big Akwes. Because I was 5 years older than his mother, I had finished school and was working at the time. My sister aspired to become a nurse but was unable to do so due to a lack of funding. Around 1972 and 1973, Kwesi Asamoah's father worked as a pharmacist at Okomfo Anokye Teaching Hospital. He informed my deceased sister that he could get her a job in the pharmacy department at Okomfo Anokye Hospital."

"My husband, was the pharmacist big Akwes granted an interview with Abeiku Santana and spoke about. Because he was not his biological father, everything he said was a lie. Later, in the guise of Mr. Koranteng, my sister married a teacher. Their white wedding took place at Asawase Presbyterian Church. It was the same church where my sister's funeral was held. My sister and her husband rented a house until they could build their own in Abuakwa. My sister died in December 1992 at the age of 37, unable to live in the house they had created together."

Click here to listen to the audio of this and many other disclosures. 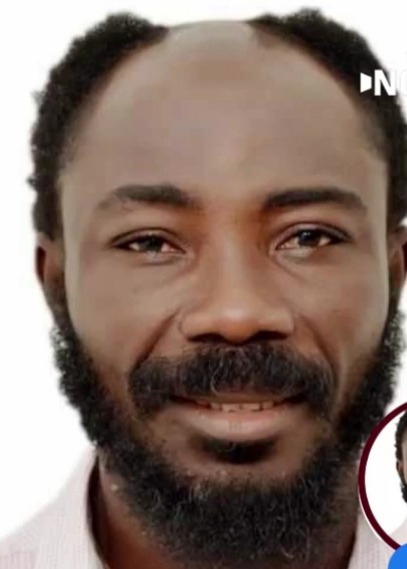 Very Soon, The Recruitment Of Media Personnels Will Come From The Presidency - Delali Seworkpor

Video: Don Little Is Not Only Good In Acting, See Him Trying To Climb Huge Backside Of A Slay Queen