Osofo Emma Delves Deeper Into Curses, Types and How it Affects People

By DCKWAMEKWAKYE | self meida writer
Published 26 days ago - 0 views

The leader and founder of the Hands of God Power Ministry International, Osɔfo Emma also known as Ogyam 1 has explained what curses are and how it affects people.

He said curses are spoken words which are uttered against someone but ought not to have been uttered in the first place.

"Curses are on the tongue of everybody and that is where God chose to hide it from people. The wickedness of our tongues surpasses that of a tiger in the forest".

When asked why he thinks the tongue of humans are more deadly, he said the "Tongue of a man can besmirch the body of man, it condemns people, it destroys the life of people" just from the words we speak.

He spoke to D.C. Kwame Kwakye on GBC Radio Central's show "About Life" on the topic "Curses: Does it Affect More Women or Men and Why?" on Sunday 7th February, 2021.

On the programme, Ogyam 1 outlined three main categories of lifestyles people indulge in and how it brings curses upon themselves.

First, he explained that, in a situation where someone deliberately mudsling another for no reason and that victim whether he hears it or not, it shall bring curses upon the one who accused the other falsely.

He explained, that behaviour among Fantes is called "Abɔwoterim aka". Thus, saying something against someone which just comes out of the blue and peddler of those falsehood knows that what is being said is not true or unfounded. "For peddling obvious untruth about someone brings curses upon yourself" he cautioned people to be careful about what they say against others.

Secondly, he said the next type of curses comes about when an argument ensues between two people and one says something against the other.

Ogyam 1 clarified that, this situation normally arises when there is misunderstanding and words are uttered out of anger. "It could also brings about curses" upon those involved.

Thirdly, Osɔfo Emma disclosed that, the third type of curse arises when someone out of anger approaches a deity to seek its help to settle a matter between that person and another.

He added someone can go to a river or a rock or forest with a schnapp and eggs to invoke the spirits that are inhabited there to act on their behalf. "This also brings about curses and the strongest among all the curses".

But was quick to add that, if one goes to any deity to invoke the spirit to settle a score between that person and another, such a behaviour also creates a covenant arrangement between the invocator and the Spirit which help was sought.

According to him, this practice of setting the energy of spirits into motion among Fantes is known as "Ɔhyeyɛ". This is because one is beseeching the help of a deity and commanding that deity to act in particular way against the other person whom the invocator has a misunderstanding with.

In ending the conversation with D.C. Kwame Kwakye on his 'About Life' show, he advised that people should be careful with the kinds of things they do. Once you lie against someone for no apparent reason, you have invited a curse unto yourself.

He added the words we utter in times of anger against others, either brings a curse unto the person or onto ourselves and also whoever decides to invoke the Spirit of the dead or other deities to settle a matter can equally bring a curse unto themselves or against the other person.

According to him, we should be careful about the kinds things we do in order to avoid bringing curses unto ourselves and others.

D.C. Kwame Kwakye Hands of God Power Ministry International Ogyam 1 Osofo Osɔfo Emma
Opera News is a free to use platform and the views and opinions expressed herein are solely those of the author and do not represent, reflect or express the views of Opera News. Any/all written content and images displayed are provided by the blogger/author, appear herein as submitted by the blogger/author and are unedited by Opera News. Opera News does not consent to nor does it condone the posting of any content that violates the rights (including the copyrights) of any third party, nor content that may malign, inter alia, any religion, ethnic group, organization, gender, company, or individual. Opera News furthermore does not condone the use of our platform for the purposes encouraging/endorsing hate speech, violation of human rights and/or utterances of a defamatory nature. If the content contained herein violates any of your rights, including those of copyright, and/or violates any the above mentioned factors, you are requested to immediately notify us using via the following email address operanews-external(at)opera.com and/or report the article using the available reporting functionality built into our Platform 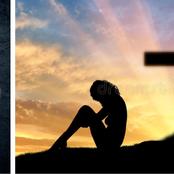 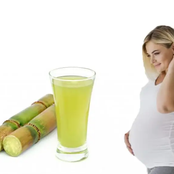 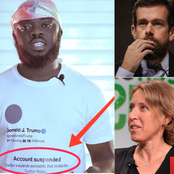 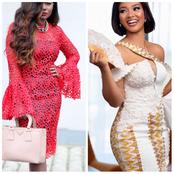 A Guy Looked At My Eyes And He Could Detect That I Was Crushing On Him - How Did He Do That? 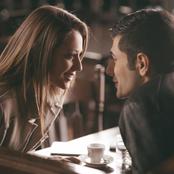 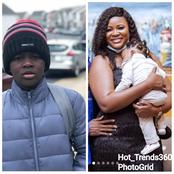