By Choobi (self media writer) | 1 year ago 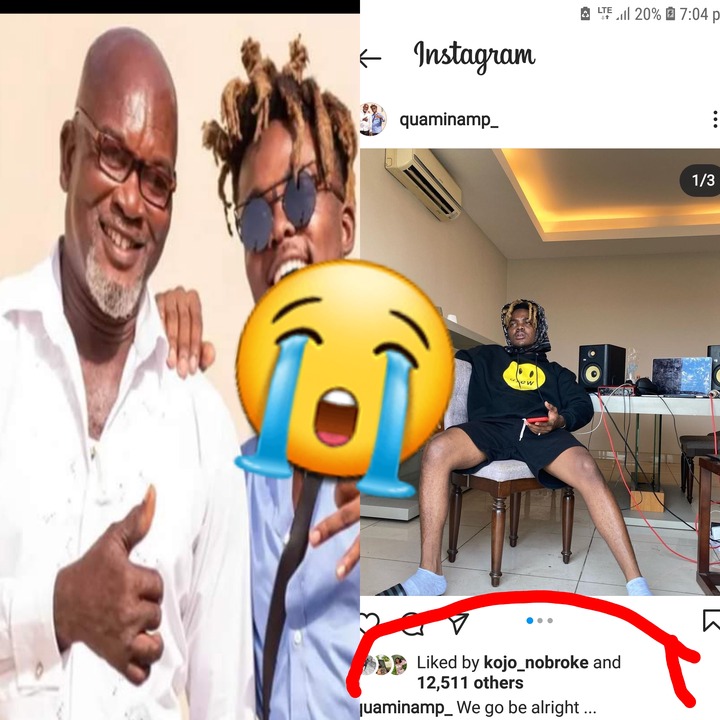 Quamina Mp has finally opened up to the world through a post on Instagram that the captioned "we go be alright".

This follows a sorrowful event that happened to him recently where he lost his father who was popularly known as Bongo to a car accident that both of them were involved in. The accident took place on the Akosombo road.

Hours, after his father was rushed to the Akuse government hospital he was pronounced dead by able doctors who tried their very best but because the man was brought in in a serious condition, they could not save his life.

Quamina MP shut the whole world out after the death of his father was confirmed. His management later came out that he wanted privacy to mourn his loss.

But Quamina himself has come out to inform his fans that he is holding on well and that they should worry less about him because he is doing fine but just that he is still mourning his dad.

His post got his close friends and fans happy because it's been weeks since anyone heard from him and this has put smiles on the faces of many.

Below are the photos he posted; 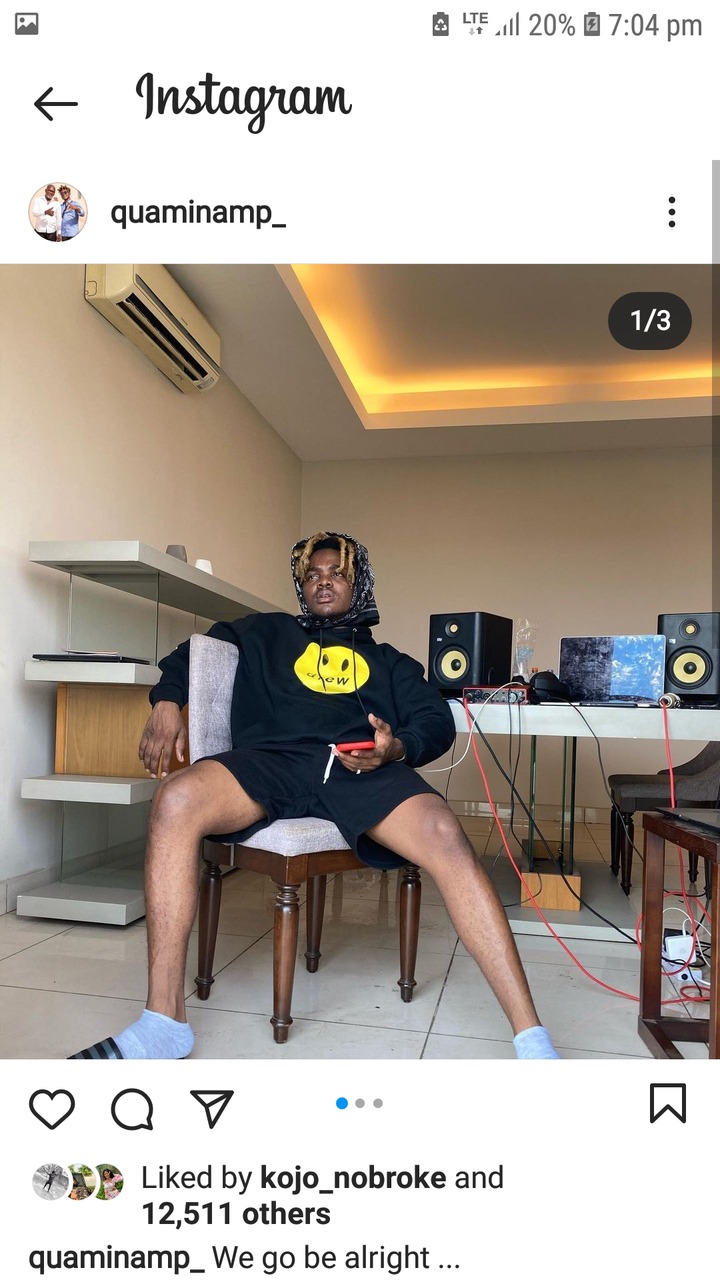 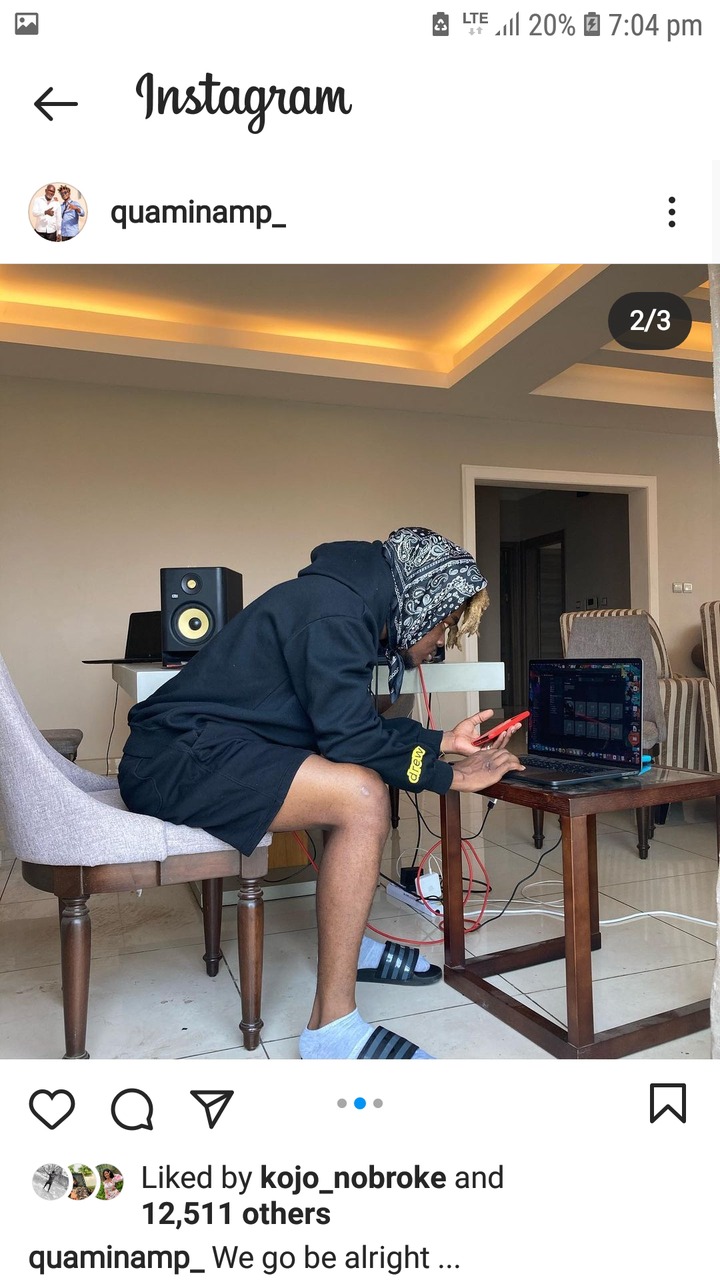 Content created and supplied by: Choobi (via Opera News )

Deputy Finance Minister Gets Another Appointment; Sworn In Today

Plants And Vehicles Of GN Bank Abandoned 3 Years After It Collapsed: Ex-Staff Holds Placard On Live

An Emergency Meeting Is About To Be Held: BBC Breaks The News About Ghana To The World