By FredakonaduAfrifa (self media writer) | 1 year ago On Obra yesterday , 2nd of September 2020, a junior pastor took her mother in law to the host , mama Effe Amanor and her crew instigating that his ex girl's mother is demanding for him to pay 2000gh cedis as a compensation for her daughter.

The woman was invited into the studios of Nhyira fm and the table turns out against the junior pastor. According to the woman , her daughter is a diploma graduate but when this man met her, she was still undergoing her distance education. In the course of the relationship, the lady got impregnated and couldn't sit for some of her final exams due to birth. After the lady gave birth , this man name pastor Antwi moved in with the lady into her family house, and everything inside the room was bought for the lady by her mum including the bed and mattress they slept.

This man at then time was into galamsay. One thing led to the other and there was a fight between the two which resulted into curses. The man and the lady separated without naming the child. His mother in- law took care of what he will eat too.

He went in for another woman whom they have given birth to two children with this second lady being a minor( as in not working).

His in law being so kind hearted wanted to take things one step at a time.she wanted to settle issues amicably so she told the head pastor of this man but the man insulted her mother in law. Upon hearing this mama Effe made this man apologize to his mother in law. Below is when he was apologizing. 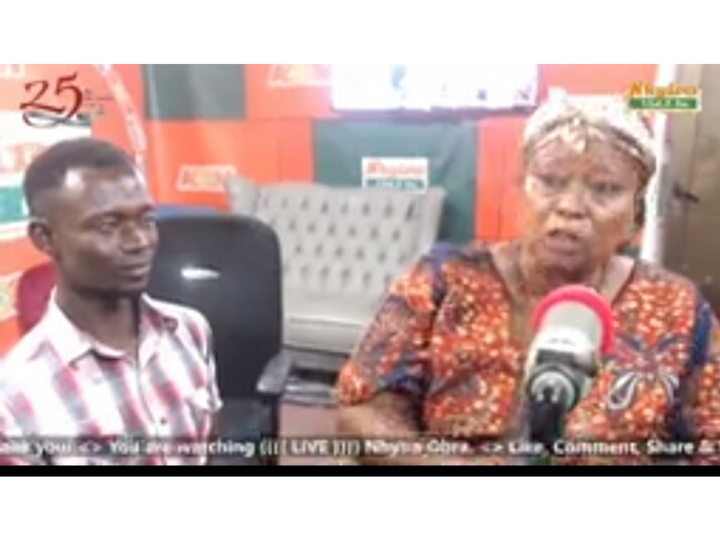 The woman still apologized to the crew that they shouldn't embarrass him and all that she wants is for the man to settle her daughter if he( pastor Antwi) says he is marrying another woman.

She wants him to rent a room for her daughter and give her money as compensation. The crew led by mama Effe promised the woman who was in tears because of how this man has treated her that they will see to it that the man settles her daughter.

Callers came in and some who claim to know this man said he is popularly called Appiah kubi and that people from his hometown does not even know he is a pastor.

Others also called to confirm how they saw the woman go through though time for her daughter's sake.

Content created and supplied by: FredakonaduAfrifa (via Opera News )