By Gabby'sMedia (self media writer) | 16 days ago 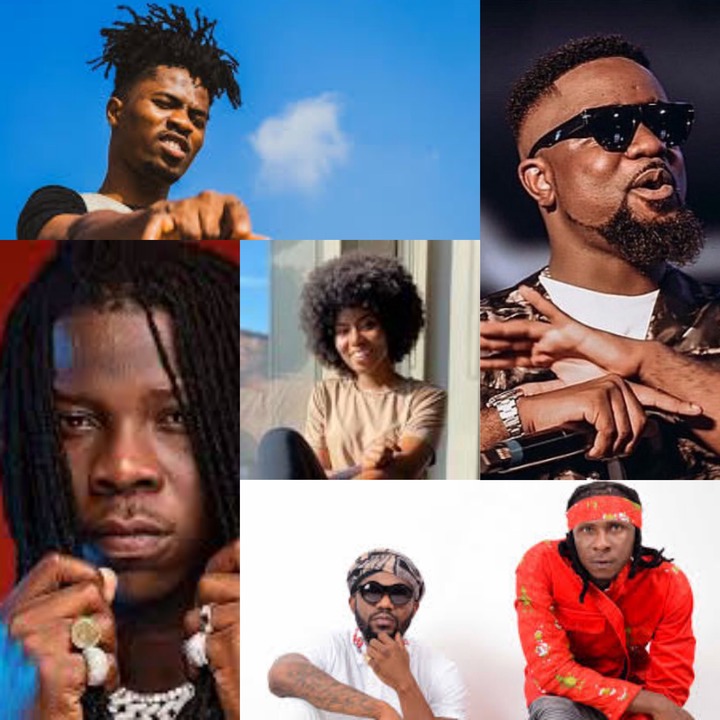 Ghana Music Industry over the years has achieve success in the International market with some hardworking musicians making impact in the Global market and earning awards globally with BET being no exception.

The BET Awards is an American award show that was established in 2001 by the black entertainment television network to celebrate African Americans in music, acting, sports and other fields of entertainment over the past year.

BET started recognizing African music in 2010, from that time till now they have given awards to African artistes in a special category known as 'Best International Act'.

Since BETs started nominating African Artists, only 7 Ghanaian Music stars had been nominated.

Now let's take a look at all the musicians who have been nominated at the BETs.

He was the first Ghanaian act to be nominated at the BETs newly introduced category for international artistes in 2010 but he couldn't win.

The 2nd Ghanaian act to rep at the BETs. Most people have forgotten that D Black was the first hip hop act from Ghana to go to the BETs in 2011 but he couldn't win.

He represented Ghana in 2012 and won the first ever BET Award. 7 years later, in 2019, he won another BET Award in a different award scheme - BET Hip Hop Awards as the Best International Flow.

They were very famous in Ghana between 2012 - 2013 after releasing hit songs like: Odo, Life, Bayla Trap and Slow Down.

In 2013, they won Artiste of the Year at the Ghana Music Awards and got nominated at the BET Awards. That year, but he couldn't win.

He won his first BET Award in 2015 after being nominated, becoming Ghana's second act to win such an award. He was phenomenal that year and many people were not surprised he got honoured at the BETs.

She became Ghana's first female act to be nominated at the BET Awards in 2016 but she couldn't win.

In 2018, Kwesi Arthur got nominated in a new category - Best New International Act but he couldn't win.

In conclusive, these are the only Ghanaian Artists who had represented Ghana at the BETs over the years.

Content created and supplied by: Gabby'sMedia (via Opera News )