By Serwaa_Bernice (self meida writer) | 1 months 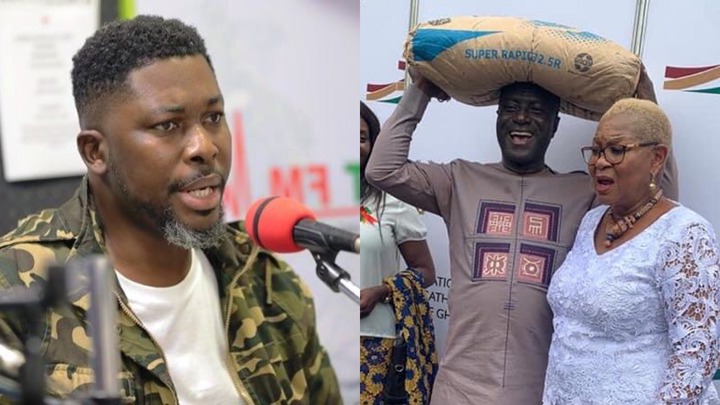 Sad news hitting Captain Smart Of Angel Broadcasting Network has it that, he has been indefinitely taken of air by his bosses for allegedly criticizing the Akufo-Addo led government over their incompetence.

This was however made known to the general public by the IMANI Ghana CEO, Franklin Cudjoe, and according to him, Captain Smart’s bosses at ABN took him off air due to pressure from high ranking NPP officials and when he will be brought back on air is unknown.

Captain Smart is however known for criticizing governments and exposing corruption in the country even in his days at Adom TV as host of ‘Dwaso Nsem’.

According to A Plus, it good he has been suspected by ABN due to pressure from high ranking NPP officials so that, next time he won’t support them in building a National Cathedral when people are studying under tress.

A Plus said that as he shared photo of Captain Smart carrying cement to help kick start the building of the National Cathedral with the caption;

“It's good. Next time he won't carry a bag cement to them to build a cathedral” 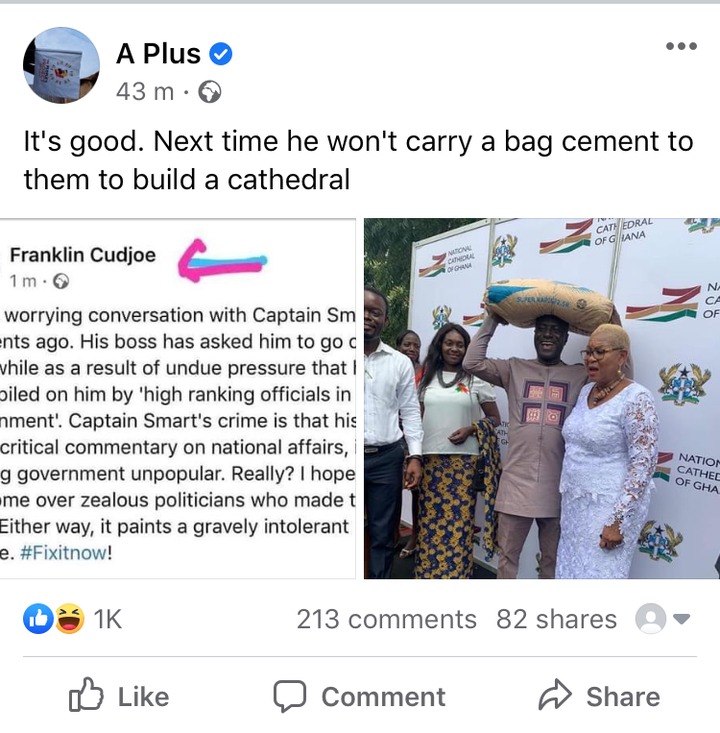