By KwesiFaithful (self meida writer) | 1 months 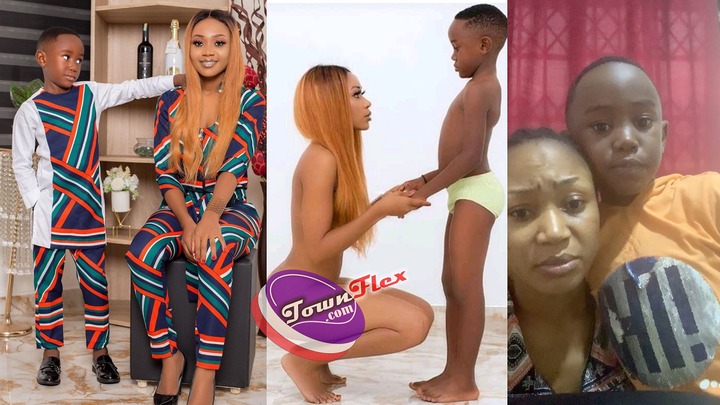 Akuapem Poloo came under attack some time ago after wishing her son a heartfelt birthday wish attached with a nude pic of herself and son. According to the actress, her reason for posting that picture was because of the kind of son-mother relationship she has with her son, and she saw nothing with posting a completely naked photo of herself together with her son. 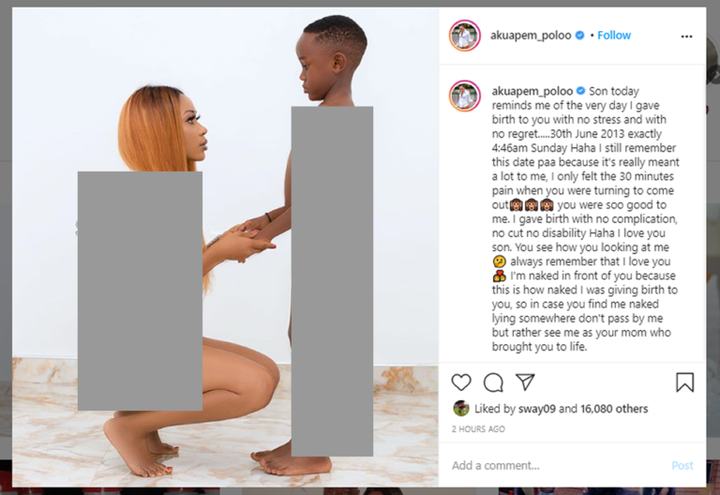 To her there was nothing wrong with the picture but in the eye of the public, it was so wrong. She received critics from all over to the extent that authorities had to step in. She was detained by the police and was made to file a report which she got released afterwards but the case still remained.

In News today, Wednesday, Accra Circuit court has convicted the actress on her own plea by the court presided over by Christina Cann. Akuapem Poloo pleaded guilty to all three charges and this conviction over posting naked picture with her son on instagram (a public domain) to celebrate son's birthday.