Caleb Elolo Adjomah popularly refereed to as Giovani Caleb is a fast rising media personality, husband, father and host on radio and TV in Ghana. He turns just 33years this May 27, is also a Master of Ceremonies, he has also hosted events including Ghana Club 100 Awards, MTN Hitmaker, the AFRIMA Music Village show (2018), 2019 Ghana Business Awards and the Vodafone Ghana Music Awards Red Carpet show.

Giovani is also a dedicated High-Level Influencer for UNHCR’s LuQuLuQu initiative and according to the world renowned UNHCR website, it states about him that, "With over a decade of experience working in radio and television, Giovani Caleb is a seasoned media professional. Giovani has extensive experience in broadcast journalism, TV presenting, program management, DJ’ing and event organizing. Giovani has travelled to Ampain Refugee Camp on a field mission with UNHCR, where he met refugee families and learnt about UNHCR’s operations and program providing emergency relief, shelter, education and vocational training to refugees and asylum-seekers.

Giovani has supported LuQuLuQu activities and events, such as the Step for Safety walk campaign. He was also a key player in putting together The Greatest Gift Charity Concert and has ongoing engagement with UNHCR to change the narrative of the African refugee." It said. 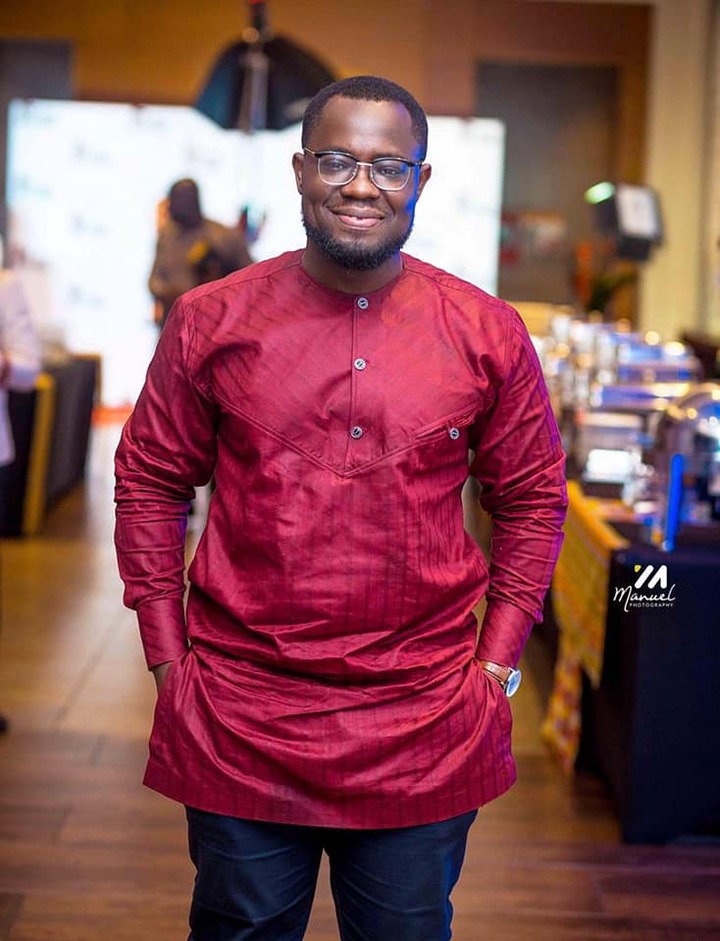 Caleb's career started on Legon campus, whiles still an undergraduate student there. In 2008 with Radio Universe, whiles in his second year in the University of Ghana, he was working in the media space. He then joined Global Media Alliance and rose through the ranks to become the programs manager for YFM, a youth focused media organization owned by the now ambassador to China, Mr. Boateng.

He later landed his first role as a TV presenter on Late Nite Celebrity Show on eT.V Ghana, another firm under the same group of companies, and later then moved to EIB Network's Live FM in 2015. He was the host of Starr Drive on Starr FM before leaving to join Media General's TV3 Network and host of 3FM Drive, where he was later joined by Berla Mundi, also from EIB Network as a co-host. 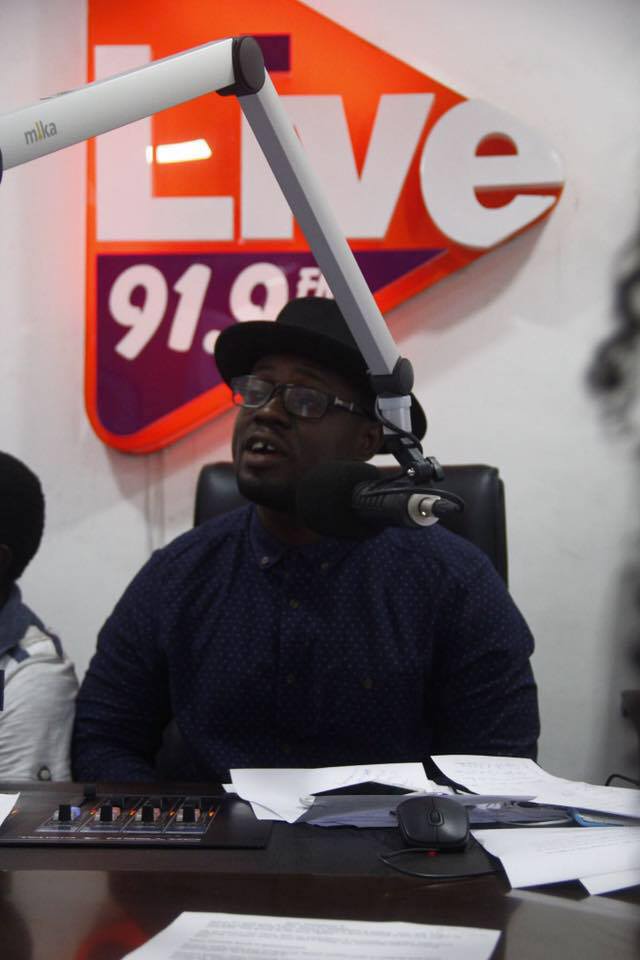 His shows have been the toast of many patrons and his commendations increasing. For instance, most recently, American actor, comedian and TV host Steve Harvey who was in Ghana promoting the Family Feud Ghana show had revealed his favorite radio personality in Ghana. In an interview with Giovani Caleb on his 3FM Drive Show, the comedian heaped praises on the 2019 RTP Drivetime Show award winner for his originality and creative content creation. In the middle of the interview, Mr. Harvey had said: “My man, what you doing is amazing! I have listened to a few radio stations and they are all doing the same thing but you’re different because you’re creative. You call people, your prank call segment is new and exciting. Keep doing you and some big money will be coming your way”. 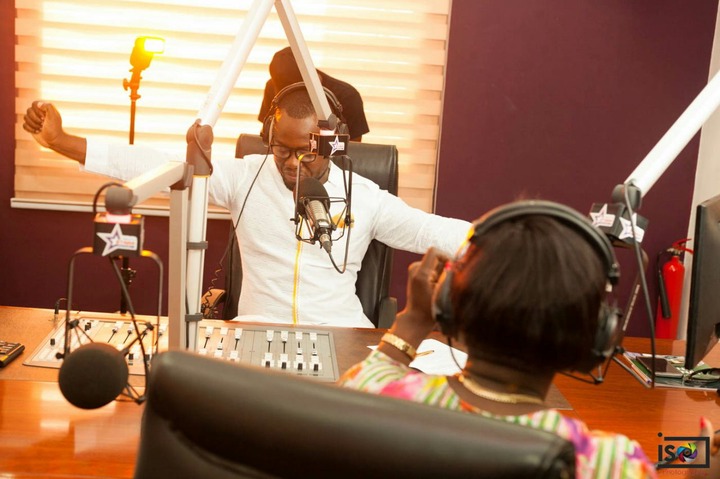 Giovani had completed his second cycle education at the Bishop Herman College and graduated from the University of Ghana with a bachelor's degree in Psychology and Linguistics. He also holds a Diploma (HRM) from the Institute of Commercial Marketers-UK. Caleb been a brand ambassador for a couple of brands that seeks to reach out to the youth, including firms like Malta Guinness and the UNCHR's Luquluqu Tribe, Jumia, South Africa Tourism, Hyundai Ghana, Infinix Note 7, using his garnered social media influencer to help project their brands.

Most recently, he was named by TV3 as the host of its Date Rush Show and that had gone viral with some expressing doubts about his capability as the initial host had showed great command over the show and was influential in making it a hit just before the season was over and his sudden quit. 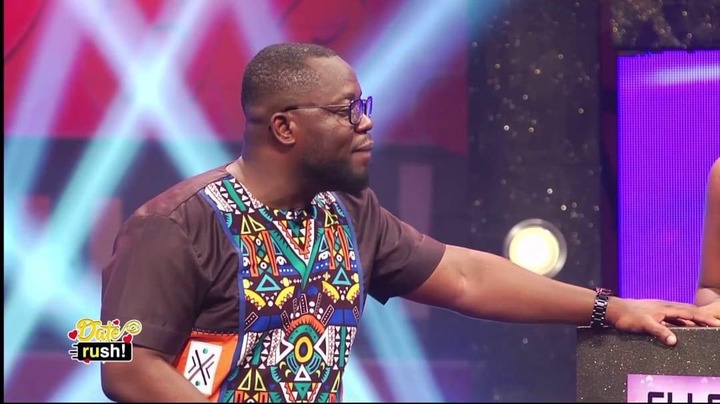 Giovanni Caleb, the new host for TV3 Date Rush show, however finally explained how he took over from the former host, Nii Kpakpo Thompson. According to him, he was informed by the management of TV3 that Kpakpo had relocated from Ghana, and so they needed him on board. 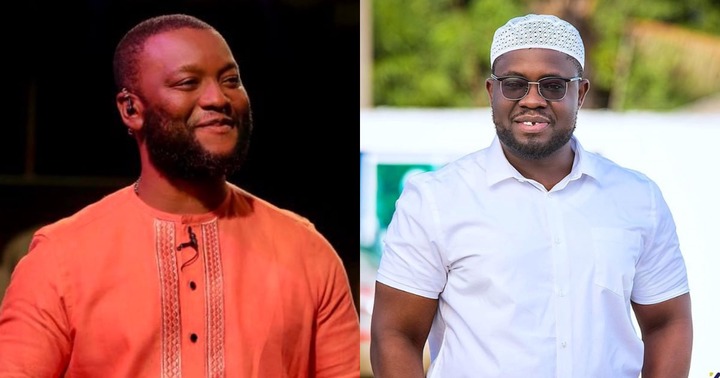 He described Nii Kpakpo as a wonderful and talented host who did well with hosting the past episodes of Date Rush. Giovanni was quick to add, however, that he also believes in his craft and knows he is doing well as the new host. Asked if he saw the negative comments that came from the public over the change, Giovanni said he saw and read all the comments but they never moved him. According to him, people have now accepted and warmed up to him as the new host of the show.

Interestingly however, another report had come, where Nii Kpakpo had revealed why he was no longer host of the show, as he made this disclosure when the first episode of Date Rush was aired and Ghanaians got to know that he had been changed as host. Thereby literally contrasting what Giovanni's had said.

Giovanni's relationship wise, is now married to Belinda Boadu and with kids. In an interview with Delay, he has revealed how he met Belinda, his wife, and how the attraction was, the very first time they met, as according to Giovani, it was love at first for both of them, when she, then a stranger had walked into his work place to make an enquiry. 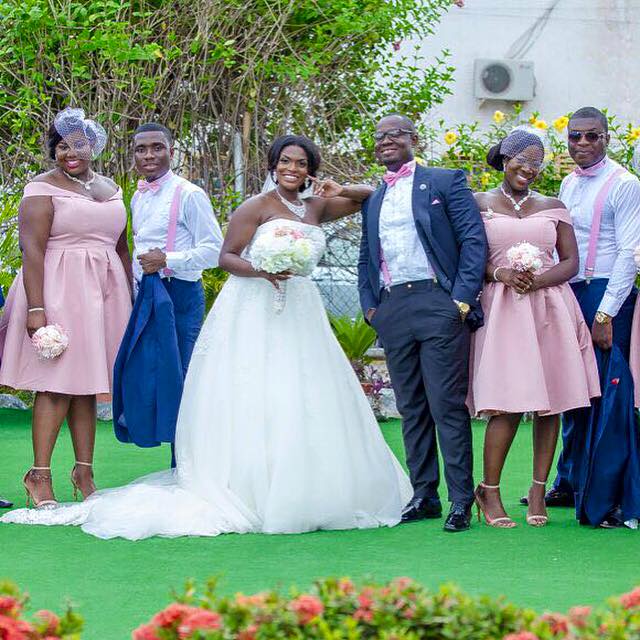 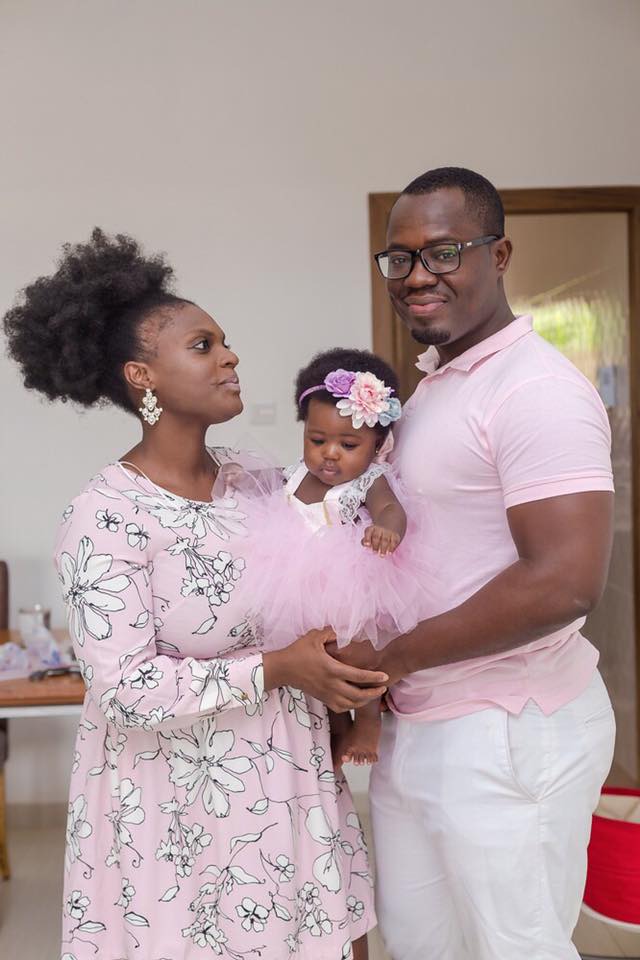 Giovani said upon receiving her, her amazing accent in speaking alone was catchy, so he asked his other work colleagues to allow him assist her, and act as the manager for that moment. He added that after interaction with her, they took some pictures together, and from then, they took their relationship further.

What has however stroked controversy is about his reactions to an alleged one night fling with another host of TV3, Nana Abena Korkor. Giovani had emphasized that he never had an affair with her. "I didn't know why she did that. Her condition too is one that we need to respect. This is a woman going through a lot and for me, I will not come and sit here and belittle whatever she's going through". He had said in the interview with Delay. 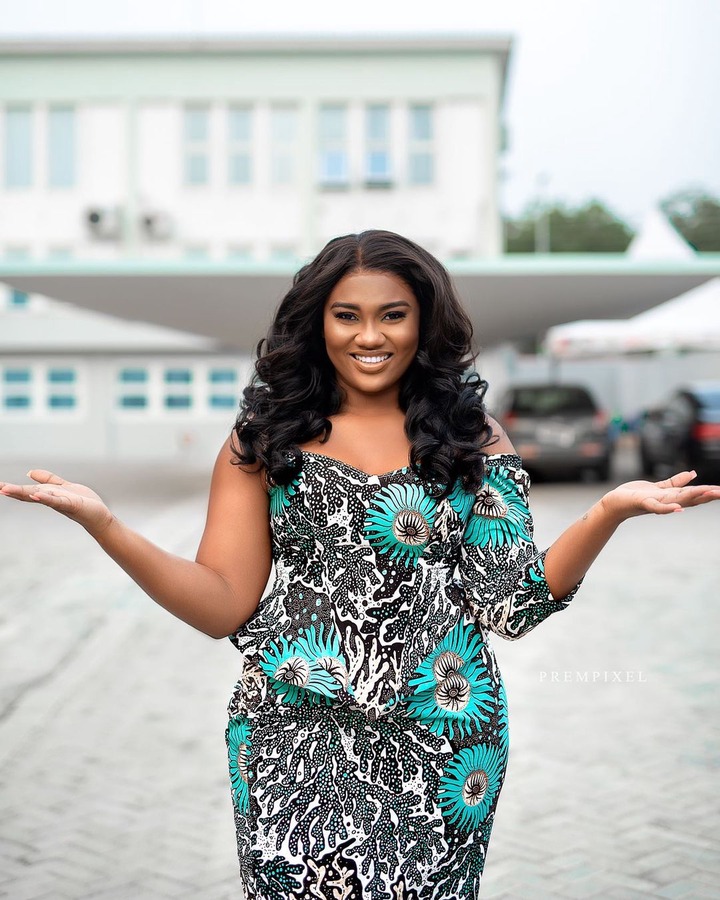 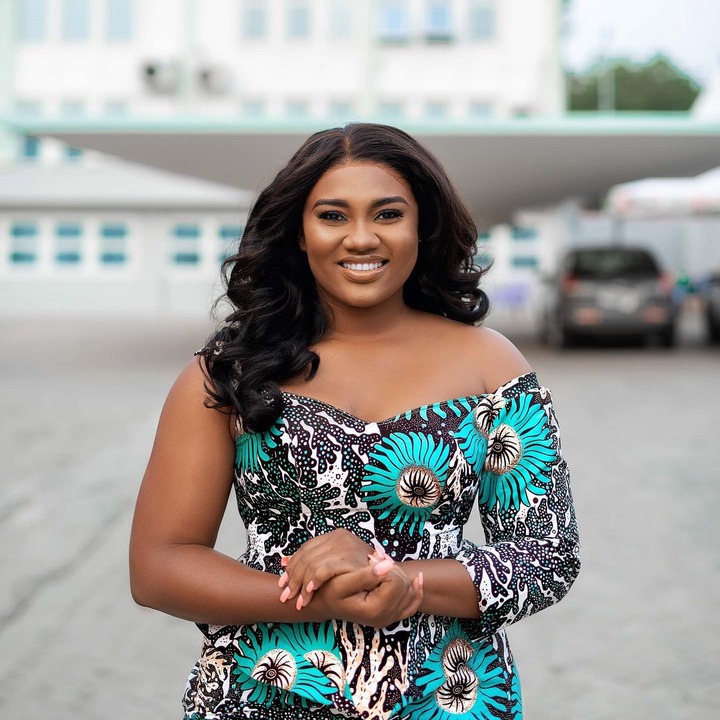 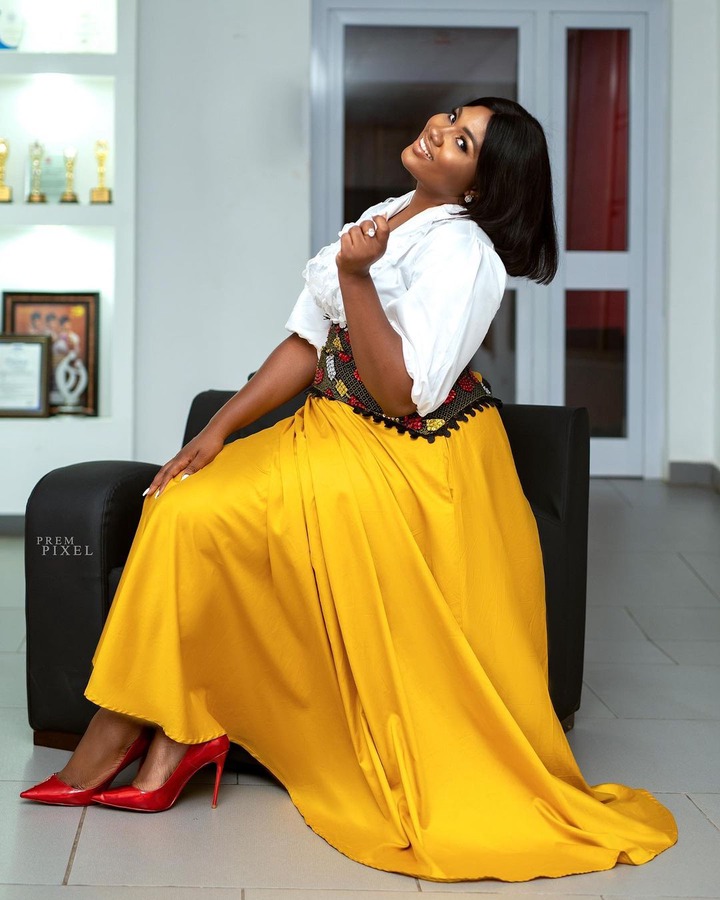 However, Abena Korkor has expressed her dissatisfaction with his comments and insisted that, she never concocted stories in her relapse to defame anyone. Abena Korkor is a known and self confessed mental health patient who is doing well now.

In her post, she wrote that, "@delayghana I hope you get more honest interviews. I never lied about anyone neither did I make up stories. Unfortunately, I have relapses sometimes and I talk about sexual relationships. Most of you men knew. But since you enjoy va***Nas more than people’s mental health and emotional health, our business might always end in public". In another post, she added that "I wonder why Giovanni didn’t ask for that part of the video to be cropped or people didn’t ask him to do so but I have people in my inbox asking me to take this post".