By MillerMills (self meida writer) | 16 days 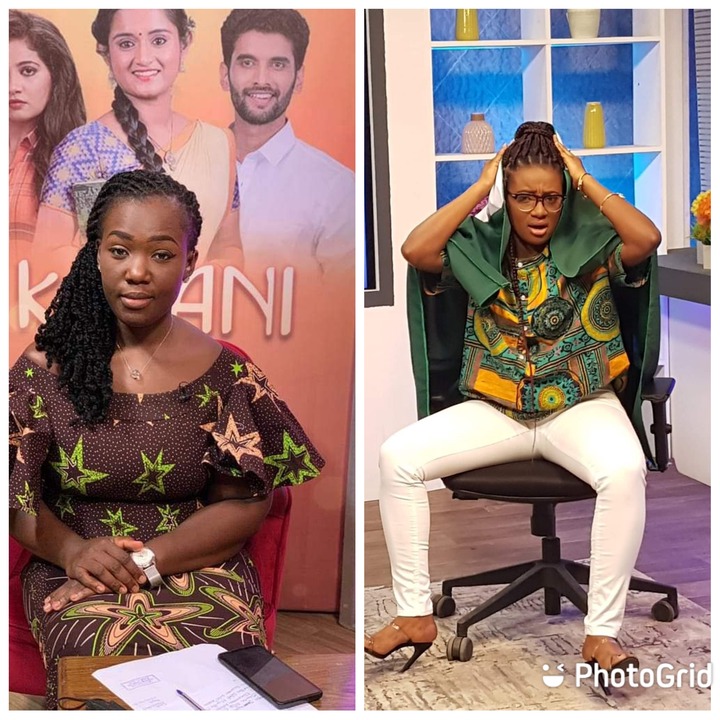 Sister Sandy is journalist and also a television personality who works with the multimedia and Adom television.

Just this morning on Ahosepe which is always hosted by Sister Sandy herself.

She showed a video which was about another television host of the same Adom television who went to welcome her father at the airport.

The name of that television personality is Tima Kumkum. Accorsing to the video, Tima's father expressed his feeliñg that he have missed his daughter very much after twenty years.

According to the man, he left when Tima was just thirteen years. The man went ahead that they should go home before he cries.

This morning after Sister Sandy showed the video, she went ahead to tell Tima's father that she needs hundred dollars.

Many taught it was a joke but she went ahead to explain that he can make it momo for her.

She further said she is pleading with him not to give the money to Tima because she don't trust Tima with money.

This have kept many people talking because they don't know what issue the two have with money.