By Edifnews (self meida writer) | 11 days

Between c.1680 and c.1695 (exact year unknown; but he was definitely Kumasehene by 1695), Anokye was his advisor and chief priest when Osei Kofi Tutu I succeeded to the throne of the Kumaseman State and to the leadership of the small group of Akan forest states around the city of Kumasi, which were already grouped in a loose military alliance. Tutu and Anokye, who must be regarded together, continued their predecessors' expansionist policies, crushing two formidable opponents, the Akan Doma to the northwest and the Denkyera kingdom to the south. 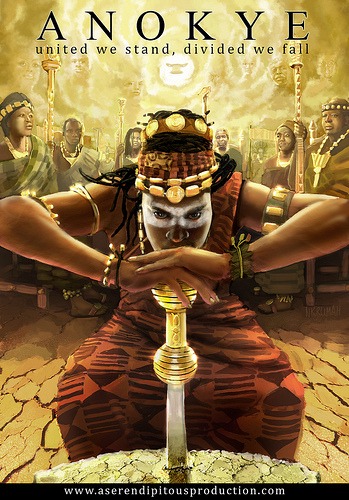 According to Ashanti historians, the Asante people are descended from the peoples of the ancient Ghana Empire (thus Kwame Nkrumah's current name for the country), which is said to have supplanted their martial valour. During the 17th century, the Ashanti overthrew their dominant overlords, the Denkyira, and occupied vast swaths of Ghana. Okomfo Anokye was an influential cleric who was tasked with rallying the people behind his comrade, the king.

Anokye is also said to have buried a dagger in the Ashanti region, which the Europeans have been unable to remove with any technology for over 500 years. Ashanti was one of the few West African countries to win combat victories over the British. So, given the current state of science and technology, do you believe that if the Europeans try to take the sword out again, they will be successful?