By EboSafo.com (self meida writer) | 13 days 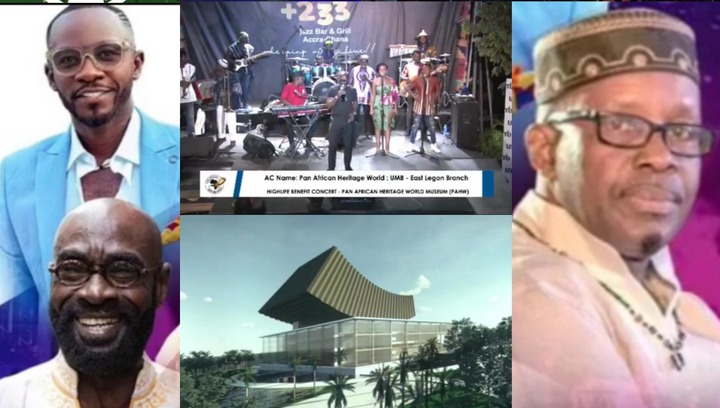 Last Saturday night, June 5, 2021 will forever be remembered, as one of those great nights when rapper and philanthropist Okyeame Kwame, Highlife legends Besa Simons and Pat Thomas clashed on one stage, as they thrilled and entertained Ghanaian patrons with an amazing live Band, at the Semi-Virtual Highlife Benefit Concert, meant to raise funds for the building of Pan African Heritage World (PAHW) Museum in Ghana. 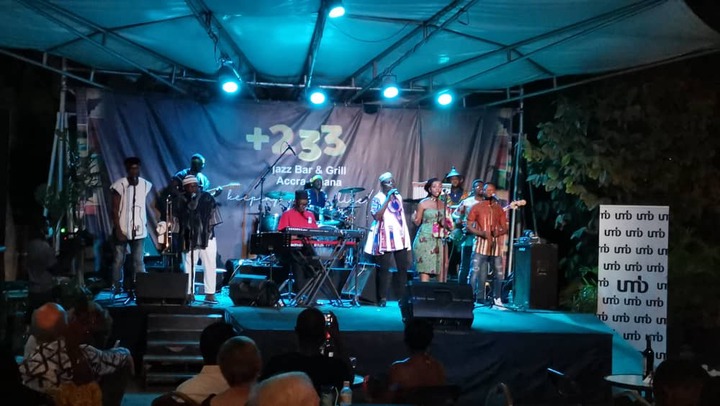 Okyeame Kwame who was the MC for the Concert introduced Bessa Simons, who set the ball rolling with his Bessa Band . Legendary Pat Thomas, also came in with his amazing back to back Highlife great songs.

Patrons continued to jam seriously to songs when the versatile hitmaker Okyeame Kwame climbed on stage for his live band performance. He began with his "Made in Ghana" song, and continued with "Woara", "Faithful", and "Y3ko" featuring Kuami Eugene and host of other great songs. 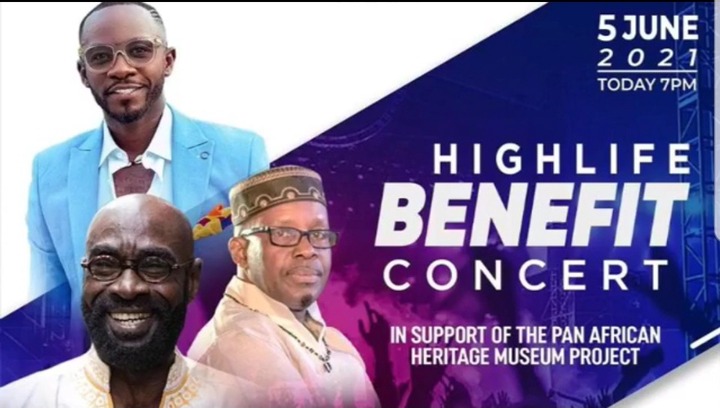 He had great audience interaction and with the able support of the Bessa band, things went smoothly during the three and Half hour Concert.

The founder of the Pan African Heritage World Museum (PAHW) known as Hon. Kojo Yankah, made it known that, together with his hardworking team, they intends to raise $58 million to build the ultra Modern Museum in Ghana, which will the first of it's kind in Africa.

The Virtual Highlife Benefit Concert was meant to raise funds for the PAHW Museum, and it received a massive patronage from fans who were present that night, in which Bank Accounts and Momo Numbers used for the funds raising was made known during the event.

Nana Asante Bediatuo, the Executive Secretary to the President of Ghana Nana Addo Danquah Akuffo Addo also witnessed the event. He climaxed the show to the apex when he performed Kwadwo Antwi and KiDi's 'Odo' songs with the Bessa Band.

Check out full performance from the Concert Below: