By Ronald (self media writer) | 2 months ago 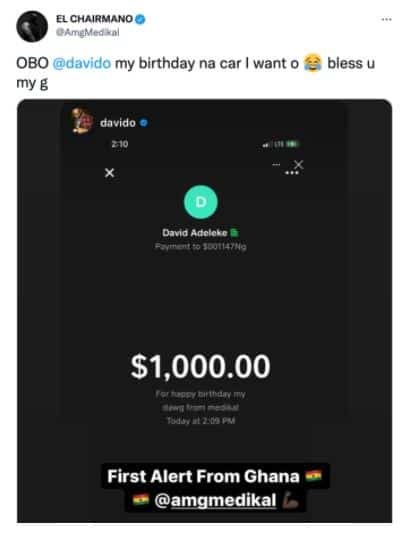 Medikal has registered his name as the first Ghanaian musician to dash Davido $1000.This philanthropic act comes after Davido who is currently in Dubai challenged his friends and fans to send him N1 million, saying he has always been in a position of lifting others and now he wanted them to return the favour.Nigerian singer David Adeleke, popularly known as Davido, via a post on social media confirmed the alert from the Ghanaian rapper just a few minutes after he put out the request. 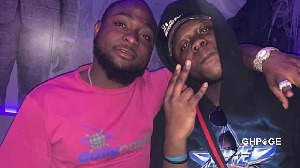 The challenge which seemed to have started as a joke has now taken over the internet, drawing up various reactions from netizens.

Davido has received over N100 million after asking his friends to send him N1 million each ahead of his birthday.In a video posted on Instagram, which many took to be a joke, Davido called on those he had helped in the music industry.

He has also received money from "Oyo State House of Representatives member Akin Alabi, businessman and socialite, Emeka Okonkwo E-money and Obinna Iyiegbu aka Obi Cubana".The singer has been updating his Instagram stories regularly with screenshots of transactions and individually thanking everyone who sent him money. 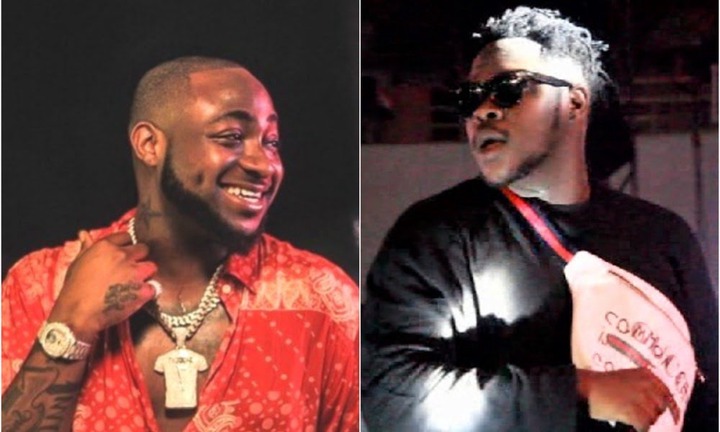 Content created and supplied by: Ronald (via Opera News )