By Ferdinandnews (self media writer) | 1 year ago 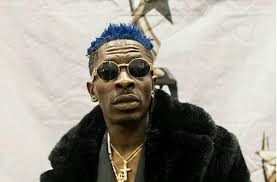 Charles Nii Armah Mensah popularly known as Shatta Wale has becomes a hero as his lyrical songs and lifestyle are captured in pupil's textbook. Since he released his debut hit song titled 'Dancehall King', Shatta Wale has become an icon for Africa and the world at large. He seems to be famous than his colleague musicians.

A primary 4 Creative Arts textbook by Alpha and Omega series have captured a brief history about the reggae-dancehall Artiste. The topic where his name came is, how to make your own music based on ideas from history and culture of the Ghanaian people. So his song titled 'Neighborhood Hero' lyrics are written word for word for the class 4 pupils. 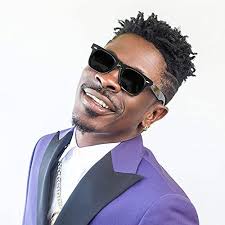 His other songs like 'My level', 'Gringo', 'Bullet Proof', 'Ayoo' among others are captured in the textbook. Some Ghanaians argued that, the pidgin language used in the textbook will not help the children to learn and write correct grammatical sentence. But others replied that, this is arts work and if some musicians have used it to make it in life, why not? Besides not all the children will become doctors, nurses, lawyers, bankers in the future.

But the question is: why Shatta Wale? Others thought that musicians like Sarkodie, Stonebwoy, Okyeame Kwame, Kuami Eugene, Samini and the like should have been used instead of Shatta Wale because they portray more good moral character for children to learn from than Charles Nii Armah Mensah. Some contents in current textbooks manufactured by authors make some Ghanaians to wonder if Ministry of Education and Ghana Education Service are really doing their work. 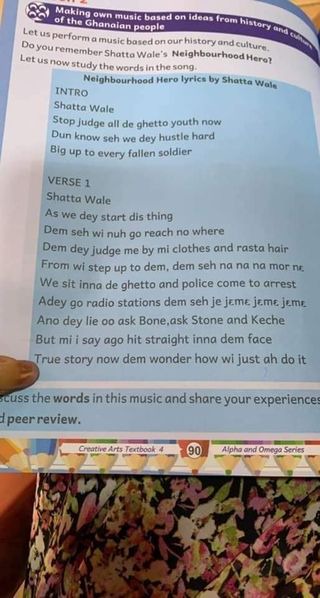 Many Ghanaians are of the view that, checking and supervision of textbooks for approval these days have reduced drastically. In the 1990's and the early 2000's, arts work in the class are mainly calabash arts, tie and dye among other handiwork training but arts work have taken a new dimension now. 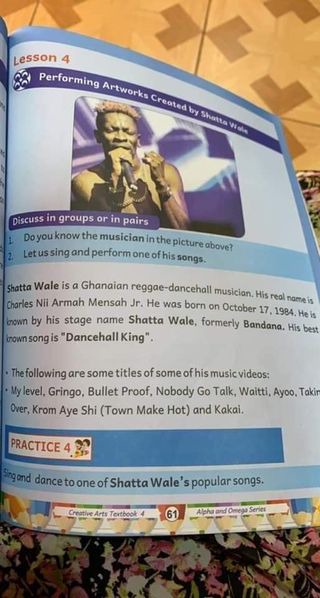