His Royal Majesty Otumfuo Osei Tutu II, Asantehene, will not be able to attend the events marking the State Funeral of Her Majesty Queen Elizabeth II. The funeral is scheduled tomorrow, Monday, 19th September, 2022. According to Opemsuo FM, Otumfuo has humbly declined the invite. 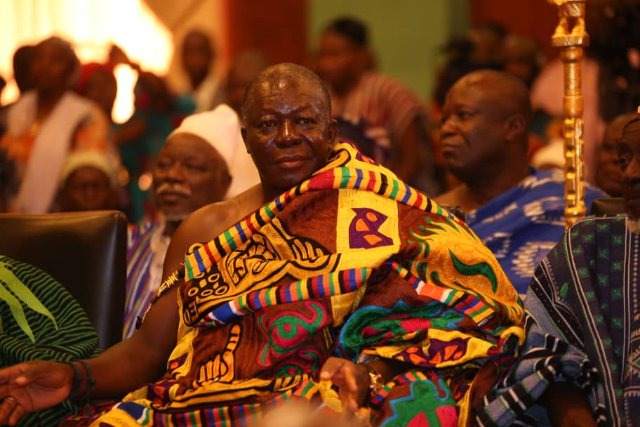 In an official communication to His Majesty's Household and the Foreign, Commonwealth and Development Office dated September 15, 2022 on the subject RE: 211/2022 and sighted by Opemsuo 104.7 FM, His Majesty Otumfuo Asantehene can not attend the events marking the State Funeral.

According to Opemsuo FM, Manhyia is yet to give official communication to the general public on why Otumfuo didn't attend the funeral.

As communicated earlier, Buckingham Palace has officially received the unavailability of Asantehene to attend the funeral of the late Queen Elizabeth II.Otumfuo Osei Tutu II had a telephone audience with His Majesty King Charles III last night. 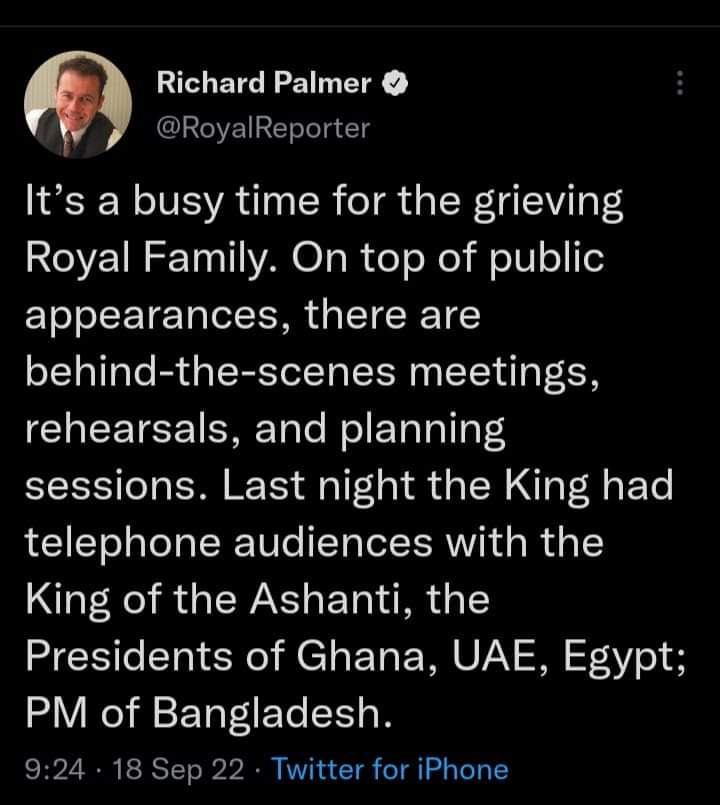 Gbese Mantse Nii Ayi-Bonte has asked to be invited to the Queen’s funeral just like other notable traditional rulers across the world. He pleaded with the British high commissioner to be given the chance to attend.

Speculated Reasons Why Otumfuo Is Not Going For The Funeral

Some people are speculating that Otumfuo cannot use a commercial flight, because of insecurity so that is why he didn't honour the invitation.

It is also speculated that the Asantehene doesn't watch or go near dead bodies who aren't his Abrempon (Royals).

Some also said that it is because he Otumfuo has travelled for equally important purpose.

His Royal Majesty Otumfuo Osei Tutu II, Asantehene, received an invitation from His Majesty King Charles III of England to attend the events marking the State Funeral of Her Majesty Queen Elizabeth II. The invitation was recieved just last Friday.

"He should give a back pass to those begging to attend. We beg you Otumfuo because we don't have names." He said. 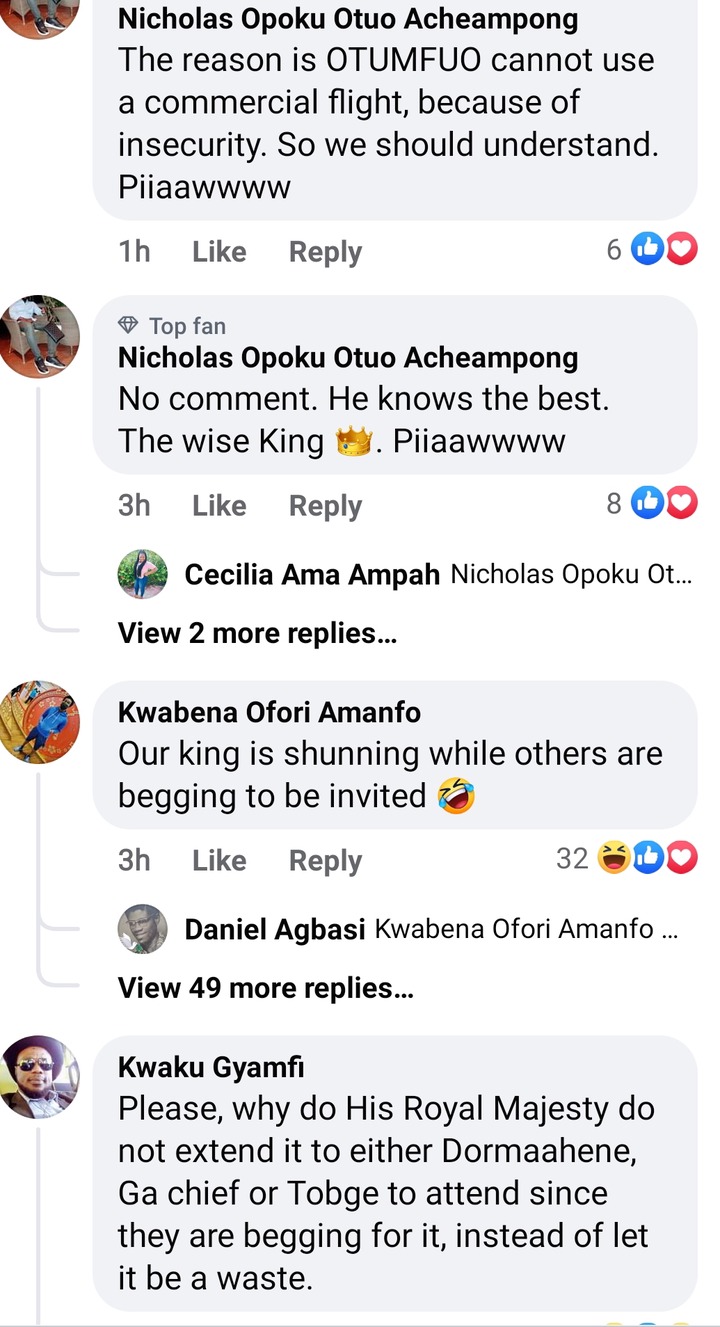 "Please, why don't His Royal Majesty do not extend it to either Dormaahene, Ga chief or Tobge to attend since they are begging for it, instead of let it be a waste." A user wrote. 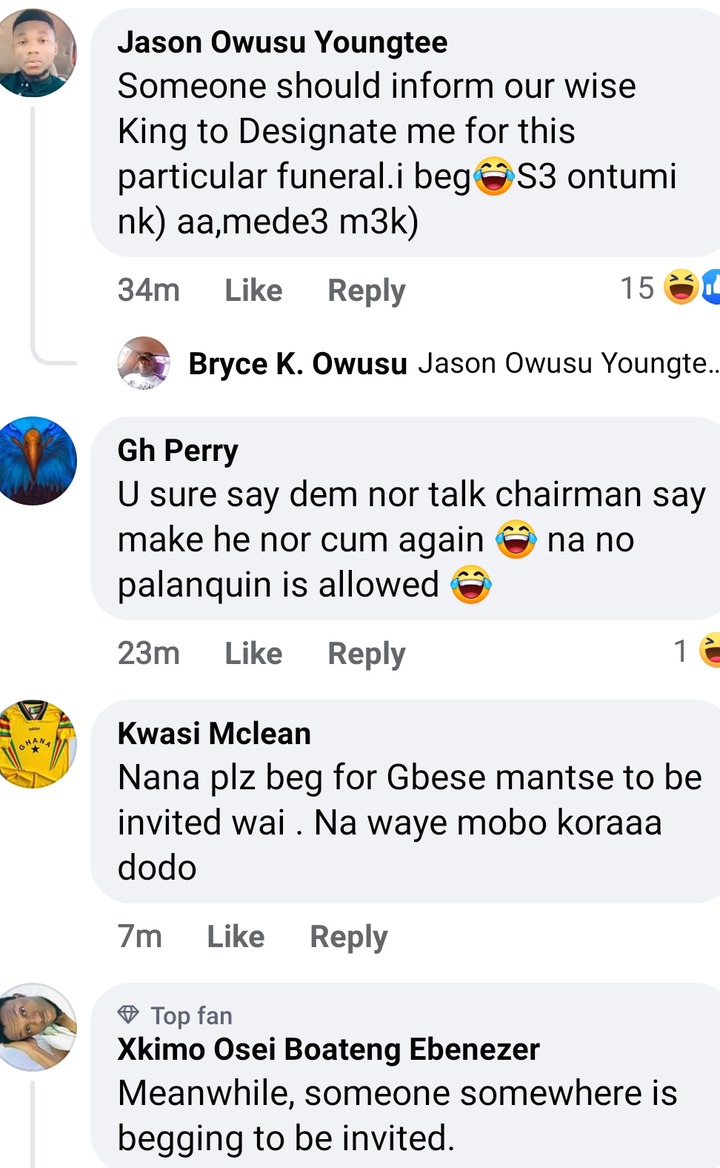 "Meanwhile, someone somewhere is begging to be invited." Others user wrote.