I Will Cause Twene Jonas Sister's Arrest - Daddy Fred 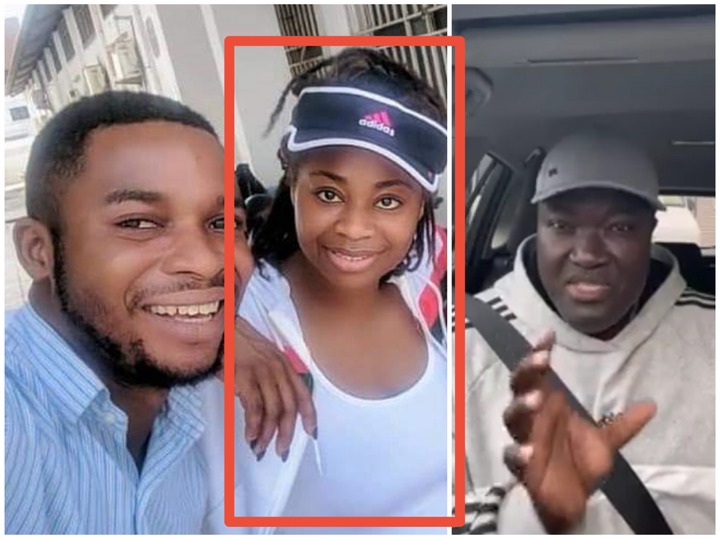 Daddy Fred of the Announcer Newspaper has mentioned that he will personally see to the arrest of Frema, a sister of Twene Jonas in the United States of America. According to him, the young lady mislead and caused panic on social media by alleging that Twene Jonas was missing.

Daddy Fred argues that Frema's commentary linked Hopeson Adorye and the governing New Patriotic Party (NPP) as being responsible for the alleged missing of Twene Jonas. But following clarification from Twene Jonas on Facebook that he wasn't in any danger but was only working on a music video over the past week, Daddy Fred had concluded that the entire social media outcry was a scheme to tarnish the image of the Ghanaian government.

He remarked that such false publications breach US laws, adding that Frema must be taught a lesson about making reckless and ill-intended comments on social media in the US. He said that his caution to Ghanaians to disregard allegations by Frema and some other persons as Kwaku Skirt and Say Da Don, were informed by an intelligence that there was a grand scheme hatched to victimize Hopeson Adorye when he exposed Twene Jonas for his lies.

"That Frema must be arrested now. The entire issue about Twene Jonas' absence which these people alleged he had been arrested or gone missing turned out to be a hoax.

"I will report that Frema to authorities for publishing fake news. She lied to disgrace the President of Ghana. She knew perfectly that Twene Jonas wasn't missing."

Daddy Fred lamented that some Ghanaians fell for the stunt and attacked the President and the government. He wondered the motive of Twene Jonas and his friends had to 'fake' that the latter was missing.

"If it's a hype you want, please don't go on this tangent. You have deceived the entire nation. I told you, people, not to trust these people. They keep insulting people and don't speak the truth. What at all were they after by insulting the President and leaders of this nation."