By Chrisdad (self media writer) | 24 days ago It is another great day to present to you what is going on globally. In today's article, Chrisdad news is going to present to you a video circulating on social media which has spotted Ghanaian female singer, Yaa Jackson in a live concert with her friend performing on stage with their melons seen from their dresses.

Yaa Jackson is a famous Ghanaian singer and a brand ambassador. She was previously known to be an actress but she shifted to music all of a sudden without giving out her reason. She has acted with some of the top actors and actresses from Ghana. She was recently accused by her brother who is now evangelist that, satan is using her to attract souls for him. His brother was also an actor but he is now an evangelist. Both of them has acted in a movie before. 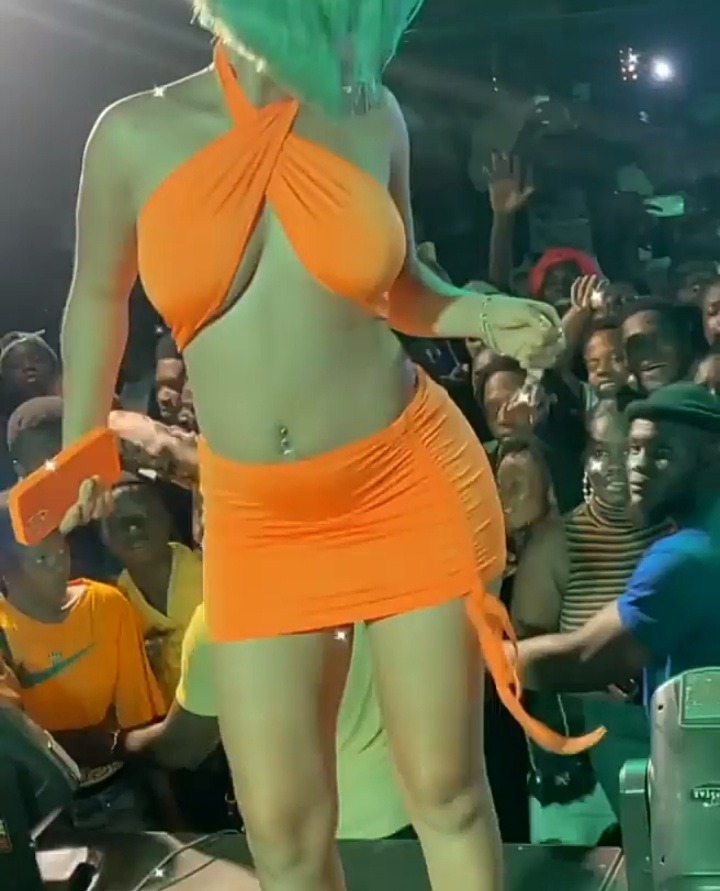 Yaa Jackson is known as an upcoming celebrity who posts most of her seminude pictures on her instagram page. She is also a brand ambassador for some of the top companies in Ghana. 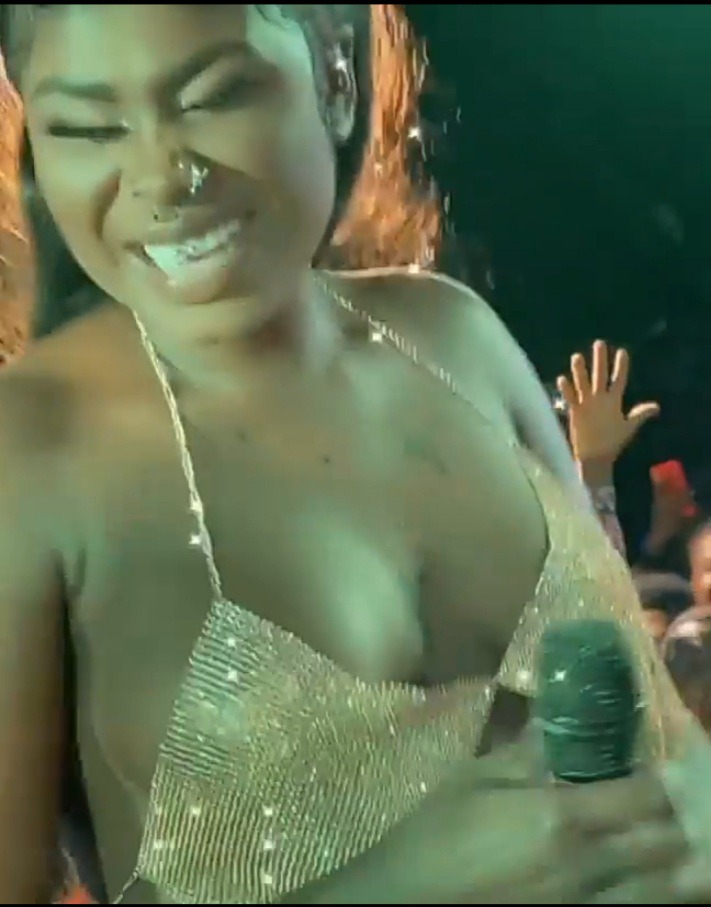 Yaa Jackson was seen in a video performing on stage with her own hit song titled "Ɛhwɛ Papa Nie," with her co dancers which their melons were lightly seen in the dresses they were wearing. This has attracted many comments from the netizens advising Yaa Jackson to desist from the kind of dresses she put on. Some of the netizens are saying, it is normal for celebrity like Yaa Jackson to put on such wear.

Just In: “We Have Arrested Shatta Wale”– Ghana Police