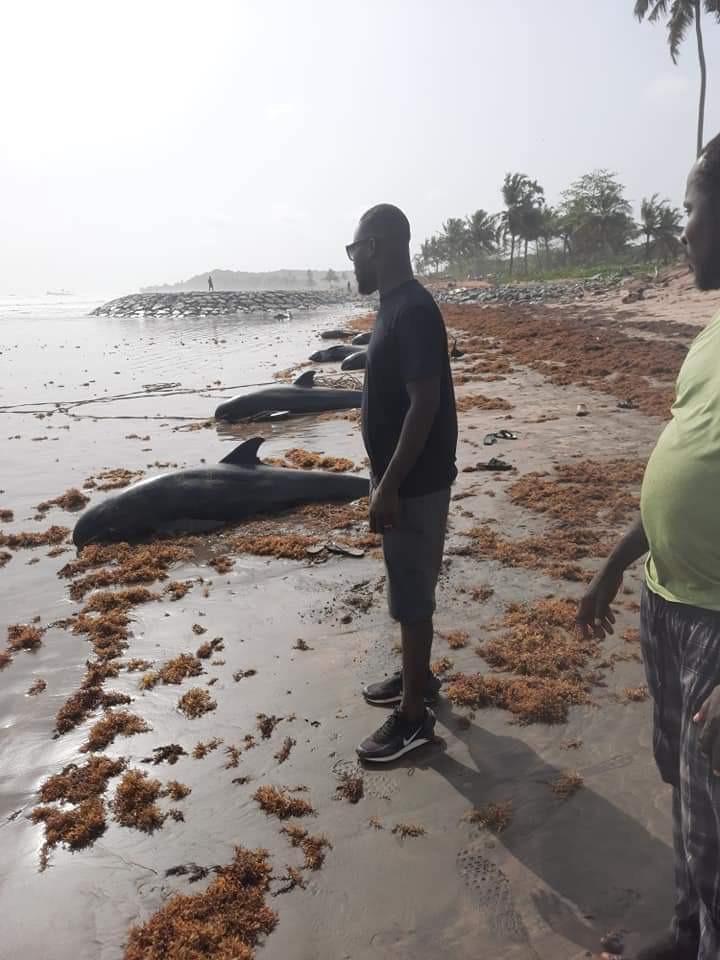 It seems there is something wrong with our sea recently, as dead dolphins are reportedly stuck at Brawire beach in Axim.

Brawire Beach is in the Krachi East in the Western Region of Ghana.

The photos was shared with this caption "Guess what is happening at Axim now. Shaol of dolphins get stuck at Brawire beach"

In the said photos, about six of such lifeless dolphins could be counted. 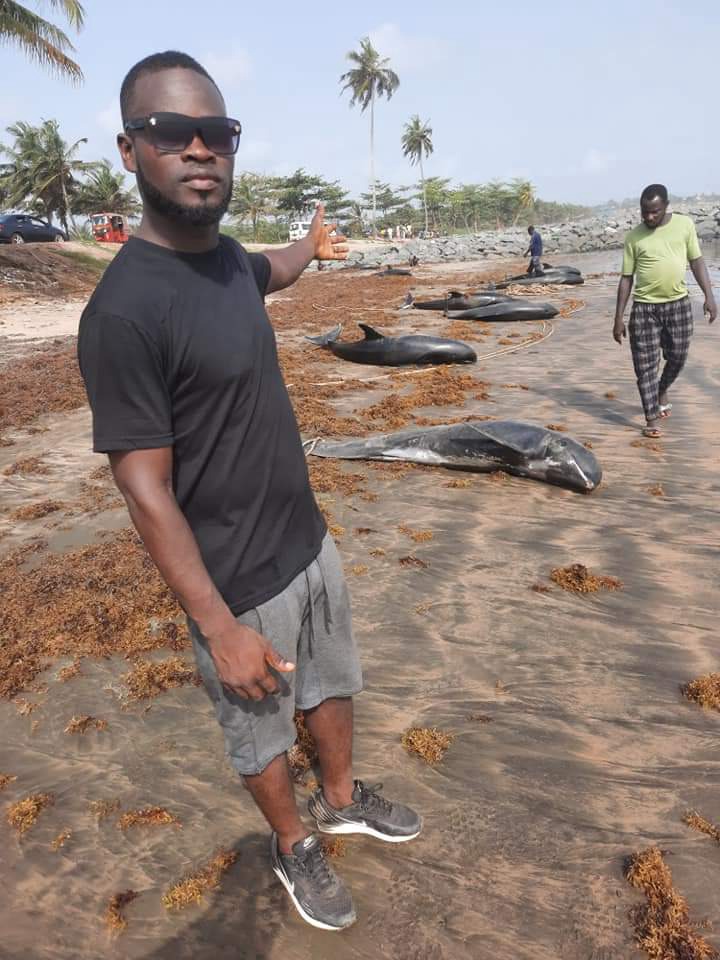 It is also reported that the same situation happened at Central Region yesterday.

Meanwhile, it is widely reported that some fishes were washed ashore the sea at Osu in the Greater Accra-Region yesterday.

As to what is the cause of these rare deaths among aquatic animals, the Environmental protection agency is yet to brief the public. Nothwithstanding, below were the cause of the incident as suggested by some fans of the musician at the comment section.

"It might be the oil prospecting at Cape Three"

"Something is very wrong in the sea brodah,Hope these people won’t think of eating them so scientist will examine them to know the cause of the problem 🤔😥"

"Dolphins are very sensitive to sound because they communicate using sonar sound a little interference like oil prospecting can be a problem for them."

However, according to Wikipedia the most common cause is reduced oxygen in the water, which in turn may be due to factors such as drought, algae bloom, overpopulation, or a sustained increase in water temperature. Infectious diseases and parasites can also lead to fish kill.

One commentator too was furious about how humans could be so wicked to animals. Below is his remarks.

How can we disturb and destroy the homes of these innocent creatures.

We watch documentaries from foreign countries about dolphins 🐬 we clap and hail them but we are here destroying them and you are wickedly saying wonders. God helps us to change our wicked minds on creatures 😭😭😭 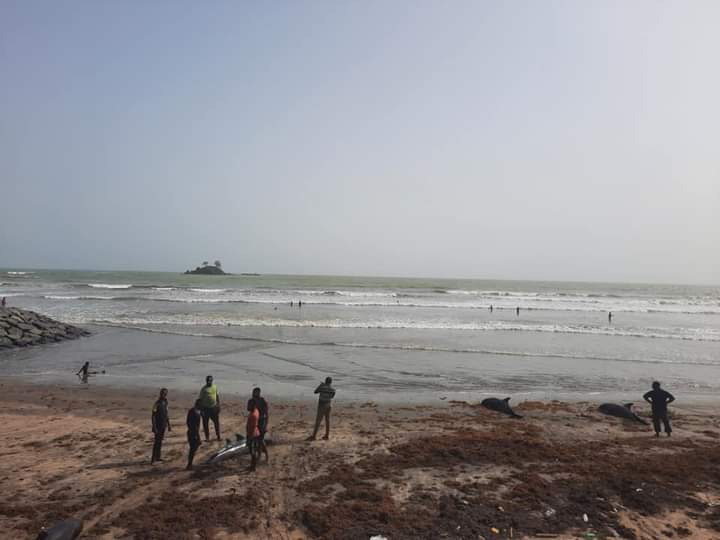 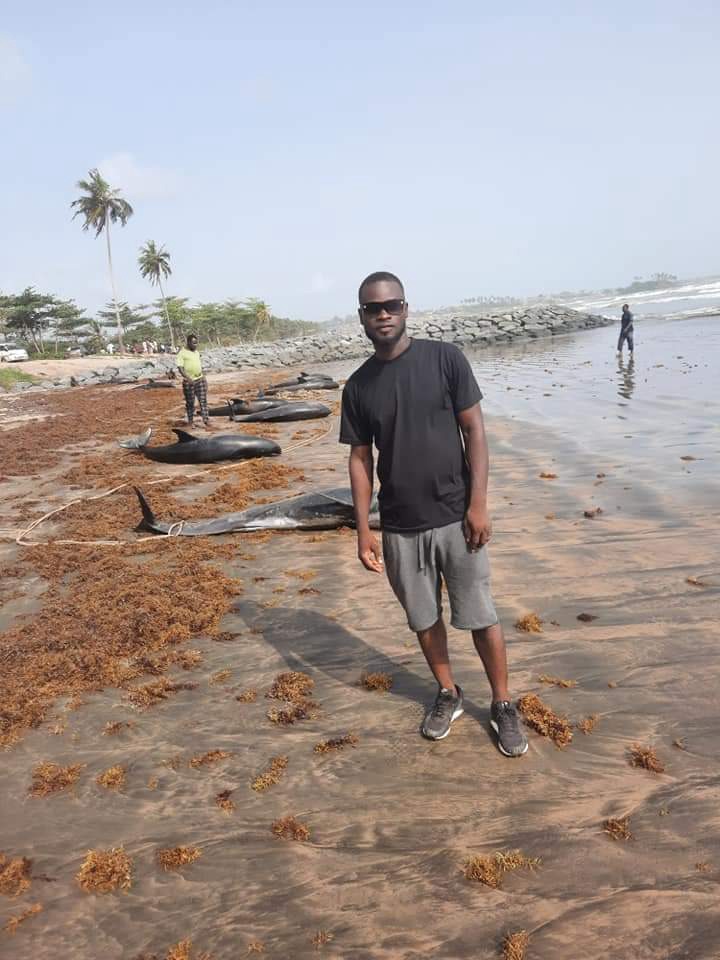