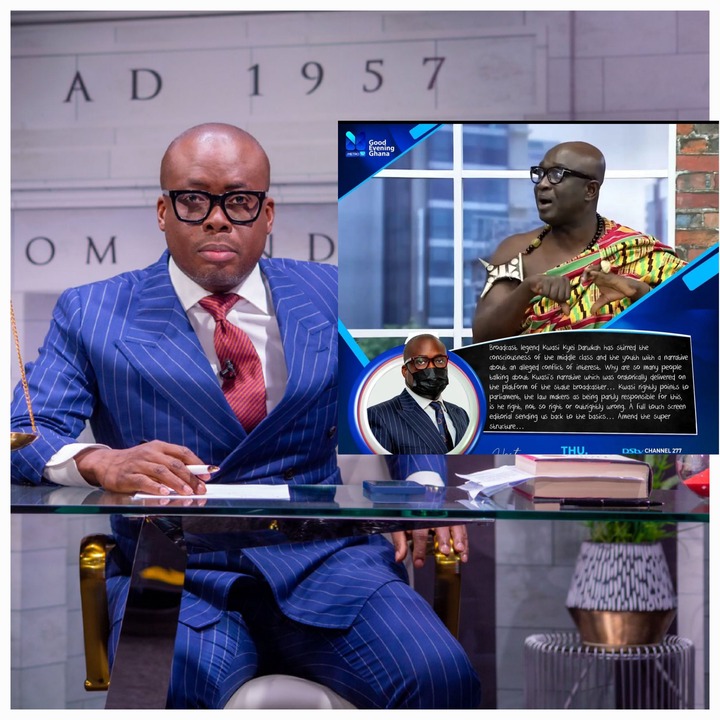 Popular political programme Good Evening Ghana will come off this evening in the studios of Metro TV. The show has risen to be one of the most watched most show because of the Paul Adom Otchere who serves as host. Most have tagged him as pro NPP and a paid journalist for the ruling government. Paul Adom has consistently critiqued those who have challenged or made certain comments about the Akufo-Addo led government.

But can Paul be blamed? He holds a position given to him by President Akufo-Addo. Well, later tonight Paul Adom Otchere will do a touchscreen analysis on certain comments made by Kwasi Kyei Dankwah, popularly called KKD. On a recent interview, KKD attacked Ken Ofori Atta for using the nation to make profit for his company, Databank. 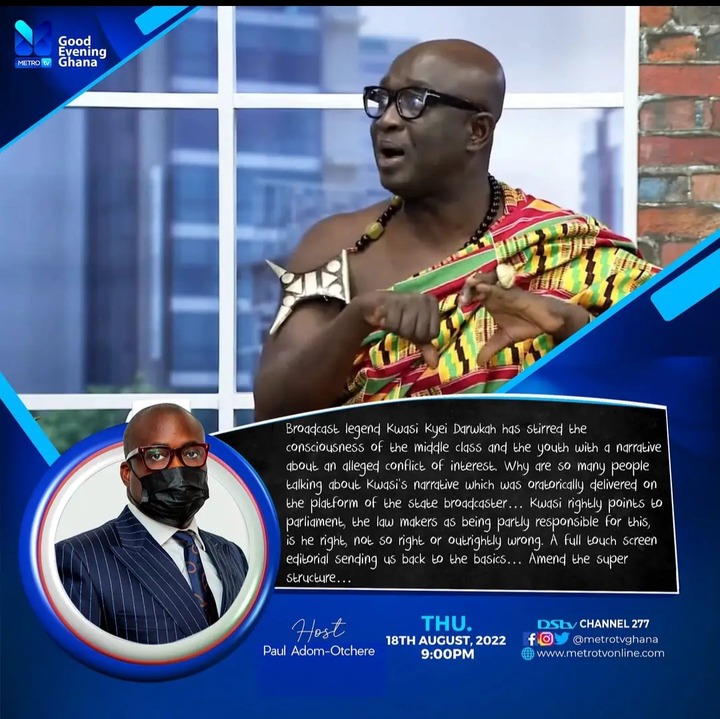 KKD questioned the role of Parliament and opined that that arm of government has not been productive. Paul Adom seeks to address some of the concerns raised by KKD. It is not surprising that he will deal with KKD for his attack on government. The last personality who suffered that was Murtala Mohammed who was lambasted with by Paul on his show.

Ghanaians are reacting to this upcoming programme. Check out some of the comments. 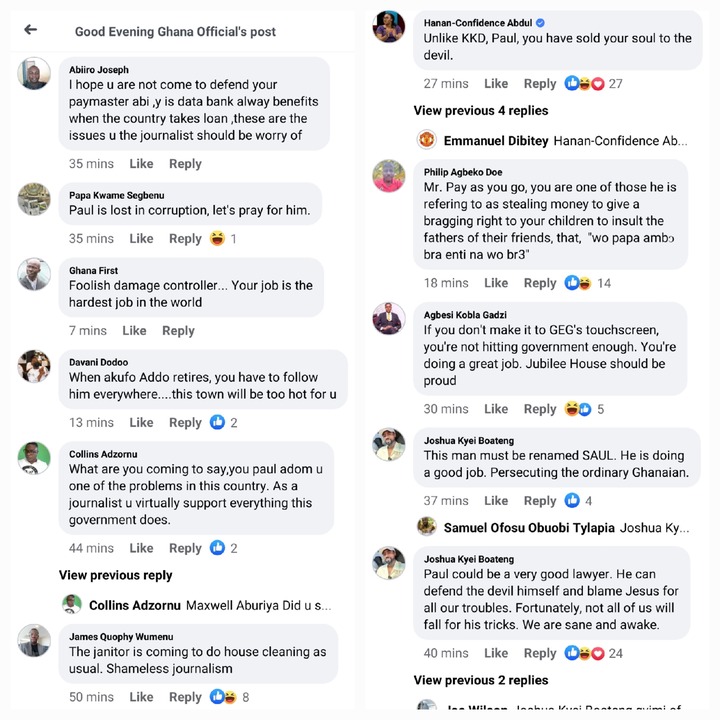