Influence of music videos and audios on children 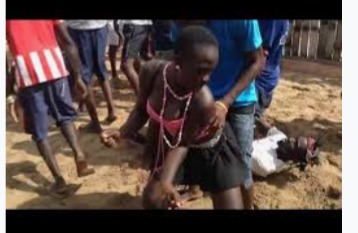 Please note that everything is correlated to worldly songs. Thank you.

Every day, we hear new songs popping up. From the record, more than 1 million songs are released annually.

Most of them are assessed as good others too are regarded to be against social norms and standards due to the choice of expressions.

Furthermore, some songs show a whole lot of adulterous scenes, which sometimes causes them to be banned.

Through songs, some musicians proceed an advantage to show viewers and listeners things that are not to be shown.

Everything in this world has its advantages and disadvantages.

For me, the harm in it is the influence on children.

Now the music industry is filled with young guys, a whole lot of children and teens are deeply in love with songs. If you take 100% of songs downloaded, more than 60% are downloaded by teens and youngsters.

We all know how phones and the internet have become so common in this 21st century.

And when we talk of children we are not talking of toddlers. Youngsters between the age of 5-12 years.

Therefore, the widespread of these technologies have so much penetrated through, most of the children in terms of utilization.

As it is known that youngster learns things faster, there is no doubt that they can not surf the internet.

What I have also realized now is, most parents are failing to enact their home duties, due to work burdens and other staff.

Due to this, a whole lot of secrets are kept from parents by their children.

Some parents are sometimes shocked when they hear their youngsters singing a whole song's lyrics.

This is due to the rare and lukewarm disciplinary actions they give out to youngsters.

How can these songs affect the child's life?

In so many ways can songs affect these youngsters, from personal life to education and spiritual life.

In ghana, when you look at most unruly children, they are mostly lovers of too many songs.

This has led to poor performances in their educational background.

Instead of learning, some children rather take the other turn on listening to music and also watching their videos.

If this happens, won't they learn stuff from them? Yes! They are going to learn.

Whatever that pops up, whatever words that come out, whatever scenes that show up, they will learn. Children's minds are adapted faster to things they are surrounded with more than adults.

So the probability of learning is very high.

Instead of educational stuff filling in the memories of our children, song's stuff is crammed up.

If our youngsters can learn a whole lot of lyrics, wouldn't it be beneficial if we allow them to replace them for educational stuffs?

Content created and supplied by: Prince0020 (via Opera News )