Morning show host of Onua TV Nana Angel Captain Smart is all over the internet again. This time he is been chased by some social media activist to quickly render an unqualified apology to all Ghanaians.

According to them, Captain Smart quickly jumped to the defence of the Takoradi pregnant woman and her family. He was seen in videos on his Onua TV platform lambasting and using foul words against the Western Regional Minister Honorabe Kobby Okyere who came out to say that the pregnancy is fake. He labelled him as a liar doing the propaganda bidding for Akufo Addo's Government in the case.

Few days later, the lady confessed to faking her pregnancy. Social media users especially supporters of the western regional minister wants Captain Smart to come out and denounce his video. They want him to apologise for talking against Government and the minister.

According to them, he should have crossed checked before taking steps to before attacking and Criticising the Minister and Government. One of the supporters of the Western Regional Minister have served Captain Smart with a letter. He wants him to read and do the needful.

To him, that is the only way his listeners will take him serious because he goofed big time. Check out the letter below. 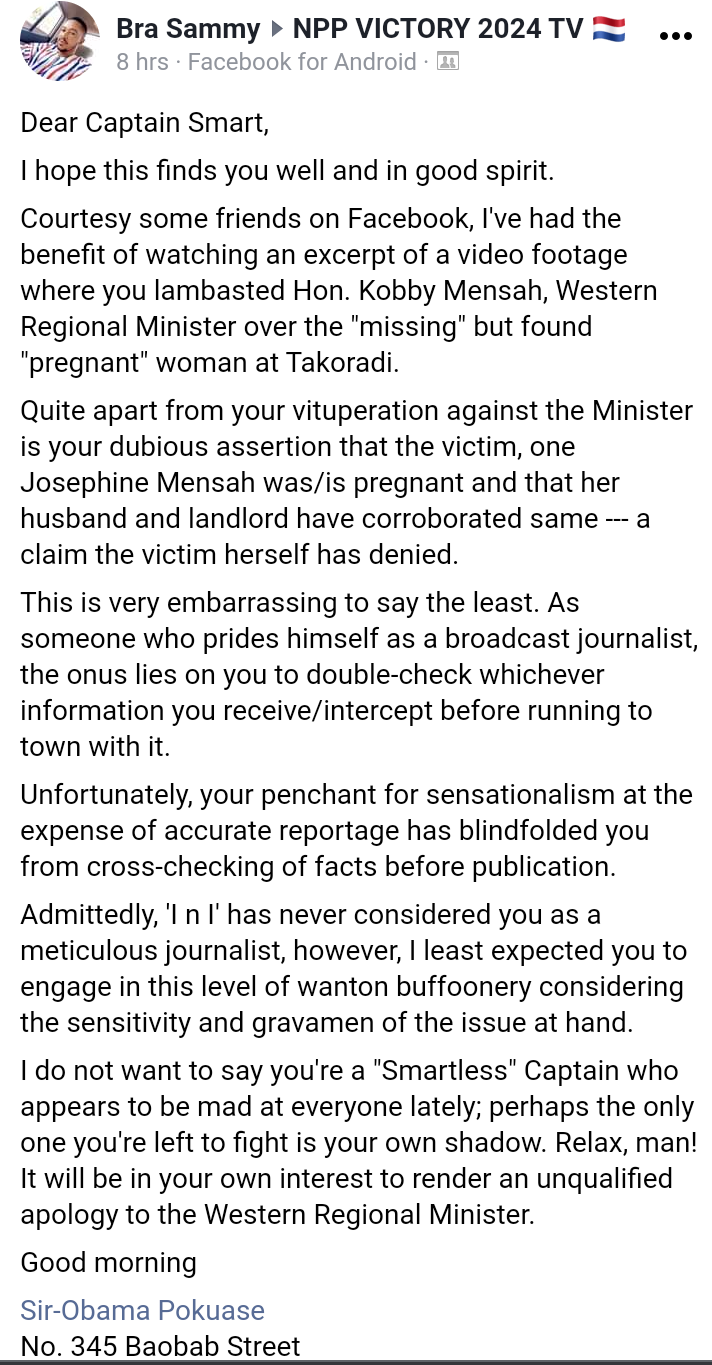 While others served letters, others also lambasted him as seen below; 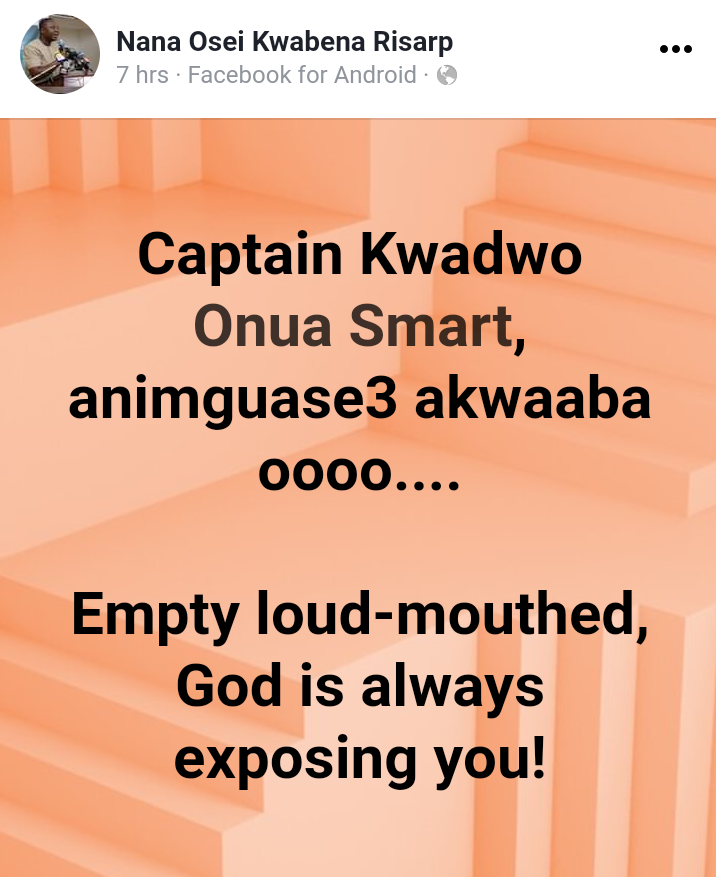