Woman narrates how she met Jesus Christ teaching her how to fix cars, becomes a mechanic later.

By YoungDapper (self meida writer) | 13 days

Meet Nigeria's "first" female mechanic encouraging other women to be independent. Sandra Aguebor, is one of the few female mechanics in her country, as the profession is largely exclusive for the men. 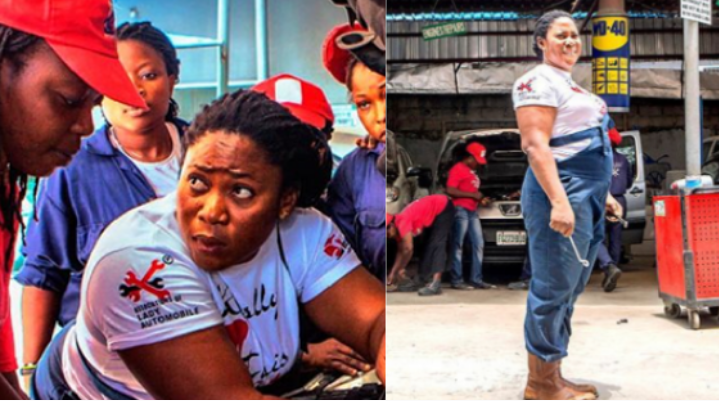 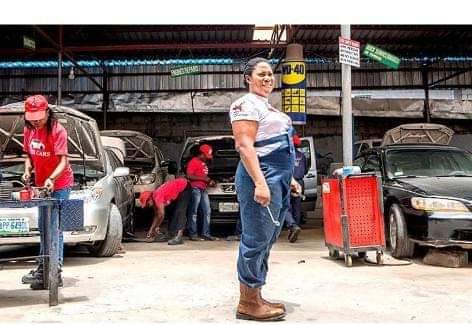 Sandra Aguebor or Aguebor-Ekperuoh is a Nigerian mechanic. She is reported as being the first woman mechanic in Nigeria. She is also the founder of "Lady Mechanic Initiative", that trains sexually abused and underprivileged women to become mechanic, and fend for themselves. Speaking on gender inequality and male privilege, Aguebor explained that she had to put in five times more effort more than men to be taken seriously, however, she decried being tagged "Lady mechanic" by her colleagues instead of just "mechanic". In 2015, she was the subject to a film, produced by Aljazeera, titled Sandra Aguebor: The Lady Mechanic, the film won awards at New York Film Festival.

Aguebor’s admirable journey dates back to the early 80s. Her love for cars developed while she was a child and "Face2Face Africa" even reported a dream she had at 13, where Jesus Christ was teaching her how to fix cars. Despite protests from her father, Aguebor was determined to pursue her passion.

Her travels to the United States and Manchester, England sealed her fate and melted away her father’s opposition. Upon their mutual agreement, he sent her to a local mechanic shop where he fixes his car after seeing female aeronautic engineers there as well.

She was nominated for the COWLSO award, an initiative established by Lagos State government in 1974 to honour individuals that have contributed to the "social welfare of the state". She was presented the inspirational woman of the year award by Dolapo Osinbajo and Governor Akinwunmi Ambode, who noted that she used her "skills and talent to make positive impact to the society in an area dominated by men". She was also given a national merit award by federal government of Nigeria.

Speaking to Vanguard, at the graduation ceremony of 50 female mechanics, Aguebor disclosed that she has trained over 700 mechanics so far. She is married with children.