By GhanaianWatch.com (self media writer) | 1 year ago 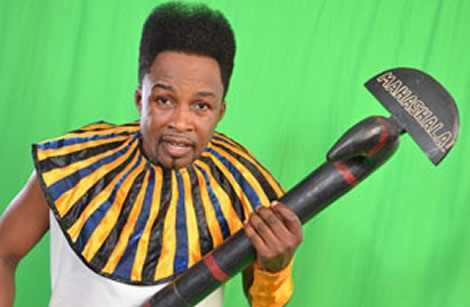 A Gospel Musician, Nicholas Omane Acheampong has hit hard on the so-called men of God who engaged in false prophecies in respect to the 2020 Presidential election, describing them as fake prophets who are only interested in their own selfish business.

He stressed that they were not speaking the mind of God, but according to the dictate of their own charismatic tendencies, idols, dwarfs and other satanic elements.

“I have worked with most of them. Most people you see as men of God, they are not pastors. Stop following the so-called men of God for the majority of them are fetish.”

The hit maker made this assertion when he spoke to the media in Accra.

Mr Nicholas Omane Acheampong cautioned the so-called men of God to stop dragging the image of Christianity in the mud.

I'm asking those Pastors what God were you talking about”, he intimated.

The hit maker cautioned them to stop hiding behind the name of God to propagate their personal biases .

He mentioned in particular Prophet Nigel Gaisie as someone who wanted former President John Dramani Mahama to win the election.

It will be recalled that in the lead up to the December 7 elections , a few men of God including Prophet Nigel Gaisie forecasted triumph for the National Democratic Congress (NDC)

“ It is rather unfortunate that most of them got it wrong, but what they are doing it's not anything close to the business of God.

They are doing it for themselves. They want their beloved political parties to come to power.”

“ If your a pastor and you want to join a political party go and register and take your card. When it's time for an election you can use your platform to campaign there.

“Nobody stops you from doing that. But don't use your selfish inclination to tarnish the image of Christianity.